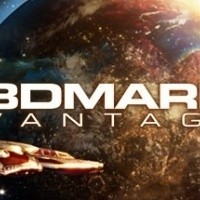 NEWS
Steam software store launches with only 7 titles, all 10% off in celebration

Steam launches their Software store, all seven titles are 10 percent off in celebration.