Universal has done right by Back to the Future fans, presenting the uneven sequel in the best possible quality.
Buy at Amazon

Back to the Future Part II 4K Blu-ray Review

Four years after the blockbuster success of the first Back to the Future film, Director Robert Zemeckis returned with the first of the two back-to-back sequels, imaginatively titled Back to the Future Part II which helped propel the series from a once-off hit, to a cherished and timeless trilogy.

A throwaway line provided at the end of the first Back to the Future provides the basis of the plotline for Back to the Future Part II ("It's your kids, Marty! Something's gotta be done about your kids!"), but make no mistake - this trip is far darker than its predecessor and serves as a bleak middle part to an otherwise wide-eyed and wholesome franchise, in a similar vein to The Empire Strikes Back was to Star Wars

Having now caught up to and surpassed the once futuristic setting of 2015 - now several years in the past and full of technology that hasn't quite eventuated - such as hover vehicle, self-lacing Reeboks, and most importantly; hoverboards, Back to the Future Part II remains a slightly uneven, but tongue in cheek and highly entertaining entry in an otherwise exemplary film trilogy. 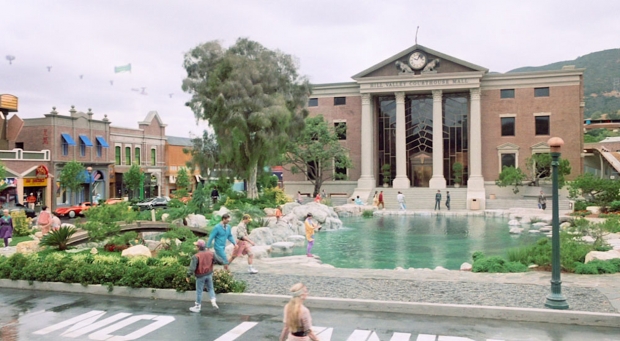 Back to the Future Part II is presented in its original aspect ratio of 1.85:1, encoded with H.265 compression, and finished with a Dolby Vision and HDR-10+ HDR pass, which also features a base HDR-10 layer.

As with the first Back to the Future Universal has scanned and digitally restored the original camera negative into a brand new 4K digital intermediate, which immediately makes all masters (and previous home video releases) utterly redundant.

As with the first Back to the Future film, the fresh 4K remaster injects new life into the 1989 sequel, allowing it to shine as it never has before. It's hardly the most stunningly shot film of all time. It doesn't naturally lend itself to 'reference-grade' material, with much of the film set in a dark (in all the senses of the word) Hill Valley and even the otherwise colorful 2015 sequences taking place against a grey overcast sky, as well as the then envelope-pushing optical composites taking the filmed out negative back a generation or two. But the 4K restoration excels were allowed, with sharper images, ripe with depth and dimensionality, a fine grain structure, and more accurately saturated colors.

For fans intimately familiar with the film's look from successive VHS, Laserdisc, DVD, and most recent Blu-ray releases, this is a really welcome upgrade and one that's definitely worth shelling out for once again. 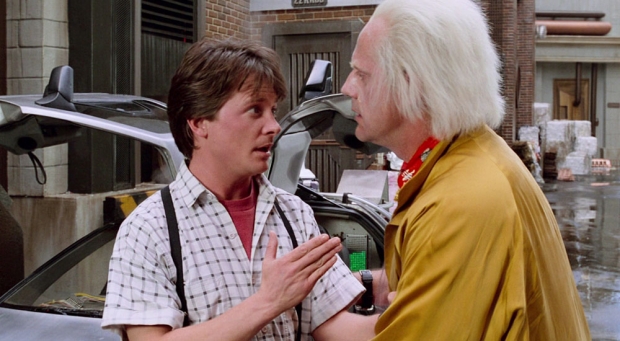 Back to the Future Part II is presented with a newly remixed Dolby Atmos object-based audio track.

Originally mixed for 4 channels, Back to the Future Part II has long sported the same, reasonably robust 5.1 audio mix for all previous DVD and Blu-ray releases. To mark the anniversary and match a stellar 4K transfer, Universal has taken the extra effort to provide an aural overhaul from the original elements, which take advantage of new height surround enabled equipment. Adding to this, the film's higher budgeted, grander scope also naturally lends itself to a more impressive, immersive sound mix, and historical and contemporary audio mixers have fully taken advantage of that.

As with its predecessor, Back to the Future Part II's sonic improvements go above and beyond simply bolting on Dolby Atmos height information - Universal has gone back to the original audio stems to improve clarity, expansiveness, and bass response throughout, providing proceedings with some much-appreciated heft. Additionally, a few minor audio anomalies that had crept into the previous 5.1 mix have been corrected here, making this the definitive way to experience the film in the home theatre. 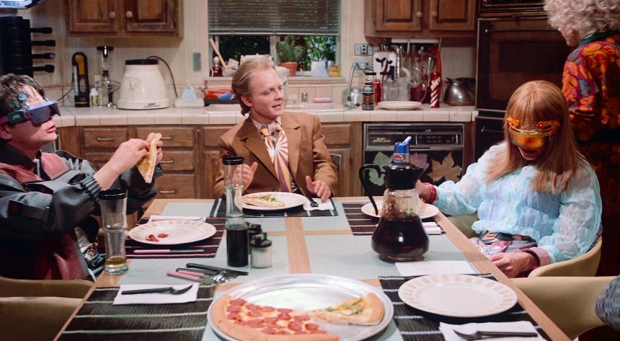 The 4K debut of Back to the Future includes a pack-in Blu-ray, which preserves the majority of bonus features from previous DVD and Blu-ray releases, with the only notable exception being the U-Control picture in picture extra from the last Blu-ray. Let's jump in.

First up is the Filmmaker's commentary provided by producer Bob Gale and co-producer Neil Canton. The duo has a good recollection of the production, and Gale, who has since taken on the role of keeper of the flame for the franchise, has some interesting stories to contribute. The second, billed as a Q and A commentary provided by Director Robert Zemeckis and Bob Gale, was recorded live after a showing of the movie with film students from USC in 2002. 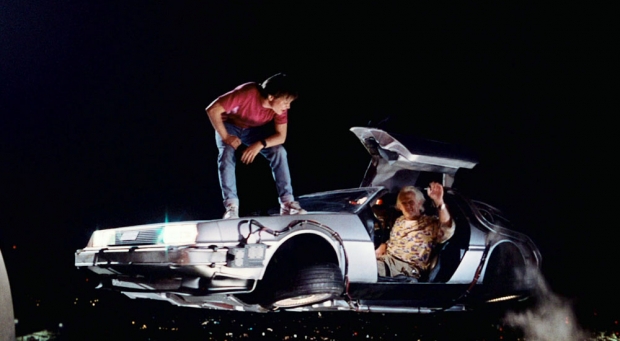 The multi-part Tales from the Future documentary equates to around two hours of content, cut into more digestible sections and divided over the three trilogy discs. The second Back to the Future disc features the next segment; Time Flies features a significant proportion dedicated to the innovative and ambitious visual effects produced at the height of optical image techniques before CG became the norm.

The section of Deleted Scenes are presented in fairly scratchy, but high definition resolution. Most scenes were fairly cut, but I did enjoy seeing the 'Burned out school' scene, which underscores just how foregone the dystopian future Hill Valley had become.

Next up are a few smaller featurettes, which are hangovers from previous DVD releases; Making the Trilogy: Chapter Twocovers similar ground to the new documentary and is now fairly superfluous. The Making of Back to the Future Part II is an ancient electronic press kit and arguably more useless than when it was first created 20 years ago.

A few odds and ends are rounded up in the final behind the scenes section, including featurettes on Physics of Back to the Future with Dr Michio Kaku featurette which brings a real-world science lens to the film's science fiction.Production design, Designing the DeLorean, Designing time travel, Hoverboard test, Evolution of Visual Effects Shots some mildly comical outtakes and a random collection of Storyboards and Behind the scenes photos. Finally, we have the original Theatrical Trailer in very basic, standard definition quality.

Universal has done right by Back to the Future fans, presenting the uneven sequel in the best possible quality.

Back to the Future: The Ultimate Trilogy [Blu-ray] 4K