Back to the Future 4K Blu-ray Review

Few films have enjoyed as sustained pop cultural impact and continued relevance, but 35 years on from its original release Back to the Future is still as charming, wholesome, and captivating as it's ever been - and grows ever more so over time. Coupled with its two sequels, the Back to the Future trilogy is a practically perfect series that bottled lightning not once, not twice but three times, and had the good sense to tap out at its peak.

When eccentric scientist Doc Brown (Christopher Lloyd) constructs a time machine in the body of a DeLorean, Marty McFly (Michael J. Fox) gets dragged into an adventure three decades in the past, which finds his father (Crispin Glover) coming of age. But when a change to the space-time continuum results in the possibility he'll never exist, Doc and Marty have to set things right in the 1950's timeline to do the same in their own. 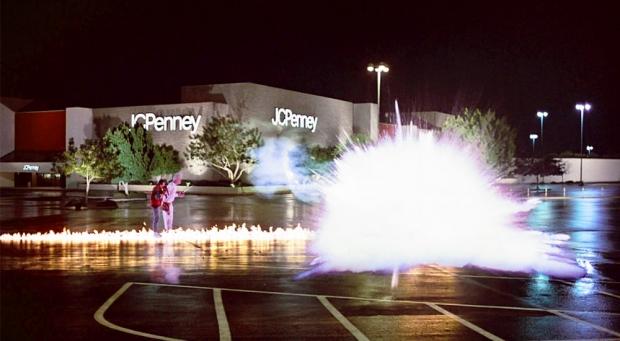 Back to the Future is presented in its original aspect ratio of 1.85:1, encoded with H.265 compression, and finished with a Dolby Vision and HDR-10+ HDR pass, which also features a base HDR-10 layer.

Its stature Back to the Future has always been reasonably well served on home video formats. However, in recent years the 2000-era HD master (itself a scan of a second-generation interpositive print) has progressively gotten become more dissatisfying and in need of a fresh remaster. For its 35th anniversary, Universal has gone back to the original camera negative for the first time since its original release, which has been scanned and digitally restored in true 4K resolution.

If I had to sum up the video transfer in a single word, I'd say 'revelatory.' If pushed, here's a few more: Back to the Future looks simply stunning, a nearly perfect result that finally reveals its full capacity. To be fair, the film's cinematography has never been stunning, and its modestly budgeted origins are sometimes in evidence. But the new transfer peels back the haze that's clouded the picture for many years, with a nicely rendered, three-dimensional image that illustrates enhanced depth, much tighter grain structure, and more accurately saturated colors.

It's not quite perfect - occasionally, there's evidence of a little noise reduction, a little aliasing, and even some minor color bleeding, but with 98% of the film looking so great, it almost feels mean to pick the nits.

Overall, this is a significant improvement and represents one of the most comprehensive Blu-ray to 4K upgrades that I've yet seen. Bravo to Universal for treating this one oh so right. 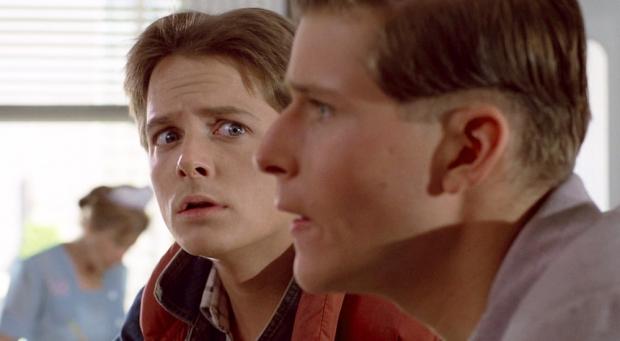 Back to the Future is presented with a newly remixed Dolby Atmos object-based audio track.

Originally mixed for four channels, Back to the Future has long sported a respectful 5.1 audio mix, which has been reused for all previous DVD and Blu-ray releases. To mark the anniversary and match a stellar 4K transfer, Universal has taken the extra effort to provide an aural overhaul from the original elements, which takes advantage of new height surround enabled equipment.

From the opening speaker explosion and infectiously positive strains of The Power of Love, it's pretty clear that Back to the Future sounds better than it ever has before. While on paper, the obvious improvement is the addition of Dolby Atmos metadata - which does provide some welcome additional air to the proceedings - the entire track features subtle to significant enhancements to clarity, expansiveness, and particularly bass response. I'm not entirely sure how they've been able to wring additional extensions from the elements, but they have, and it sounds a treat.

Alan Silverstri's classic score, perhaps his most well-known, sounds better than ever and likely takes advantage of recently discovered higher-fidelity masters, which have since been released as a separately remastered soundtrack. 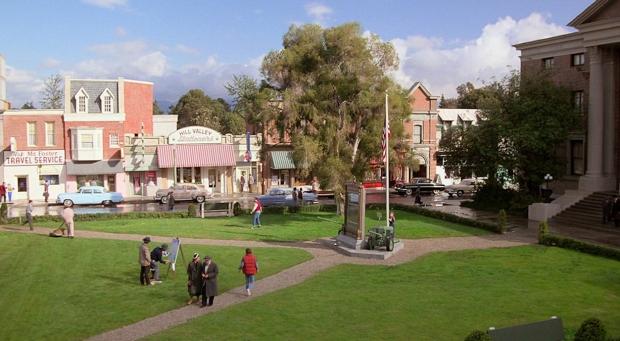 The 4K debut of Back to the Future includes a pack-in Blu-ray which preserves the majority of bonus features from previous DVD and Blu-ray releases, with the only notable exception being the U-Control picture in picture extra from the last Blu-ray. Let's jump in.

First up is the Filmmaker's commentary provided by producer Bob Gale and co-producer Neil Canton. The duo has a good recollection of the production, and Gale, who has since taken on the role of keeper of the flame for the franchise, has some interesting stories to contribute. The second, billed as a Q and A commentary provided by Director Robert Zemeckis and Bob Gale, was recorded live after a showing of the movie with film students from USC in 2002. Zemeckis is always a treat to listen to, and I enjoyed the looser style and relevant questions from this format.

The multi-part Tales from the Future documentary equates to around two hours of content, but it's cut up into smaller sections and divided over the three discs. The first Back to the Future disc features the first three sections In the Beginning, Time to Go and Keeping Time. Easily the best featurette is the first, revealing the only footage of Eric Stolz as Marty McFly that's ever been released. It's brief, with no speaking footage shown but provides fans with a glimpse at the alternate reality, which almost was.

The section of Deleted Scenes are in pretty poor condition, albeit presented in 1080p resolution. Most are self-explanatory for the excision, but the 'Peanut Brittle' scene is a nice moment that further illustrates the weakness of George McFly. Additionally, the originally scripted but unfilmed 'Nuclear test site' ending of the film is presented as a storyboard sequence, which could have been interesting but would ultimately never have worked with budgetary constraints and mid-80's visual effects technology.

Next up are a few smaller featurettes which are hangovers from the earliest DVD release; Making the Trilogy: Chapter One which repeats many anecdotes from Tales from the Future, a fluffy made for TV special Back to the Future Night and the vintage EPK The Making Back to the Future which is a quaint but charming promotional piece from a bygone era.

A few odds and ends are rounded up in the final section, including the classic Power of Love Music video by Huey Lewis and the News (which won Best Song at the 1986 Academy Awards), some mildly comical Outtakes, a few Make-up Tests and a random collection of Storyboards and Behind the scenes photos.

Back to the Future fans can dump their previous DVD and Blu-ray copies - this is the ultimate release of the film. Highly recommended.

Back to the Future: The Ultimate Trilogy [Blu-ray]