Proving that Star Wars wasn't a flash in the pan, the success of The Empire Strikes Back meant that its cliffhanger ending could be resolved in a final entry (well, for audiences in the '80s) to tie up all the loose ends and bring justice to a galaxy far, far away.

The Rebellion against the Empire rests on a precipice, with their base compromised and abandoned, Luke Skywalker (Mark Hamill) enduring a shocking revelation and Han Solo (Harrison Ford) set for an uncertain fate at the hands of bounty hunter Boba Fett (Jeremy Bulloch). When Emperor Palpatine (Ian McDiarmid) intervenes to oversee the construction of a new and infinitely more powerful Death Star, the Rebels find themselves fighting not only for the Galaxy but for their own survival.

While it serves as a neat bowtie to the original Star Wars trilogy, Return of the Jedi suffers considerably compared to its predecessor, with a weaker plot, the absence of level-headed producer Gary Kurtz, pedestrian direction and a reversion to more overtly childish elements. But there are many positives too, and in light of the recent Rise of Skywalker, there's no doubt it serves as a much more satisfying conclusion to the saga than what's been offered since. And even the most jaded fans will admit their hatred of Ewoks has probably subsided in the intervening years - but best to still not mention Jar Jar Binks. 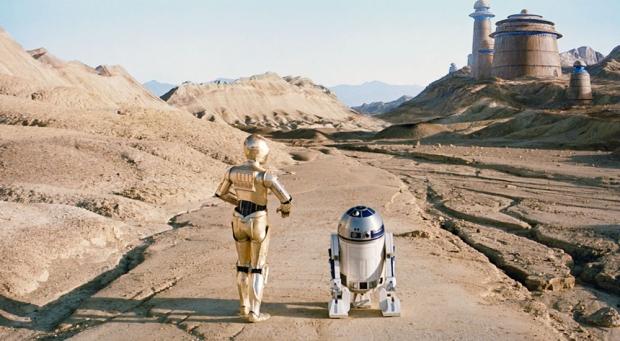 Star Wars Episode VI: Return of the Jedi is presented in its original aspect ratio of 2.39:1, encoded with H.265 compression, and finished with a static HDR-10 pass.

As with A New Hope and The Empire Strikes Back, the previously assembled 2K remasters created in 2004 by Lowry Digital have been cast aside, with this 4K transfer coming from a new scan of the conformed Special Edition 35mm negative. Without a doubt, this is the best presentation that Return of the Jedi has ever received on home video and smokes the previous Blu-ray release by every measure, but particularly in regards to image sharpness, color, and saturation.

Owing to a larger budget, good production design, and improved filmmaking techniques, Return of the Jedi has always had an impressive visual palette, and this is appropriately reflected in this transfer. The finer-grained Kodak 35mm stock reveals a wealth of clarity and nicely detailed textures. The extremes of Tatooine's desert and the lush greenery of Endor offers some nice tones, and this new Blu-ray consistently serves up pleasant imagery, without artificially boosting the saturation to the absurd levels of the previous release. The HDR grade serves as a welcome refinement but is perhaps a bit more subtle than I'd like.

Of course, nothing is ever perfect, and again digital noise reduction is an ever-present Achilles heel which varies in intensity throughout and very occasionally borders on egregious. Instances of frozen grain are also evident from time to time. The image stabilization and noise reduction techniques also make some of the matte paintings a little more obvious, mainly two scenes in the Rebel base where Han Solo bids farewell to the Millennium Falcon.

Could Return of the Jedi's 4K debut have been improved? Almost certainly. But that doesn't take away from the fact it's a very good effort and not likely to be bested for some time (in an official capacity, at least). 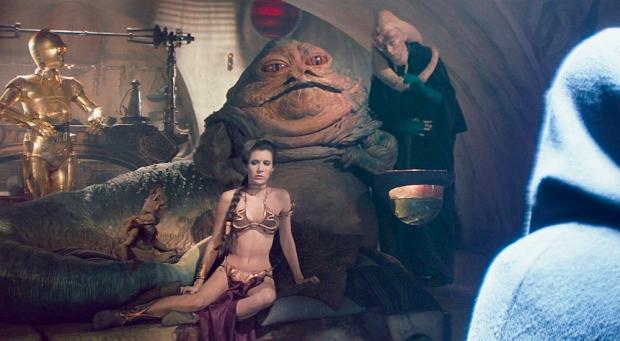 Building on the 6.1 remix prepared for the 2011 Blu-ray by LucasFilm sound mixer Matthew Wood, the new mix is an essentially flawless presentation of the film which wrings every bit of sonic detail from the original elements. Jedi's enhanced visual effects and action-oriented plot gives ample opportunity for some big show-stopping moments, and the mix doesn't miss a single one. While not as detailed or tight as a more modern mix, low frequency is in abundance, and the new height channels do a decent job of carving out a more 360 degree sound field.

Except for a few audio sync mishaps which date back to the original production (Admiral Ackbar's animatronic head seems to have been barely functional), there's really not a whole lot to complain about. 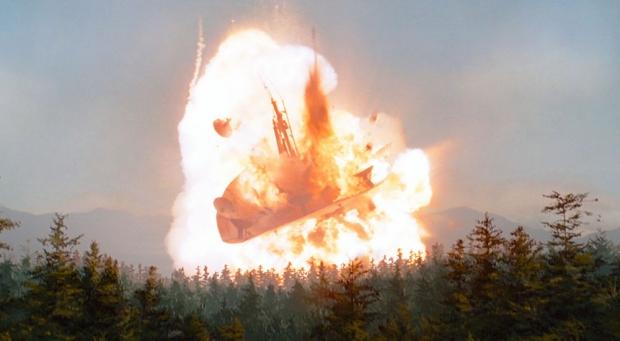 The collection of extra features for Star Wars Episode VI: Return of the Jedi are dispersed over the two included Blu-ray discs. There are no extras to be found on the 4K disc, which means there's no option to watch the 4K disc whilst listening to the audio commentaries. Such is the prestige of Star Wars that Disney Australia has reversed their one-disc standard approach to 4K releases in this country, bundling each title with not one, but two Blu-ray discs. This is a welcome change, but I suspect one that will be short-lived.

The vast majority of features have been ported over from the previous Blu-ray release, except for two brief featurettes, Conversations: The Effects and Discoveries from Inside: The Sounds of Ben Burtt which amount to roughly 14 minutes of footage. Produced by documentarian J.W. Rinzler, these pack a lot of information in their short run time but are just far too condensed to get excited about.

Returning are two audio commentaries return, the first featuring with creator George Lucas, actress Carrie Fisher, sound editor Ben Burtt, and visual effects guru Dennis Muren, while the second is assembled from interview comments and edited together in a fairly relevant and cohesive manner. The vintage Classic Creatures: Return of the Jedi documentary focuses heavily on the denizens of Jabba's palace, and the Eworks but still serves as a decent look behind the scenes.

Of note is that it's only offered in standard definition, despite some enterprising fans scanning a 16mm print in high definition. Surely if fans can do it, so could Disney? The five Deleted Scenes total around 17 minutes of footage and include the fabled Tatooine sandstorm sequence (even though the dialogue is difficult to hear). This is the kind of stuff that Star Wars fans waited many years to see and serve as the highlight of the bonus feature package. 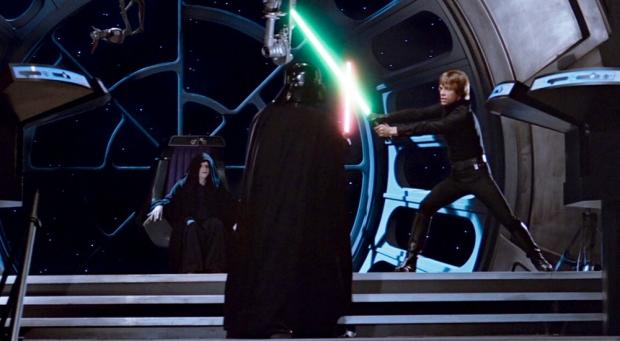 Next up are a few brief segments including Interview with Harrison Ford and Overviews of Tatooine, Endor, and the Death Star II Battle, while The Collection shows a few of the stunning models, costumes and creatures created for the film, including some of the iconic matte paintings. Finally, we have two theatrical trailers and two TV spots.

While this is a pretty good collection of materials, it's a shame that many of the legacy bonus features from the 2004 DVD release have not been included, not to mention the earlier laserdisc extras, as well as the vintage 65 minute long From Star Wars to Jedi: The Making of a Saga documentary, which was added to the Star Wars YouTube channel a few years back. But somewhat unforgivably, the epic two and a half hour Empire of Dreams documentary from the DVD set is also missing from all of these 4K releases. However, it is currently available on the Disney+ streaming service in high definition.