NVMe is a critical part of tiered storage platforms, offering increased performance for workloads that require high IOPS, such as database, workstations, and servers.

With most NAS vendors offering support for m.2 in the last two generations and NVMe support in the latest, it was time we stopped using mainstream or even budget SSDs for critical duties such as caching; enter the IronWolf 510 SSD.

The IronWolf goes above and beyond in build quality, with Seagate opting to build this drive ground up for 24/7 high endurance. This starts with the Phison E12DC second-generation datacenter controller that both pushes capacity handling to 3.8TB and performance to 3.2 GB/s. Added features of this controller include PLDP, end-to-end data protection, and AES 256-bit encryption.

Paired with this, Seagate chose BICS3 from Toshiba, which is a prevalent choice for the E12 controller and the same NAND used on the FireCuda 510. DRAM cache is quite hefty for the 960 and 1920GB solutions at one and 2GB, respectively.

The MSRP of the Seagate IronWolf 510 starts at $120 for the 240GB model and climbs to $540 for the 1.92TB. Warranty sits at five years and includes two years of data rescue from Seagate. 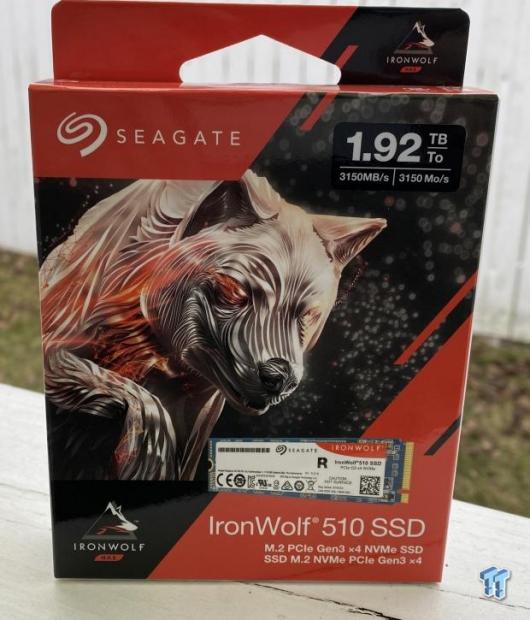 The edge of the drive offers drive specifications in multiple languages. 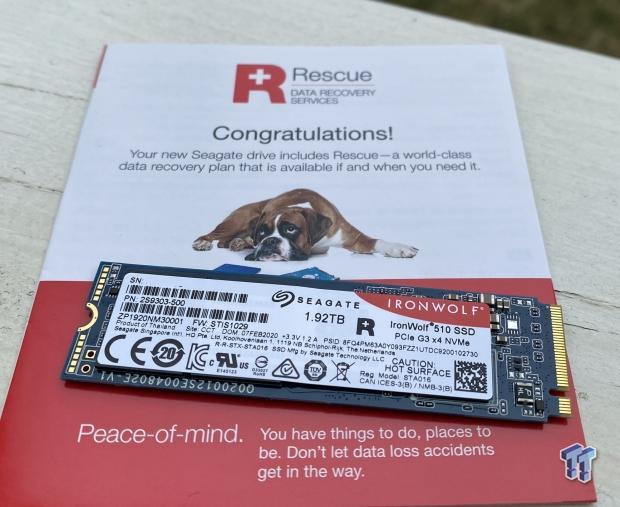 Unboxing, we have the drive and reading materials for Seagate Rescue. 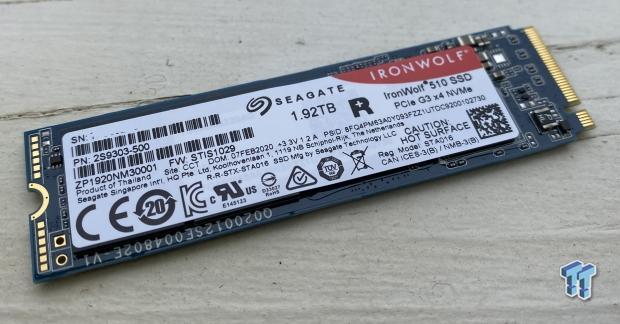 Capacity and drive information is listed on the sticker above.

The drive itself houses four NAND packages, two DRAM packages, and the Phison E12DC. The form factor is m.2 2280. 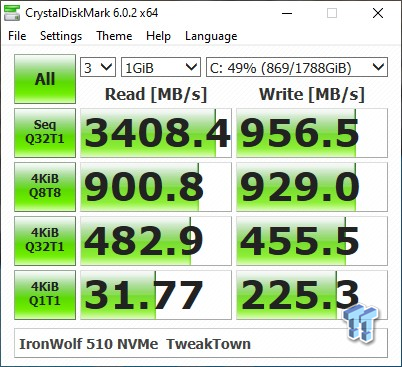 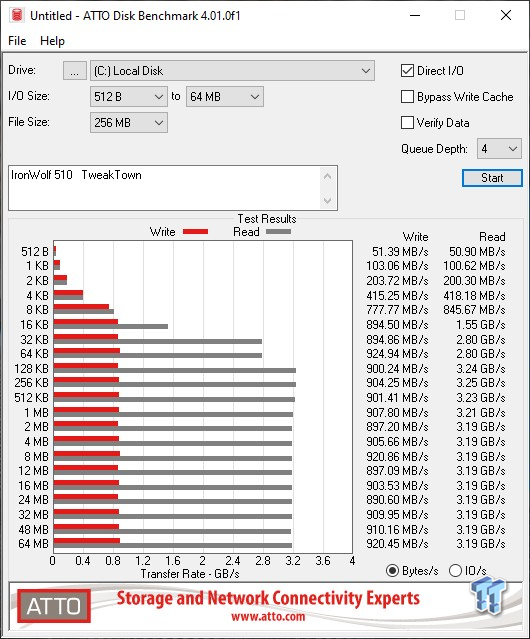 ATTO showed amazing consistency for the IronWolf with reliable write performance from 16K through 64M and that same level for read, 128K through 64M. 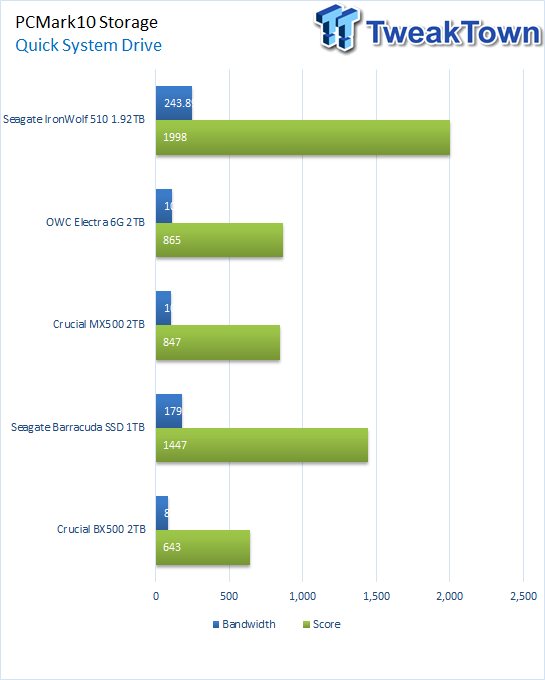 PCMark 10 showed a pretty reliable performance for the 510 as a system drive. Bandwidth reached 243 MB/s. 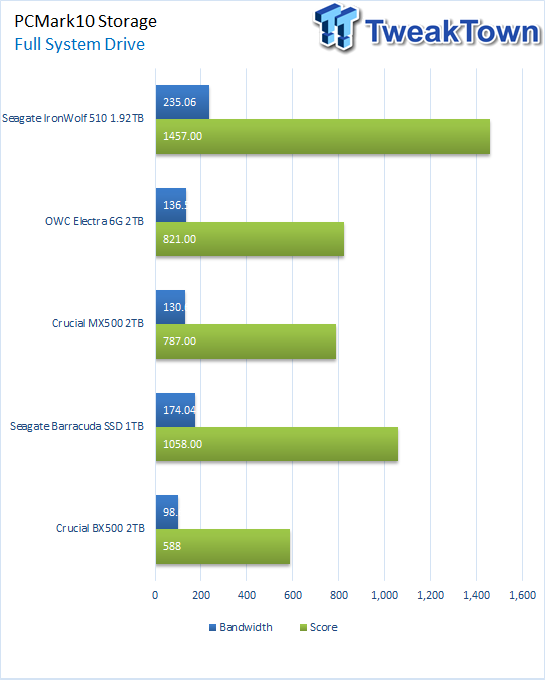 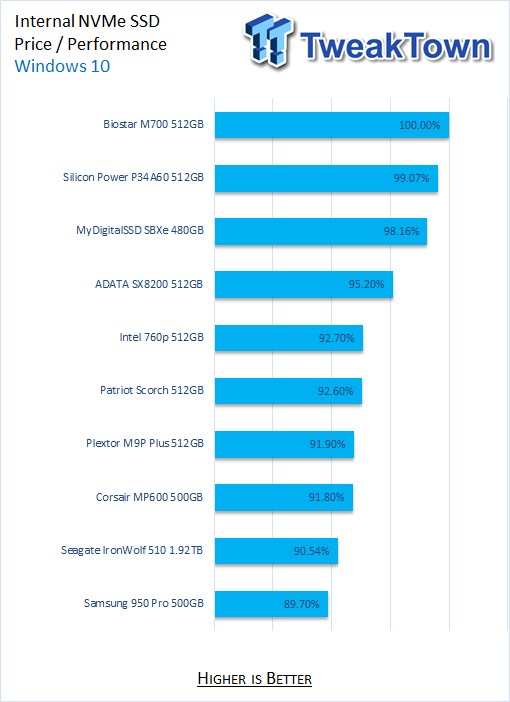 Price/Performance is a bit crooked because the 510 is not technically a consumer-class solution. The added cost of the 1.92TB model certainly adds to this; that said, it did come in at 90.5%.

First things first, the IronWolf 510 is not meant for your OS or as a secondary game drive. That said, the build quality and, more importantly, endurance is out of this world.

For comparison, the TBW for the IronWolf 510 its nearly three times higher than the 970 EVO Plus at the 2TB capacity, and while it does lack the write performance of mainstream NVMe solutions, there aren't many Gen3x4 solutions reaching 3400 MB/s read at this time.

Testing started with CDM, reaching 3408 MB/s read and 956 MB/s write. ATTO showed remarkably consistent performance with write performance hitting 900 MB/s with file size down to 16K. Read performance kicked up to a peak at 128K, reaching 3.2 GB/s. PCMark 10 offered insight into the drive's performance as an OS solution, doubling the performance of most drives tested to date.

Cost is a killer for the 510 as a mainstream solution and will certainly weed out those that just want a drive. For those that take storage seriously, I'm intrigued how well the 510 would work as a game drive given the increased endurance. 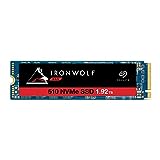 Seagate's IronWolf 510 m.2 NAS SSD is legit and worth every penny for those that want increased drive endurance with fantastic read performance!