It's still the film that sunk the Batman franchise for nearly a decade, but it's a guilty pleasure for this reviewer, and there's no denying the impressiveness of this 4K remaster.
Buy at Amazon

In all my years reviewing films and lurking in film forums, there's very few films that unite audiences in hatred as Batman & Robin does, which sits at just 11% on Rotten Tomatoes. It is today as it was in 1997; an over-the-top, bombastic sequel with a plot firmly entrenched in fantasy, filled with silly puns from actors hamming it up for the camera, more glitter and camp than a mardi gras and all quite removed from the grit of the Burton films. And all that said, I'm going to completely destroy my credibility by admitting I still enjoy every second. 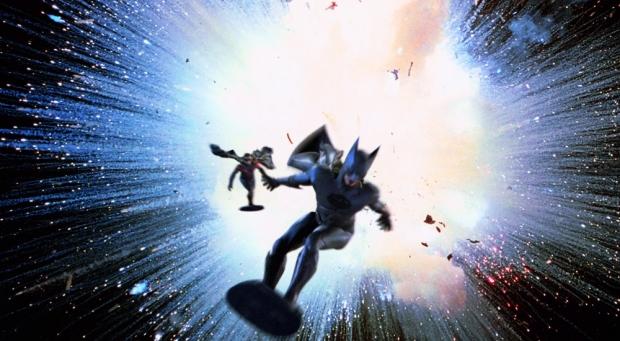 Joined by his new crime-fighting partner Robin (Chris O'Donnell), Batman (George Clooney) faces off against a trio of new villains in town; Mr Freeze (Arnold Schwarzenegger) who aims to bring never-ending winter to Gotham, Poison Ivy (Uma Thurman) who wants plant life to reclaim the world and her ill-tempered off-sider Bane (Jeep Swenson) that just wants to smash it all.

While many Bat-fans recoiled at the wholesale changes and merchandise-friendly tone of Batman Forever, the film was a hit where it mattered and gave the green light to amp it up further for the next incarnation. Ultimately, the studio and writers badly misjudged what audiences wanted and more importantly, expected from the franchise, which shelved it for eight years until Christopher Nolan came along. But while its reputation precedes it (currently sitting at just 11% on Rotten Tomatoes), I've always had a bit of a soft spot for the film and there's no denying that it scrubs up extremely well in this remastered 4K release. 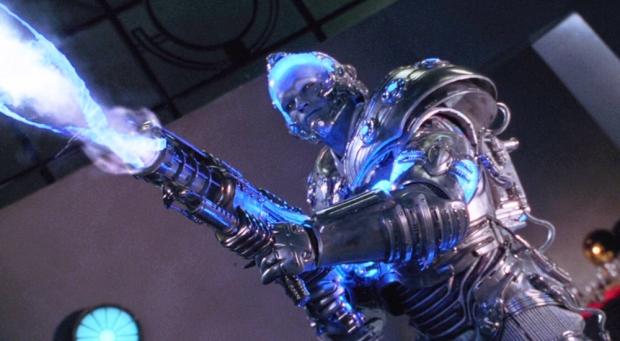 Batman & Robin is presented in its original aspect ratio of 1.85:1, encoded with H.265 compression and finished with a static HDR-10 pass.

As with its three predecessors, Batman & Robin benefits immensely from a brand new 4K scan of the original camera negative, that ensures the previous HD should remain a distant memory. Produced at the peak of the photochemical generation before the creation of Digital Intermediates became standard, there's plenty of fine detail to be mined from this new 4K image. Whilst some of the 1997 CGI is left a little exposed by, the wide color gamut helps to blend them into the image a little more convincingly.

It's a somewhat perverse outcome that some of the most critically mauled films get coupled with some of the best video transfers, but no matter you're opinion Batman & Robin will never get a better release than it does here. 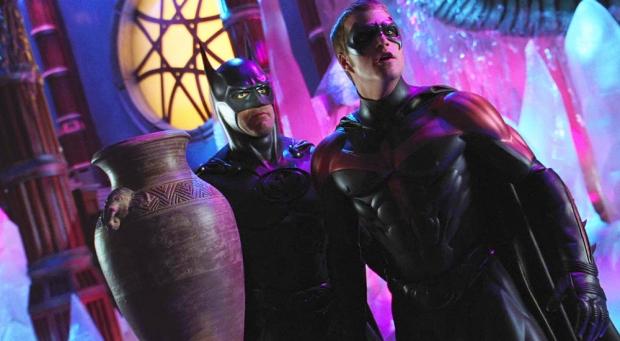 Ramping up what was already quite a spirited 5.1 theatrical soundtrack, the new Dolby Atmos mix takes things up a notch ever so slightly without betraying the intent of the original sound designers.

The bolted on height channels provide some subtle new separation and directionality to a number of sequences. Take for example the rotor blades of Two Face's helicopter as it slices into Lady Gotham's statue, or the subtle reverberation of the Riddler's lair during the climactic battle. This is very nice work which envelopes the listener and drawing them into the film. Bass is strong and responsive, but does occasionally betray its age with some boomier effects than is typically standard today. 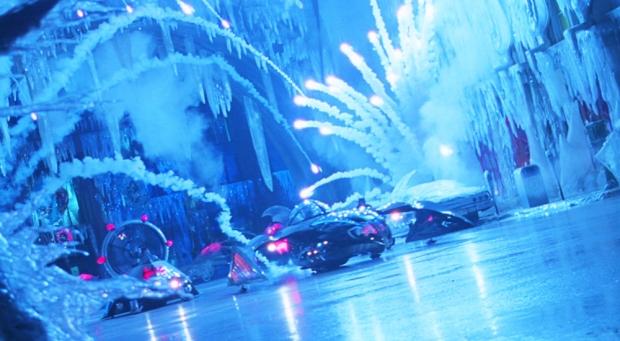 Roadshow have included the previous 2009 Blu-ray release as a pack-in, so this 4K Blu-ray release plays as a best-of that includes well over an hour of documentaries, featurettes, music videos and trailers from previous home video releases. Key highlights are the The Cinematic Saga of the Dark Knight: Batman Unbound, which finds a very humble Joel Schumacher apologizing repeatedly for fan disappointment, a theme which also carries over to the Joel Schumacher Audio Commentary. The studio comes in for a whack when it comes to the merchandising of the film, which Schumacher holds impacted on the film as a stand-alone product - it's hard to not see his point.

It's still the film that sunk the Batman franchise for nearly a decade, but it's a guilty pleasure for this reviewer, and there's no denying the impressiveness of this 4K remaster.