Under the helm of critically adored director Rian Johnson, The Last Jedi is as crazy-brave as its predecessor was safe, steering the franchise into uncharted territory and willfully (even somewhat gleefully) trashes the breadcrumbs of its predecessor The Force Awakens, and audiences expectations alike. Freed from the expectations of hype, and with ample time to have digested the shocks. Fans can now enjoy the film at home, in quality unmatched by any Star Wars release before it. But for this long-term obsessive, easy access to the film only serves to amplifies its worst transgressions. 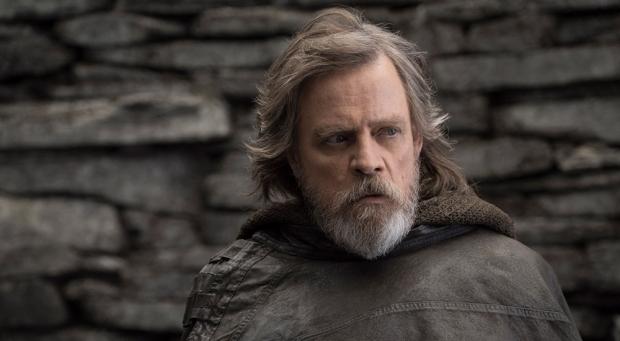 Following on directly from the events of The Force Awakens, Rey (Daisy Ridley) has tracked Luke Skywalker (Mark Hamill) to his secluded hideout, where her plans to have him train her in the ways of the force are repeatedly rebuffed. Meanwhile, the ongoing battle between the First Order has decimated the resistance, taking on heavy casualties and the destruction of much of their firepower. After a power vacuum forces their hand in one of the riskiest pursuits to date, Kylo Ren (Adam Driver) seeks to consolidate command to defeat the resistance once and for all.

Even though last December's Rogue One might have sated fans desire to return to a galaxy far, far awayStar Wars, but it hasn't necessarily made the wait for answers to Force Awakens burning questions any easier. Who is Snoke? Is Kylo Ren still susceptible to the light? Who are Rey's parents? Will Luke Skywalker restore balance to the Force once more? Well, in The Last Jedi we finally get our answers and more. It's just that they're overwhelmingly a letdown.

We Star Wars fans are a truly special bunch. On one hand we're hugely protective of the series, eagerly to gobble up all the overpriced merchandise and analyse every nugget of information provided, and on the other hand we're also some of its harshest and most vocal critics. Naturally, it was going to be no different for The Last Jedi. But it seems to me that the film is dividing fans like none before it, even as the critical class give it a clean bill of health.

From the opening scenes, it's clear that The Last Jedi is going to be a big departure from what's come before it. I won't spoil the joke (if you can call it that), but the reaction that Luke Skywalker gives Rey (and in turn, the audience) to the epic conclusion of its predecessor, signals that this is a film which is going to take your expectations and turn them on their head. That's inherently not a problem - in fact it should be welcomed. But as the film goes on, it starts feeling a little less light-hearted and almost as a gleeful attack on the fans that continue to feed the beast.

But perhaps my biggest complaint with the film is the manner in which it introduces a whole slew of new characters to an already bloated ensemble, at the cost of utterly wasting previously established characters. For just one example, the way it casually confirms the off-screen death of a fan-favorite character in a single line of dialogue is utterly unforgiveable, while a new character is given a moment of glory that should have been reserved for him.

I don't want to overstate it too much, but even though I have many complaints with The Last Jedi (and the more I think about it, the more they stack up), there's still a lot to like about the film. For one, it has some of the most impressive space battles yet seen in a Star Wars film and the reuniting with another original trilogy character was enough to bring a tear to my eye. But I can't help it. To me, Star Wars is more than just a film, and the expectations I (and many other) place on it can't be ignored.

Frequently cited as one of the most exciting young directors to come out of Hollywood in the last few years, there was much anticipation as to what Director Rian Johnson would do with the reigns of the franchise and anyone expecting that he'd play it safe like J.J. Abrams is in for s shock. Perhaps that's why the film is polarising many. But for me, The Last Jedi greatest flaw is its eagerness to disregard 40 years of narrative, in a headlong rush to craft it into something it's not. 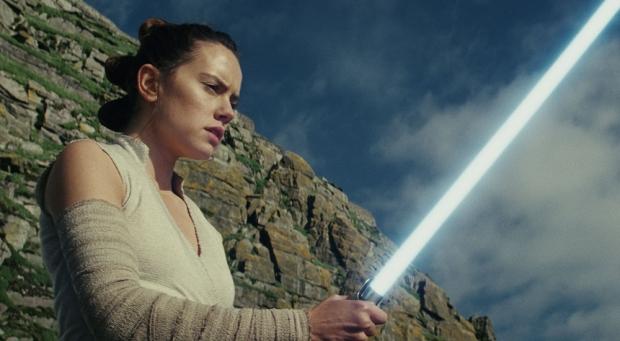 Star Wars: The Last Jedi is presented in a 12 bit, H.265 encode and finished with a Dolby Vision HDR grade, in addition to a static HDR-10 grade. The aspect is locked to its intended 2.35:1 ratio.

Breaking with the tradition set by Star Wars creator George Lucas, who used the prequel trilogy to pioneer advancements in digital photography, The Last Jedi, like its predecessor, The Force Awakens was lensed entirely on 35mm negative, before being digitised and assembled into a 4K digital intermediate. Unsurprisingly, this has resulted in an excellent, nearly perfect transfer. Eschewing the shiny CG digital 'perfection' Lucas aspired to, The Last Jedi features a totally filmic, organic presentation, which features an abundance of fine detail, and lusciously saturated colours. Very occasionally the image will appear ever so slightly soft, but this mirrors the theatrical laser IMAX session I caught late last year, such that I'm comfortable that it's an artistic choice rather than any flaw on the disc's behalf.

The encode also benefits from one of the industry's first 12-bit Dolby Vision 4K disc presentations, which builds upon the standard HDR-10 layer with a dynamic pass that automatically optimizes your display for a more consistent (and director-intended) presentation - that is, if you're suitably equipped.

The Last Jedi is certainly no slouch on standard Blu-ray in 1080p, but the 4K disc takes it to an entirely new level again. I doubt the film will ever be presented in the home domain better than what we're getting here. 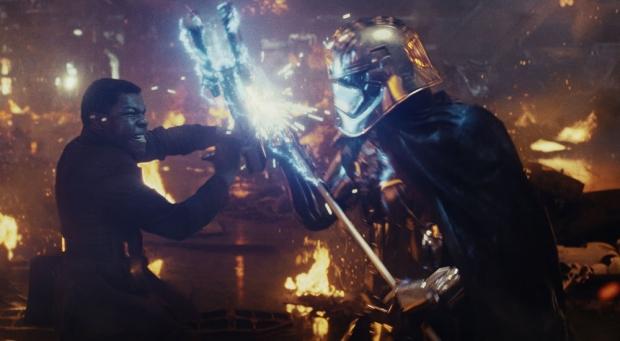 As with the Dolby Vision equipped video, the Dolby Atmos mix is a home video first for the franchise, which scales the expansive theatrical mix down to the home environment down while maximizing all available channels.

While it ticks all the right boxes from a technical standpoint, The Last Jedi might not be the most aggressive audio mix of all time (nor the most impressive), but it nonetheless makes its mark with a competent and expansive mix that adequately helps to support the on-screen visuals.

The mix does come to life during the films many action sequences, with the opening space battle pinging off the rears, and lightsabres humming with a pleasing heft in the low frequencies. Holding its own against the cacophony of sound effects that fill each channel, John Williams' triumphant score fills the room with a veritable wall of sound such that your neighbors may begin to suspect you've kidnapped an entire symphony orchestra.

For sheer sonic assault, The Last Jedi doesn't hold a candle to The Phantom Menace or Attack of the Clones, but it presents the film to its best capacity possible. 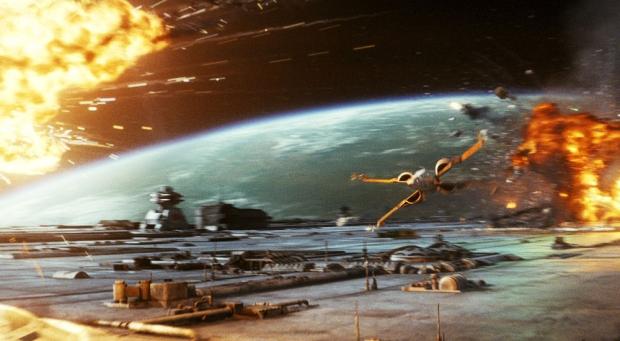 At a time when physical media remains on a seemingly unstoppable downward slide, The Last Jedi has wholeheartedly bucked the industry trend against huge special edition packages, which presents hours of high quality, fluff-free content. Let's take a look at the three biggest highlights.

First up is the Audio Commentary with Director Rian Johnson, which reveals numerous stories and trivia, as well as rationalizing the creative decisions behind some of the more controversial choices. His love for the franchise is obvious, and he's clearly enjoyed helming a Star Wars film, but I remained wholly unswayed by his arguments.

For fans, the big-ticket item here is the 90-minute-long The Director and the Jedi documentary, which is up there with one of the most compelling and in-depth looks behind the scenes of a Star Wars film since that which accompanied the premier DVD release of The Phantom Menace, The Beginning. While it doesn't benefit from the retrospective hindsight of the aforementioned, The Director and the Jedi features an abundance of refreshing honesty, giving fans a fly on the wall look at various stages of production, as well as candid interviews with cast and crew.

Finally, the 23 minutes of Deleted Scenes get fans closer to the first cut of the film which director Rian Johnson revealed was over three hours long. It's nice to see, but I think you'll agree that most scenes were wisely excised. I just wish they'd been a bit more judicious in slashing some of the more indulgent, and heavy-handed social justice sermons from the final cut.

The Bottom Line: While I fundamentally disagree with much of The Last Jedi's narrative, it's hard to complain about this superlative 4K package.