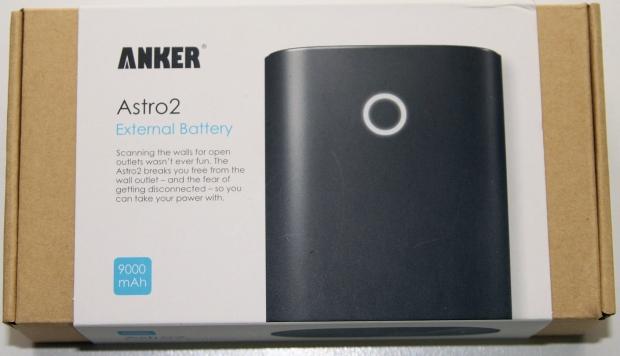 When Anker contacted me in regards to their Astro range of mobile batteries, I was intrigued. I had never heard of their batteries before, and did a little research. They have a wide range of products ranging from external batteries to keyboards and mice, and all the way through to USB 3.0 hubs, and cases and screen protectors for smart devices. 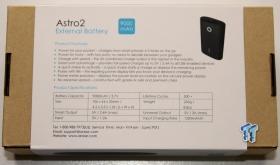 We have the Astro2 9000mAh Portable Double-USB Port External Battery Charger in the lab today, but first we'll take a look at what comes in the box. 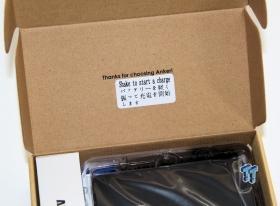 Opening the box, we have the biggest unique feature of the Astro2 - shake it to start charging your device. 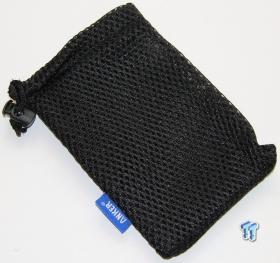 Inside the box, there is the Astro2 charger itself, a stylish pouch, an accessory bag and some booklets on the device itself. 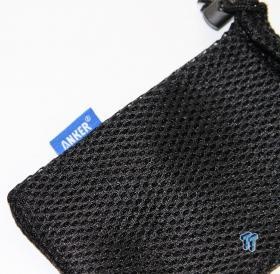 Now we have the Astro2 9000mAh charger, which looks incredibly sexy. It has a curved design and feels great to hold - not that you'd be holding it all that often. There are three ports on the rear of the device, one for input - which charges the device - and the other two are for plugging in your device to charge, or multiple devices. The "Smart" port can charge any USB-powered device, be it a smartphone or tablet, or another portable battery. 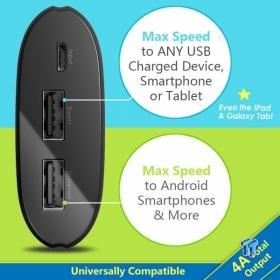 The "Universal" port is for Android smartphones and more, but you can use both ports to power any device you want to charge. There is 4A of total output, which is quite impressive from such a small charger.

Anker has been kind enough to display a list of popular compatible models of devices that will work with its Astro2 charger. You can pick up the Anker Astro2 9000mAh portable power bank for $39.99 from Amazon, down from $99.99. At $100, I wouldn't recommend it over the Patriot FUEL+ line of chargers, but for $40? Yes ma'am.

Now, the best bit: actual testing. The Astro2 charger was impressive to use with its shake-to-activate charging, but I found this feature to not work at all times. Some of the time I'd really be shaking it, to the point where it would hurt my wrist, and nothing would happen. I found this quite poor, but other times I would gently shake it and it would turn on. Not that this is a showstopper, but it did have me scratching my head.

As for charges, I was able to charge my Nexus 4 smartphone - with a 2100mAh battery - over four times from 10% without an issue thanks to the 9000mAh inside of the Astro2 battery. This was great, as I used it over a weekend where I didn't need to use my normal charger when staying in a hotel.

I took it to Canada with me to the NVIDIA 2013 Editors Day, and had it charging my Nexus 4 on the way from Sydney to Vancouver on the Tuesday, and charging it every day between Tuesday and Friday without an issue. Being able to carry around 9000mAh of portable battery is just awesome. I could have my phone in my backpack, charging away, while I walked around or sat down at the hotel, or even in the plane.

The Astro2 feels great to hold, and it's quite stunning to the eyes. Not that the aesthetics of a portable battery really matter, but to some people, it does. I quite like the look of the Astro2.