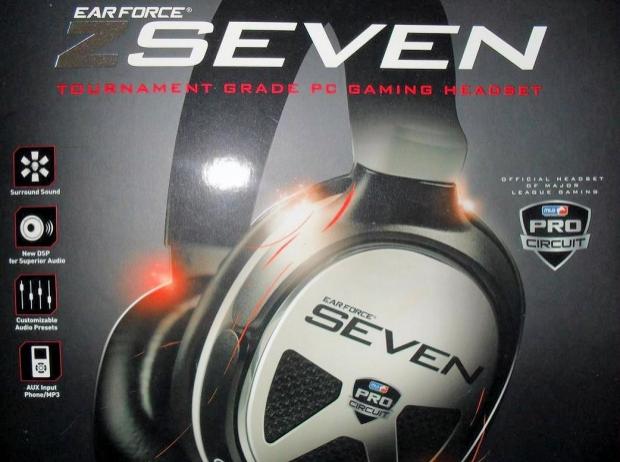 Turtle Beach some six or seven years ago were behind some really awesome gear, and if memory serves, the Santa Cruz from this company was one of the best original PCI based sound cards we ever tested. So it can be understood why there is a certain air of hope and expectancy about what for us is a long awaited follow up product test and one that promises much. 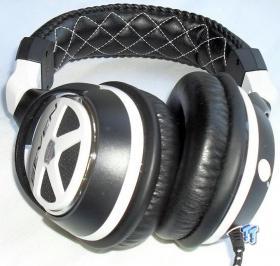 What Turtle Beach has come back with is a full blown gaming headset. It comes to us known only as the Ear Force Z SEVEN, and no, we don't really get the Z bit either, but not to worry about such trivial matters when a thorough bred of such great steed stands in our presence. So, now we know where it comes from and we have a pretty good idea of what it is all about, what else makes the Ear Force Z SEVEN any better an option over the huge amount of competitors?

The answer to that question lies in the control unit that ships with the headset. This nifty little black box of secrets is the brains behind the whole show and is likely the clever thinker that can make the Ear Force Z SEVEN a headset that is simply impossible to walk past without looking a bit more closely. 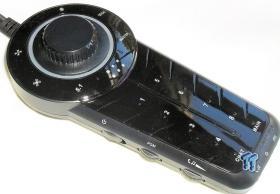 A built-in sound card is one type of solution that we are seeing more often on higher-end headsets. Basically this scenario circumvents the requirement for a hardware based sound card in the user's system, allowing for a more compact audio solution on the whole and also allowing for better matching between headset and audio processing 'brains'. 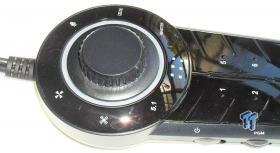 Before we get into testing though, let's have a bit of a closer look at what Turtle Beach has to say about the Ear Force Z SEVEN. 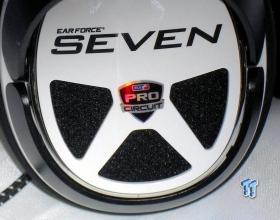 First cab off the rank here is 'Speaker Mode' which is a feature that we think is really cool. What this does is allow the control unit to be used like a hardware based sound card would be used to allow connection to a set of external speakers. To our knowledge, this is a first and really begins to cement a transition from the sound card hidden inside the case to an external more flexible design that really has endless variations.

Sonic Lens + Sound Field Expander, this is another in-built feature of the control unit that allows the user to hear more effectively, softer sounds in the environment such as enemy footsteps and so on.

Adjustable Surround Sound Angles, allows for a deeply customizable surround sound field that has being tuned to the needs of the specific user and their gaming requirements. 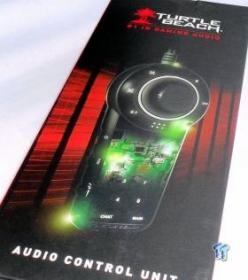 Finally worth a mention here is that the Ear Force Z SEVEN is part of the MLG Pro circuit which up until a few weeks ago when the headset arrived we had no idea existed. But are sure can only be a good thing to be involved in. 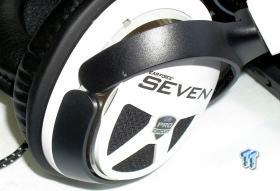 On the package side of things, we were happy to note that no expense has being spared when it comes to including cables and such with the system. In fact, we would go as far as saying this is an excellent package, which should allow for connection of the headset to most devices. 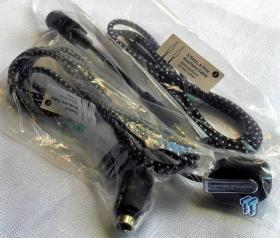 General testing of the Ear Force Z SEVEN over a variety of different sources of audio proved to be a pleasurable experience for just about all of our time spent. The headset feels great to wear on the head to with very little in the way of discomfort felt during even long bouts of use going over many hours.

Overall the headset itself is a great standalone product that does what is says and more. But when combined with the control unit as well, we really do have what we had hoped for; that being a unique and genuinely viable option for the most demanding user. 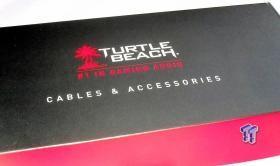 We conducted a lot of testing over a vast array of differing music styles and genres in order to gain an assessment of just how capable this headset was. Testing was conducted across an iPhone 5 running iOS 7.0 and a Windows 8 computer system using a variety of different music that tests each area of sound.

The balance of the mid-range was simply spot on throughout testing with some great sounding vocals and percussion instruments, doing a convincing job at sounding like a headset built only for music listening.

We found the high-end to be excellent overall which is saying a lot because this is one area where many headsets fall down and show their true colors. But that is simply not the case here, we thought the high-end was controlled and detailed and enjoyable just about always. 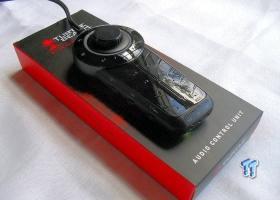 Gaming is definitely an important area that Turtle Beach want the Ear Force Z SEVEN to succeed in. And we can report that thanks to some great implementation with the control unit, things really heat up in the gaming arena. We found surround FX to be informative in terms of assisting game play, meaning that any small advantage that can be gained, will be. And overall the headset was able to convey a good feeling of emotion at all times from the gaming environment. 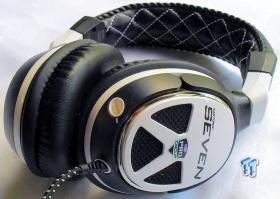 In the end, what we have here is a genuinely capable and well-engineered headset that has left a lasting impression with us. In fact, it is now our 'go to' headset for multimedia uses, simply because it's better than anything we have in our labs right now.

As soon as the box arrived on our bench, we had massive expectations awaiting this headset, after all, one of our most favorite all times companies was back again... but they do say expectation is the nerve center of all let downs. Luckily though, that is not even remotely the case because all of those exceptions and more have been met. It's a bit of a costly unit at around $250, but as they say, you get what you pay for it - and the Ear Force Z SEVEN delivers.