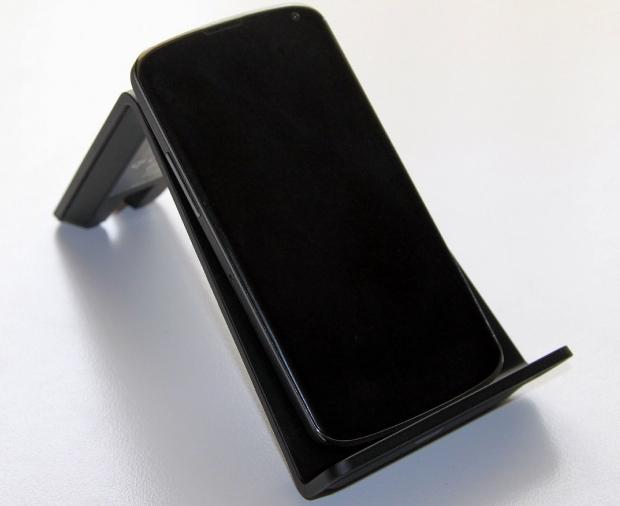 Something I never thought I'd be doing a few years ago would be charging my smart devices wirelessly. I mean, I knew it was in our future - wireless charging - but when it's sitting on your desk, it's just... glorious.

TYLT's Vu Wireless Charger is a wireless charger for your Qi compatible smartphone, so you'll have to check if your device is compatible first by checking out the compatibility list. There are a bunch of devices compatible with it, with some of the biggest devices supported such as the LG Nexus 4, ASUS Nexus 7, Motorola DROID devices (MAXX, Bionic, Mini and more), some Nokia devices, and Samsung's Galaxy S III, S4 and Note II smartphones. 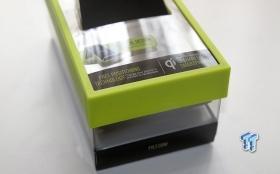 Taking a look at the box, it comes in a gorgeous container that has some very slick TYLT packaging around it. 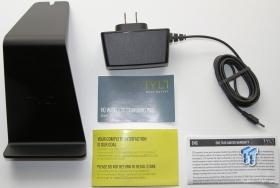 Opening the box, we find the Vu Wireless Charger, its power adapter, a User Guide, and some warranty information. 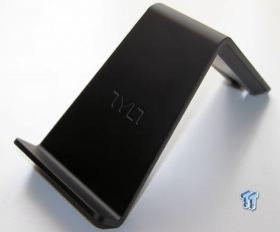 Moving on, we have the TYLT Vu Wireless Charger itself, which looks very slick. It's made from a nice rubber-feel material, and slants your phone on an angle so that you can view it, or still use it while it's charging. 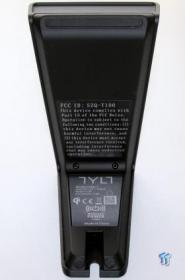 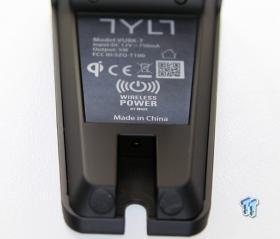 Flipping the Vu Wireless Charger onto its back, we find some FCC information, and down the bottom, we have the tiny socket to plug the power adapter into.

We used an LG Nexus 4 smartphone over a period of a week, charging it exclusively with the TYLT Vu Wireless Charger. As you can see in the image above, it sits on the device very comfortably, and is on an angle that allows it to be used very easily. 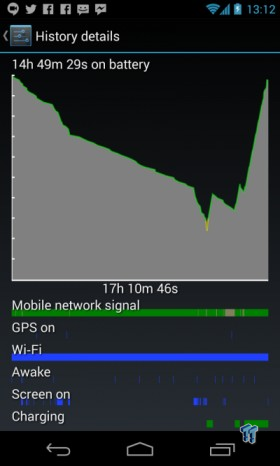 Now, let's talk about how the TYLT Vu Wireless Charger performs. I was able to charge my Nexus 4 from 15% charge to full 100% charge in a little under two hours, which is amazing. Considering this thing is charging it magically through Qi wireless technology, it's quite the feat without using a cable.

I found myself charging my phone more often, which kept it at 100% all the time. Instead of having to move from my desk, taking my phone, to only plug it in when I return, it becomes annoying. Using a wireless charger on the other hand, every time I sit down at my desk, I can just gently drop it onto the TYLT Vu Wireless Charger, and it charges. When I walk away from the desk, simply grab it - no cables holding it back. 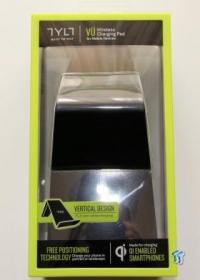 There's not much to the TYLT Vu Wireless Charger, apart from plugging it in and chucking your device on top for some wireless charging. I also used an ASUS-made 2013 Nexus 7, which charges only when sitting on the TYLT Vu charger in portrait - this isn't a huge problem, but something that you'll have to remember when charging a tablet.

Overall, I absolutely have converted over to being a wireless charging fanatic and now want multiple of TYLT's Vu Wireless Charger's around my house. One in my bedroom next to my bed, one on my desk and another one in my car.

Wireless charging is the future, and TYLT is on the bleeding edge with its Vu Wireless Charger.