This will probably be my first and last movie review for TweakTown, but I'm the biggest Superman fan I know. I'm not a comic book geek, but I grew up in the 80's when the Richard Donner directed and Christopher Reeve starring Superman: The Movie and Superman II were the kings of the superhero movies.

Superman is the quintessential superhero - everyone knows who he is, he's the biggest superhero of them all. Back then, there was no good Batman movie, no Iron Man, no The Avengers or Spider-Man, it was a man in tights with his underwear on the outside and it changed everything. It paved the way for superhero movies, did it in style (with an injection of camp) and it propelled superheroes to the forefront of the silver screen.

They all but died off when Spider-Man came around and Marvel has been enjoying the fruits of their labor for quite sometime. DC Comics have been riding off the Dark Knight series by Christopher Nolan, and saw mild success with Superman Returns. As a huge Superman fan, Returns was just a throwback to the original Superman movies by Donner, and didn't feature enough action or threat to the Man of Steel himself to be a huge blockbuster.

Nolan had Warner Bros' back as he has made them billions from Batman, and was given the power to push Superman in a new direction with the help of David Goyer, who helped write the Dark Knight movies. "300" and "Watchmen" director, Zack Snyder, was brought in to direct, which gave critics and fans alike something to worry about. 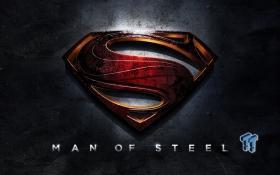 Snyder's track record isn't great, with his last movie 'Sucker Punch' not doing well at all, and his previous movie "Watchmen" not doing much better. "300" was Snyder's biggest hit by far, and cemented him in with some power to direct Superman on the big screen again. This is where a disclaimer comes into play - I'm a huge Superman fan as I stated at the beginning of my review (and in the title), and really needed to nail down this first section with an introduction, because Man of Steel needs it.

I have watched the Superman movies countless times as a child, and adult, and the John Williams theme will bring me to tears - seriously - Superman has an emotional attachment to me because of my childhood. The Williams theme is also one of the biggest roadblocks of any new Superman movie, which is why Returns used some of Williams' work, but by John Ottman. I watched the Superboy TV series (with both actors), all of Dean Cain and Teri Hatcher's "Lois and Clark: The New Adventures of Superman" TV show, and the Tom Welling led "Smallville" TV show, which lasted for 10 seasons.

I'm emotional during these shows, and I'm not afraid to admit it - so you can see where I'm coming from for Man of Steel. I watched all of the trailers, all of the TV spots, listened to the theme music before the movie was released, interviews from the cast, I watched all three seasons of Boardwalk Empire to prepare myself for Michael Shannon's performance of Zod, and to top it off...? 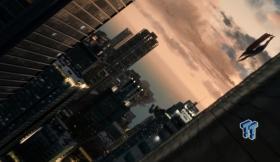 I stayed an extra day in Taiwan after Computex 2013 because Man of Steel was released two weeks earlier there than it was in Australia. Now that we're introduced to each other, I'm a Superman fan, we can move ahead and you can read my review on Man of Steel. Warning - there may be some spoilers, you've been warned!

Man of Steel is a complete reboot of the series, which gives us an entire new vision of Krypton, the home planet of Superman, or Clark Kent, or his birth name: Kal-El. Australian actor and "Gladiator" star, Russell Crowe, plays Jor-El, Superman's birth father. In Man of Steel, Kryptonian's are genetically engineered to be specific people required on the planet - workers, soldiers, warriors, leaders, scientists and so on. General Zod is of course bred as a warrior, which explains his lust for wanting the Last Son of Krypton dead, and the story continues that Krypton is destroyed.

A last-minute military coup by General Zod sees Jor-el and Lara Lor-Van (Superman's Kryptonian parents) send Kal-El to Earth so that he can survive. There, he will make a decision - to use his God-like powers for good, or evil. We know which way that pans out.

Man of Steel is a true reboot, so we have a different origin story in a way, and a different structure to the film itself. Clark's backstory is explained to us in flashbacks, which I actually quite enjoyed, but these can get confusing for some.

All three parts of the main character, Kal-El, Clark Kent and Superman are more grounded in "reality", which is something I truly loved about Man of Steel. Once we leave the visually gorgeous Krypton, the fun begins on Earth with Superman's abilities. 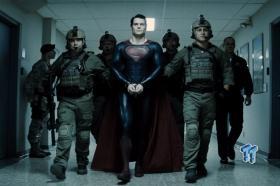 Once we're off Krypton, the movie doesn't stop - you're on a rollercoaster quarter-billion-dollar tent pole flick filled with emotion, beautiful special effects and of course, Superman himself. We see Clark's character not knowing his place in the world, and is someone we can all relate to at one point in our lives. This makes you connect with him far more than most comic book characters like billionaires Bruce Wayne (Batman) and Tony Stark (Iron Man).

You can feel Nolan's guidance throughout the movie, but not too much - it almost feels like the amount of people who had their hands on this all came together to make a great movie, and had fun doing so. Everything from the script to the cast is near perfection.

The script is done very well, and is emotionally heavy when it comes to Jonathan Kent's parts - Superman's father on Earth. Kevin Costner nails this piece, perfectly. He tells Clark a few things that guide him through his life, and there are a few standout pieces in Man of Steel that had me choking on tears from Costner's performance alone. 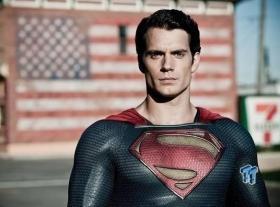 Cavill is perfect as both Clark and Superman, where I think he nails the Superman part better. He fills the suit with real muscle, and feels like a visible threat to Zod and his gang when they turn up to cause both Smallville and Metropolis billions of dollars in damages. The fight in Smallville is nothing short of breathtaking, and this is where the movie really begins: Superman kicking all sorts of ass. We saw this in Superman II, but not on this scale.

Zod's left-hand woman, Faora-Ul is perfect for this - and is a true threat to Superman. Antje Traue plays her with a true passion, and when you see her on screen threatening multiple people, you feel it. At one point she threatens Martha Kent, where Superman flies in at hundreds of miles per hour, picks Zod up off the ground and flies with him just pounding him in the face, flying through silos and gas stations in a true, epic, Superman vs. Zod fight - and that's not even the best bit. 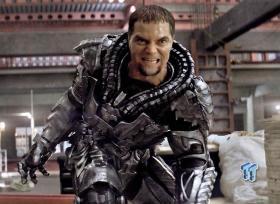 The military parts of the movie are unrealistic, which I found off-putting in an otherwise "realistic" re-telling of the Superman story. The US government seems to be the only ones that care that these super beings are flying around the planet doing what they're doing (without spoiling it), which is annoying.

Then we have the fight of Metropolis - which makes Transformers, Iron Man and The Avengers all look weak in comparison. If you watch Man of Steel, the Metropolis fight between Superman and Zod is all but worth it. It is a truly epic fight, with buildings getting utterly demolished and the two men just beating the general crap out of each other.

The fight in Metropolis will see your jaw on the floor, with Superman using the best of his abilities to stop Zod from killing him, and many others. It's hard not to spoil it, but this fight alone will be re-watched many times by fans like myself. It surely has to be the new benchmark when it comes to visual and sound effects.

This isn't a true movie review, but it is a review coming from a fan's point of view - so I'm going to add some "things I liked" and "things I didn't like" to the end of this review of Man of Steel.

The action - it's just awesome.

The special effects - for the most part, they're actually great - I'm usually one to over-analyze this, but I found myself so engrossed with it I only noticed a few bad spots.

The acting - the cast is chosen perfectly.

The scale - is truly epic, it sets the tone for the DC Comics universe, Justice League and of course, Man of Steel 2.

Script holes - multiple times I was thinking "eh, how did they get there so fast" or "why isn't this person injured after something happening to them".

The flashbacks are a great way of telling the story, but it will definitely confuse some people.

The countless deaths in Metropolis and Smallville - which can be accounted to script holes, I guess.

Overall, I still utterly loved it. Superman Returns feels like a joke compared to this, with Man of Steel being the best Superman movie now, replacing the Reeve movies, which have done justice for decades now. 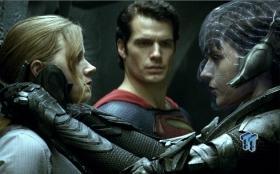 There's a new hero in town, and he's here to kick some serious ass and make some serious bank at the box office. The sequel has been green lit with Snyder back in the director's chair and Goyer ready to begin writing, and I for one, cannot wait. You need to see it, it's just that good. I would be surprised to hear you're disappointed, and if you are - I'll give you one free hug, redeemable anytime.