Little remains to be said about The Godfather that has not already been said. And nothing I say would be as eloquent, in any way. That said, what I can be sure of is that these films are classic. And not just in the sense that someone at sometime said that the film was good and that it snowballed from there; they really are classics.

The story is massively epic and tells the arching story of an Italian family, led by Don Vito Corleone (Marlon Brando/ Robert De Niro) and his reluctant son Michael (Al Pacino). The journey that the family takes us on is both heart wrenching and at times hard to watch. The acting on display is brilliant; the direction by Francis Ford Coppola is masterful and the cinematography by Gordon Willis is unmatched. This is real lightning in a bottle and they captured it twice. And even though the critics are divided by the third act, it's by no means bad; it just doesn't reach the dizzying heights of the first two films.

Every film critic, would be actor or director, fans of film - everyone, should see these films. There really is no other way to cut it. I can't stress enough how important these films are and it truly is a blessing that we can view these films in this quality in our own homes with this Blu-ray release. Over a year and millions of dollars was spent re-mastering these films, but thank goodness they were. The aging materials that were used to release the previous DVD in 2002 were a far cry from what we have now and Paramount now has a properly re-mastered backup in much higher than Blu-ray resolution; this for further use and theatrical distribution. There was a real danger that the Godfather would not have been able to be bought back from the brink if action wasn't taken when it was, but the image we have now is breathtaking in clarity. If you have never seen these films, now would be the best time. 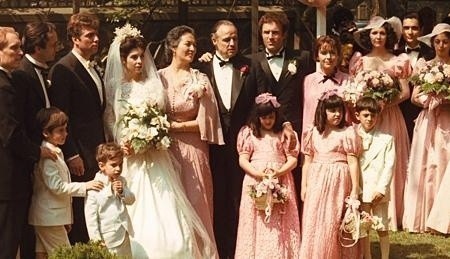 All three Godfather films are presented in the widescreen scope aspect ratio of 1.85:1, encoded in MPEG-4 AVC.

Before one takes a critical look at the image quality of these films, one must understand the artistic endeavors of the original production. The image was designed to be bathed in a yellow hue and the blacks are supposed to look black. Film grain is also prevalent throughout.

That said, this re-master of The Godfather is amazing. The image that we have here, bar a few issues that are acknowledged in the extras as being resultant from the circumstances of their original filming, are exactly the way the creators want it to be.

If I had one complaint about the entire set, it would be the initial shot of the Corleone wedding in the first film, which is deliberately blown out and over-saturated, in stark contrast to the darkness of the Dons' office. With my reference settings on the Sony X Series Bravia, it was just too blown out, leaving less detail. Of course, whilst this can be rectified by turning the brightness down a tad, the fact that every other film I review is to these same settings without a hitch, says that the fault lies with this film. A small complaint, but I guess that's what I am here for. 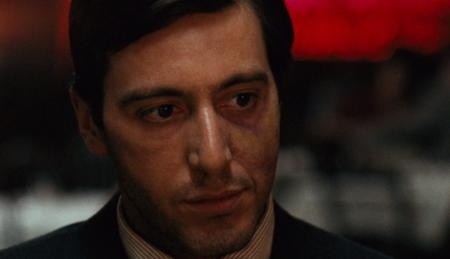 First up, the original audio tracks are perfectly fine and serviceable and I am very glad they are here for posterity, even though I doubt I would watch the entire film this way any more.

The Dolby TrueHD re-mastered tracks are fantastic. While the audio designers have evidently been very respectful of the original sound mix, they use the tools to create both an enveloping, but discreet mix which, whilst is not intended to be a demo disc by any stretch of the imagination, lets the tracks breathe and take on a life outside of just one speaker.

Whilst many elements of the sound have aged, the tracks are for the most part very nice. Occasionally, I struggled with a few lines of dialogue and some sound effects sound a little canned and tinny. However, the alternative; re-recording dialogue and sound effects would be far more objectionable than any limitations heard within.

Overall, the sound designers have walked a very fine line of balance and come out extremely successful. 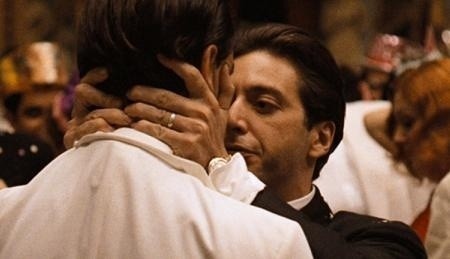 Paramount has gone all out for this special release, including every single extra from the mammoth 2002 DVD box along with quite a few more. First up, let's take a look at the new extras.

Godfather World uses many scenes from animated and live action offerings including The Sopranos and The Simpsons, in conjunction with interviews to paint a picture of the massive contribution that the Godfather has made to popular culture.

When the Shooting stopped is a great piece which talks about Francis Ford Coppolas' battle with the studio over the final cut of the film. I applaud the current regime at Paramount for not glossing over these battles.

Emulsional Rescue is a fairly lengthy look at the restoration of the film. It's no secret that the masters of the film where in such bad shape before restoration begun, but the results speak for themselves. Watching this piece definitely makes me appreciate it just that little bit more.

The Godfather on the Red Carpet is a fairly redundant series of interviews taken from the Hollywood premiere of Cloverfield from earlier this year.

Four short films from the Godfather is little more than four off-cuts from the main documentaries.

Three BD Java infused extras The Family Tree, Crime Organization Chart and Connie and Carlo's Wedding Album breakdown the myriads of characters from all three films, showing how they are related and where their loyalties lie.

The 2001 DVD archive presents all the extras from the previous DVD release of the film. It looks like they've taken an ISO of the original disc and authored that to the new Blu-ray. There is an awful lot of footage to be found in here, from vintage making of segments, to deleted and extended scenes. I do dislike its presentation; however, it should have been added to the disc properly rather than presented in its own area. 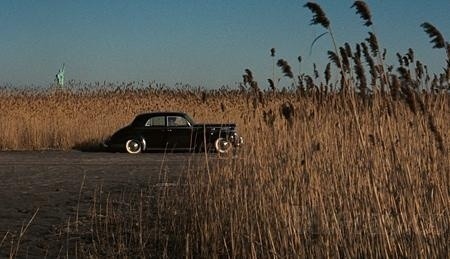 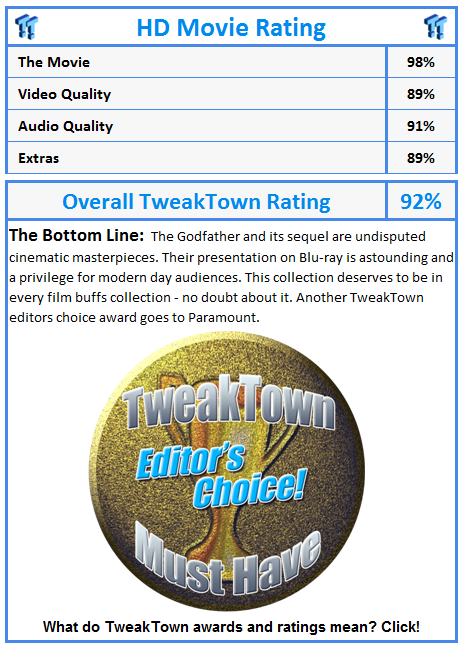