Building on the momentum of its current line of solid state hybrid drives (SSHD), Seagate Technology plc today announced it will begin shipping its third-generation of SSHD products. Featuring the Seagate Laptop SSHD, 7 mm-high Seagate Laptop Thin SSHD designed for the thinnest and lightest laptops in the industry, and the all-new Seagate Desktop SSHD, the line of drives will deliver blazing-fast performance and high-capacity at an affordable price.

Boasting solid state drive (SSD) like speed and hard disk drive capacity, the new Seagate Laptop and Laptop Thin SSHDs are the most affordable way to increase your laptop performance. With storage performance up to 40 percent faster than previous generations, the Laptop and Laptop Thin SSHDs can add as much as 30 percent to total system performance - regardless of the processor inside the system. These products also enable system builders to build high-performance, high-capacity systems, including new thin and light laptops, at mass-market price points. 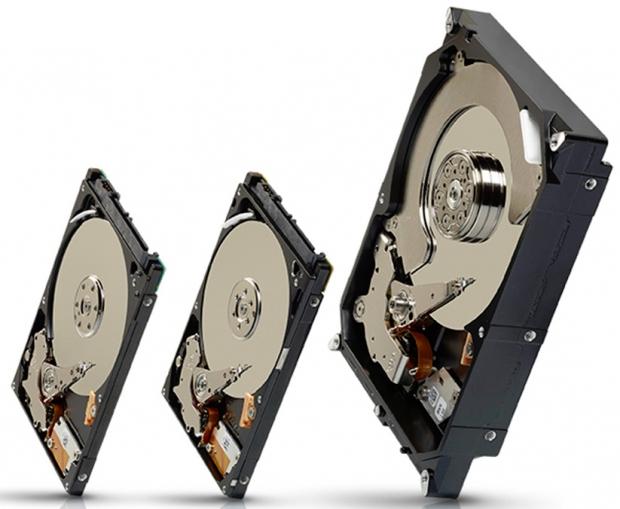 Seagate SSHD technology is up to 5 times faster than a standard 5400RPM notebook hard drive. Boot a laptop in less than 10 seconds with the powerful combination of Windows 8 and SSHD technology. In fact according to PC Mark Vantage tests every action related to getting information from storage is faster- booting, loading files and applications, and running computer-based tasks.

With a massive 1TB of capacity available, the Laptop SSHD provides the space needed to download, store and stream rich media content such as gaming or high-definition video without sacrificing performance or responsiveness. And with a 500GB option measuring only 7mm-high, the Laptop Thin SSHD can be incorporated into most ultra-thin, ultra-sleek laptop systems.

"Seagate's engineers have really out done themselves this time. Our new SSHDs serve up your favorite content with the lightning-fast performance you have to experience to believe. With these new drives it's like adding a turbo-charge to your PC, without having to sacrifice capacity, at a price that's easy on your wallet," said Scott Horn, Seagate's vice president of marketing. "Now consumers can create, store and consume digital content like a pro without having to spend like one."

"Seagate's SSHD technology reinforces our focus on delivering the most reliable PC solutions in the industry," said Kirk Schell, vice president, commercial PC group, Dell. "Dell plans to incorporate Seagate technology across an array of our next-generation products so our customers can benefit from the quality, performance, responsiveness and increased capacity these SSHD's can provide."

"By incorporating Seagate's SSHD technology into our product offerings we are able to address customer demand for greater speed, shorter boot up and response times, optimum storage capacity and better battery life, all at a lower price point," said Jerry Gross, vice president, Lenovo global procurement. "As we continue to drive PC innovation in today's markets we look forward to integrating this SSHD technology into a number of our PC families, providing an excellent blend of value and performance for our customers."

With the Seagate Desktop SSHD, users can now experience SSD-like performance while enjoying the capacity of a desktop hard drive- all at a fraction of what a similar size SSD costs. The Desktop SSHD enables a desktop system to boot in seconds not minutes for an "instant on" experience, run favorite applications faster or simply breathe new life into an aging desktop PC. The Desktop SSHD will perform up to 4 times faster than other desktop HDD-based storage alternatives, as measured by PC Mark Vantage benchmark software, regardless of the CPU inside.

Using Seagate's own breakthrough Adaptive Memory technology, to identify and store only the most critical data a system needs to go fast, the Desktop SSHD serves up high-performance without a high price tag. As a result, the Seagate Desktop SSHD will cost you just slightly more than a standard hard drive while delivering dramatically faster performance.

The Seagate Desktop SSHD features up to 2TB of massive capacity and 8GB of NAND Flash making it ideal for accelerating the most commonly used PC applications and delivering extreme desktop performance with all the storage capacity needed for any computing scenario.

"Whether you're into video editing, music or gaming, with Seagate's new Desktop SSHD you can now have your cake and eat it too," said Kevin Wasielewski, CEO and co-founder of Origin PC. "With SSHD technology you don't have to sacrifice massive capacity when you choose faster performance. SSD-like speed, hard drive capacity-all at an affordable price-makes the Seagate Desktop SSHD a perfect choice for gaming enthusiasts like me."