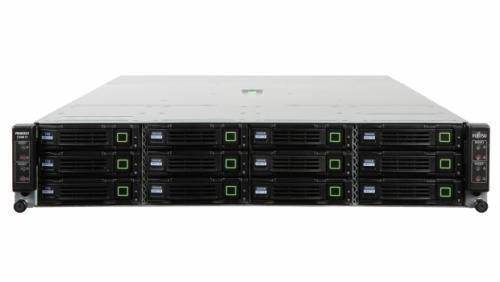 "Fujitsu is a leader in high-performance computing (HPC)," said Sumit Gupta, senior director of the Tesla business at NVIDIA. "Its new GPU-equipped servers provide supercomputing performance to the broad base of researchers and engineers at universities, enterprise and government research laboratories."

Combining a multicore CPU with the hundreds of parallel processing cores of an NVIDIA GPU has enabled a new GPU-accelerated computing model for the HPC industry. This combination shifts complex parallel computing tasks to the GPU and keeps program logic aligned with the CPU, enabling dramatically higher levels of performance than CPU-only systems, while significantly reducing power consumption.

"The Fujitsu PRIMERGY Multi-Node CX400 demonstrates Fujitsu's philosophy of field innovation and a constant drive to increase the power and flexibility of our scale-out server systems for both HPC and cloud computing environments," said Jens-Peter Seick, senior vice president of Product Development Group at Fujitsu Technology Solutions. "With support for NVIDIA GPUs, the system dramatically increases computational performance, while reducing costs and power consumption. This combination is exactly what today's HPC customers are looking for."

Fujitsu PRIMERGY CX400 S1 Multi-Node systems are available now from Fujitsu and its channel partners. For a list of channel partners by region, visit the Fujitsu Global Reseller Locator website.