AVADirect, a leading custom computer manufacturer, announces newly added desktops and notebooks featuring the new Ivy Bridge architecture by Intel. What does this mean for AVADirect? The world-renowned custom computer manufacturer has strived on the ability to create truly customizable options at their customer's disposal. As opposed to a 32nm process, the Ivy Bridge processors are designed off of a 22nm process. The Ivy Bridge processors also have a lower power consumption rating of 77w, compared to the Sandy Bridge's 95w on average. Those interested in AVADirect's slim or compact custom computers, AVADirect Ivy Bridge solutions will allow end-users to have high-end systems with a smaller footprint. Ivy Bridge chipsets were designed behind the motivation of mobile solutions. This is great news for AVADirect considering they offer some of the best mobile solutions available within the custom computer industry. Ivy Bridge solutions designed by AVADirect will provide superior performance with very little or unnoticeable impact to pricing. 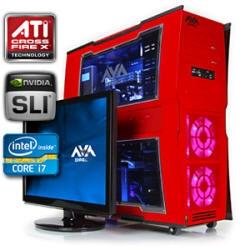 The integration of Intel Ivy Bridge processors is one that AVADirect fully supports. Not only will price points be lower, along with an increase in performance, but Intel provides a myriad of options based on the end-users requirements. Previously, Intel "K" series processors featured an unlocked multiplayer, giving AVADirect the ability to overclock desktops and workstations as a service with the overhead to create more extreme overclocking results. This feature originally came with a price premium, in which a majority of end-users were willing to pay for. Now, Ivy Bridge "K" series processor will feature an unlocked multiplayer, along with a 100Mhz boost on the GPU clock, for the intergrated Intel graphics, and the CPU clock. Intel has also decided to continue restricting hyper-threading to i7 and i3 processors; i5 processors will be left without hyper-threading, and non-k series processor will exclusively feature support for VT-d and Intel TXT. This should not pose as problem, considering the lower-end of the Ivy Bridge spectrum will be used for more office-oriented or standard home use. AVADirect offers Budget, Value, vPro, and Mainstream series desktops that will prove useful when introducing the i3 and i5 series Ivy Bridge processors into their custom desktops. 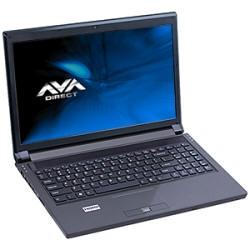 AVADirect is also very excited to implement the new Intel HD 4000 graphics into their Custom HTPC configurations. Besides the now added DirectX 11 support, a family can enjoy streaming video, using the Intel HD 4000 series graphics, which in turn removes the requirement for a third-party graphics card, and reduces heat dissipation within an HTPC chassis; this directly contributes to the amount of system noise generated, thus creating a quietly acceptable level of mid- to high-end performance for the whole family to enjoy. The EU can process more co-issue operations, with faster QuickSync operations, and a GPU specific on-die L3 cache. The added features of the Intel HD 4000 series graphics will assist AVADirect in continuously providing innovate solutions by bringing that same innovation into the living room. This all goes without saying, while consuming less power than the previous Sandy Bridge processors.