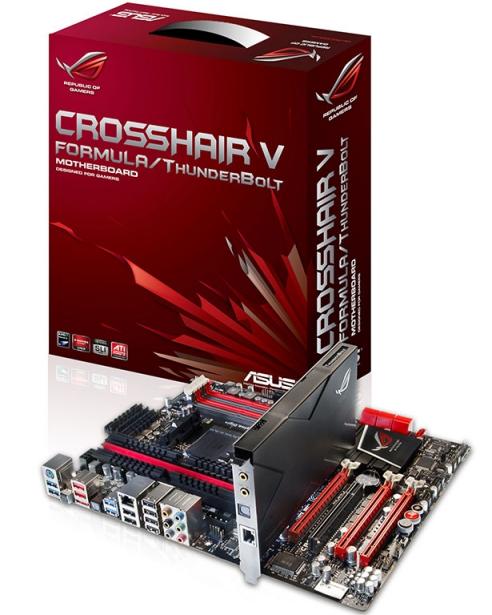 The ASUS ROG Crosshair V Formula/ThunderBolt is among the first Killer E2100-based motherboards to ship with Bigfoot's new Advanced Stream Detect feature. Advanced Stream Detect automatically classifies all network traffic and prioritizes streams that are particularly sensitive to network performance and latency, such as HD video, online games, video and audio conferencing, voice chat and more. As a result, users can watch videos while downloading large files, send instant messages and play games simultaneously, or navigating the Web while video conferencing without all of the pausing and stuttering associated with slower, less intelligent networking solutions.

"We have seen a tremendous response to our ROG Rampage III Black Edition motherboard and ThunderBolt expansion module using the embedded Killer E2100 networking platform," said Kris Huang, product line manager, ASUS. "With the addition of Bigfoot Networks' Advanced Stream Detect technology to the Killer E2100, we are excited to add this great new capability to our ASUS ROG Crosshair V Formula/ThunderBolt motherboard and provide our customers the best online experience for all their online games, streaming video and audio."

"We are excited that Asus has added our Killer E2100 networking technology to their new line of AMD-based ROG Crosshair V Formula/ThunderBolt Motherboards," said Michael Howse, CEO of Bigfoot Networks. "When industry innovators such as ASUS recognize the value of our exclusive technologies like Game Networking DNA and Advanced Stream Detect and offer it on multiple platforms, it reaffirms our passion for creating the fastest, most intelligent networking products for online games, HD video and real-time internet applications."