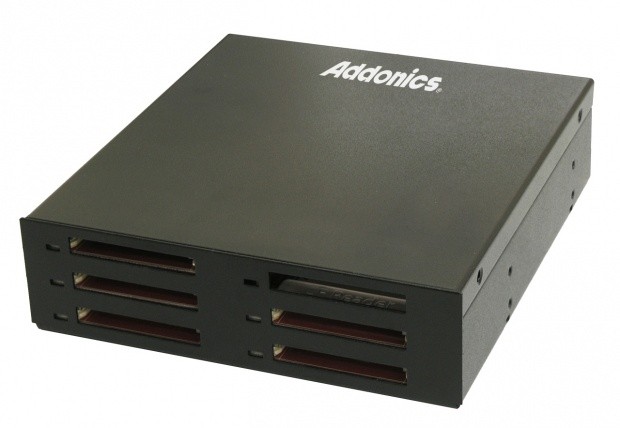 The CF/CFast Drive can be installed into a standard 5 1/4" drive bay of a desktop or rack mounted system to accommodate up to six CF/CFast media. The media can be configured as six independent drives or combined into a RAID group to form a large capacity, high performing solid state drive.

Any of the six media slots can be used as an internal storage application so that the media cannot be accessible from outside the system. This flexibility enables the CF/CFast drive to be used as a bootable storage device, as six removable drives or as a combination of a boot drive and removable storage -- all inside a 5 1/4" drive bay.

The six media slots in CF/CFast drive are highly customizable. The CF or CFast media can be mixed and matched and any of the slots can be converted into an internal flash drive slot to prevent the media from being accessible outside the system.

Four models are available. One is for CF media and the other for CFast media. The other two have a built-in hardware port multiplier for either CF or CFast, which supports RAID 0, 1, 3, 5, 10, JBOD, Clone Mode (N-Way Mirror) or individual drives.

For more information, visit the web site at http://www.addonics.com/products/flash_memory_reader/cf_cfast_drive.asp