Employing rock-solid R&D capabilities, MSI rolled out a complete array of new notebook computers packing the new generation of CPU platforms introduced in 2011. It will be parading them March 1-5 at CeBIT, the international computer electronics exhibition in Hanover, Germany. MSI's wares will be displayed in Booth C38, Hall 17. Come to MSI's booth to see world gaming champions Fnatic.MSI as well as the MSI GT680-the world's fastest notebook computer. There'll be plenty of exciting things at the MSI booth to wow the crowds.

Eric Kuo, associate vice president for global sales, MSI Notebook, noted that the 20+ additions to be shown will include the awesome G Series gaming laptops, the high performance F Series, the deluxe multimedia C Series, the gorgeously slender X Series, and the highly mobile U netbook series. These stylish machines all pack the newest generation of either Intel or AMD's CPUs and advanced visual-display units. Most models also come with MSI Premium Sound-the best wrap around sound out there. Like supercar-class Dynaudio, cinema-grade THX TruStudio Pro, and premium multimedia SRS PC Sound for the home, programs designed to satisfy the audio-visual entertainment needs of users from around the world, will be on display in Hanover.

Kuo went on to say that G Series laptops with 2nd generation Intel Core i7 quad core processors to be displayed at CeBIT 2011 will include the 17.3-inch GT780 and GX780 as well as the 15.6-inch GT680, GX680, and GE620. They all pack high-end discrete graphics cards, some come with MSI's exclusive overclocking technology, and top models also sport accelerated dual solid state drive (SSD) architecture. The awesome computing power of these machines is expected to awe CeBIT visitors. 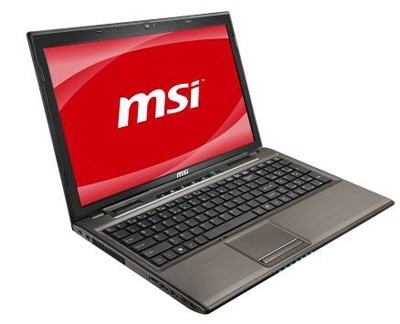 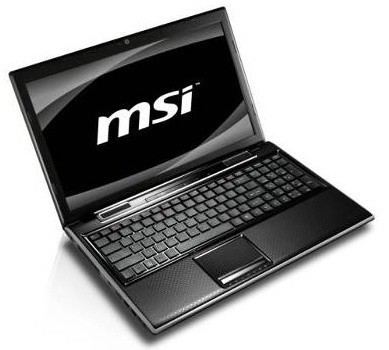 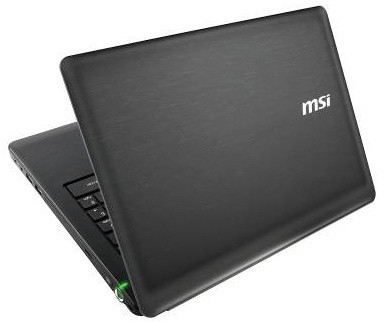 MSI Premium Sound: If you're of the opinion that laptop computers just can't offer an enjoyable audio experience, then think again. The MSI G Series is going to shatter that stereotype. Driven by unmatched technical expertise and strict sound quality standards, MSI created Premium Sound technology for laptops to satisfy even the most demanding audiophiles. Now, you can experience sound performance like never before. MSI also worked closely with world-renowned sound system designers at Dynaudio to carry out extensive study and countless calculations to find the perfect location for speakers and to obtain obstruction-free sound transmission on the GT680, GX680, GT780, and GX780. 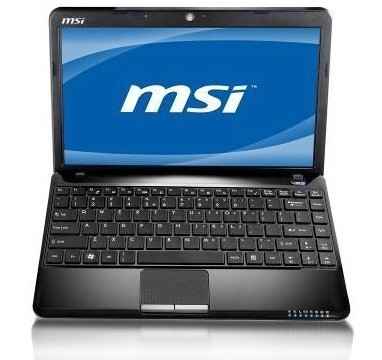 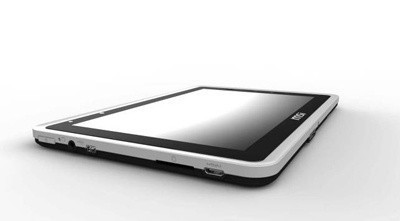 Kuo pointed out that MSI will be showing at CeBIT 2011 three new additions to its F Series, including the 15.6-inch FX620DX and the 17.3-inch FX720 and FR720. They all come equipped with the high-performance Intel second generation Core i5 processor. The FX620DX and FX720, in particular, come with the nVidia GeForce GT Series discrete graphics card with 1GB of display memory and support DirectX11 which greatly enhances picture resolution for a richer multimedia and game experience. The FR720 comes with Intel's built-in HD Graphics 3000 display chip. These powerful new chip provide improved display performance on par with that of discrete graphics cards.

GPU Boost: Discrete-graphics models FX620DX and FX720 feature nVidia GeForce GT540M and GeForce GT520M, respectively, and support DirectX 11 high performance nVidia GeForce GT520M discrete graphics card with 1GB of display memory. What's more, the automatic graphics switching in MSI's GPU Boost technology kicks them over to discrete graphics card mode to kick graphics processing up a notch or two. When performing general word processing tasks or browsing the Internet, it automatically cuts to the power-sipping integrated graphics chip mode, striking the ideal balance between performance and battery life. THX smart wrap around sound: To meet the highest standards of sound quality, MSI developed Premium Sound for laptops. It also worked closely with internationally renowned sound designers at Creative to develop top-end, cinema-grade THX TruStudio Pro which produces high-quality wrap around sound, so you are guaranteed crystal clear sound regardless of the music type or frequency band your laptop is cranking out. While the speakers reproduce each note faithfully, the Smart Volume and Surround technologies let you to create the perfect ambiance to go with it.

Kuo explained that MSI will show three new C Series laptops at CeBIT 2011-the 15.6-inch CX640, CR640, and CR650. The CR650 features AMD's latest dual core E-350 processor with AMD Radeon HD 6310 Discrete-Class display chip for the ultimate in display performance. The CX640 and CR640 come with the latest generation, high-performance second generation Intel Core i3 processors and MSI's own fast boot technology. The powerful CX640 and CR640 boot up in half the time required by conventional laptops, so you don't have to sit around twiddling your thumbs.

Flat black metal brush finish: Inspired by the latest trend in high-end sports cars, MSI's design team incorporated a chic flat black texture into the CX640 and CR640, giving them a unique flat black metal brush finish. So not only do these NBs exude a metallic luster, their touch control panels have also undergone crystal diamond polishing and the recessed speakers give them a layered look. The way the brush finish plays with the light and shadows is sure to catch the eyes of visitors to CeBIT.

2nd generation Intel Core processor: The CX640 and CR640 feature Intel's more powerful second generation Core i5 processor and new generation Turbo Boost 2.0 technology to accelerate the computing capabilities of all cores. The Quick Sync Video technology enhances multimedia file computing performance during conversion, synchronization, and compilation. In addition, MSI's fast boot technology gets the CX640 and CR640 up and running in half the time that it takes other laptop computers. *Performance will vary with different hardware specs and environments.

SRS PC Sound: The CR650, CX640, and CR640 come with the new generation SRS PC Sound for natural, wrap around, high fidelity sound whether you use the built-in speakers, external ones, or headsets. This laptop is designed to satisfy your need for crisp, clear sound quality.

Slender, but not lightweights-the U and X Series

Kuo noted also that MSI will be displaying notebooks ideal for the on-the-go urban lifestyle, including the Wind U270, U160MX, and X-Slim X370. The Wind U270 and X-Slim X370 feature AMD's newest epoch-making dual core E-350 processor with DirectX 11-supporting AMD Radeon HD 6310 discrete class graphics display chip. Not only do they mark tremendous advances in processing power and battery life in high-mobility laptops, they are also equipped to meet the demand for the latest HD digital multimedia entertainment, so you can use them all day out-of-doors without worrying about running out of power.

New 12" Wind U270: The Wind U270, which features a comfortable 12-inch 16:9 ratio wide screen, tips the scales at a mere 1.3Kg and is less than one inch thick. It also comes with MSI's ECO power saving technology, giving it more than twice the battery life of conventional notebooks. It is also sheathed in stylish color film print to protect against smudging and wear. It's ideal for the style-conscious, on-the-go city dweller as it can be taken around all day without running out of power.

Attractive new 13" X-Slim X370: To meet the needs of active city dwellers for thin, light, stylish laptops that are large enough to be comfortably used, MSI introduces its all-new eye-pleasing X370. A mere 1.4Kg, it is highly portable, boasts high performance multimedia and processing, and is sheathed in MSI's own chic crystal diamond seal technology and color film print. The X370 is expected to steal the spotlight in the category of high mobility technology at this year's CeBIT. *Actual battery time will vary with differences in computer use and settings.

Chic new 10" Wind U160MX netbook: Ultra-light and ultra-slim, the U160MX is less than one inch thin and tips the scales at just 1Kg. It features a unique display axle with the round power button at one extreme, reminiscent of the sun at dawn. The U160MX is a classic piece of craftsmanship. And not only is it chic, under the hood, it packs Intel's latest Atom N455 dual core processor with advanced integrated chip architecture to make it more powerful, while using less power. This netbook is the perfect partner for the on-the-go urbanite.

Associate Vice President Eric Kuo pointed out that during CeBIT 2011, MSI will be showing two new generation WindPad tablet computers, one model packing the Win-Tel platform and the other the Android platform. Both models come with the G-Sensor gravity detecting device, an ALS light sensor, and Wi-Fi. Superb examples of advanced technology, they both boast a stylish new look, underscoring MSI's innovative R&D capabilities.

MSI WindPad 100A tablet: Featuring Google newest Android operating system, the 100A is equipped with a 10.1-inch screen with the multipoint touchpad function, an ARM processor, an electronic compass, GPS, the G-Sensor gravity detecting device, an ALS light sensor, and Wi-Fi. 3G is also optional. Weighing in at 800 grams and 15mm at its thinnest point, it boasts 8 to 10 hours of battery time.

MSI WindPad 100W tablet: Pre-loaded with Windows 7 Home Premium, the 100W not only comes with a 10.1-inch screen that supports the multipoint touchpad function, it also sports Intel's processor for handheld devices, a 32Gb solid state drive, the G-Sensor gravity detecting device, an ALS light sensor, and Wi-Fi. The 100W also comes equipped with MSI Wind Touch software which allows you to switch between "Work" and "Entertainment" with one touch.