After three days of grueling competition, the results of the MSI Beat it! World Champion Challenge is out-the Evil Geniuses are the new CS champions. The team walked away with US$15,000 in prize money and each team member received a GT660, MSI's top Gaming series computer for 2010. Also, China's Th000 was awarded US$2,500 for winning first place in the WC3 championship.

Taipei-The finals of MSI's Beat it! World Champion Challenge was held from 4-6 September in Beijing with eight of the planet's top World of Warcraft III (WC3) players and 12 Counter-Strike 1.6 (CS) teams fighting it out. After three days of furious combat, the Evil Geniuses (EG), last year's defending champions in America, prevailed in the CS competition. For their efforts, the team won US$15,000 and each member a GT660-MSI's top Gaming series computer for 2010. Chinese gamer Th000 was awarded US$2,500 for winning first place in the WC3 category. 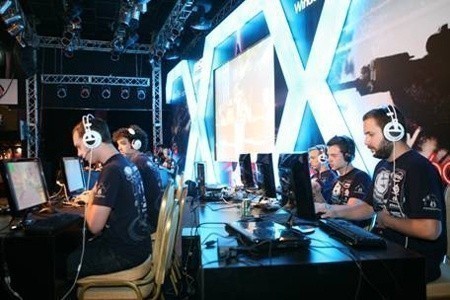 Top teams from around the world came to strut their stuff in MSI's Beat it! World Champion Challenge. These included the European team Fnaticmsi, the reigning CS and WC3 champions several years running, ATE-Gaming, India's top CS team which throttled over 100 teams to snatch the BYOC championship, and South Korea's WeMade Fox (WMF), considered Asia's best CS team. After the smoke cleared, the up-and-coming EGs from the US was the only team standing. Sweden's Fnaticmsi and Lions won second and third places as well as US$7,500 and US$2,500, respectively.

The MSI Beat it! World Champion Challenge is open to everyone regardless of age, gender, nationality, or where they are in the world. Teams go toe-to-toe with the most powerful weapons in gaming-the MSI GT660 and GX660. The GT660, for example, packs Intel's most advanced Core i7 processor and nVidia's best GeForce GTX 285M discrete graphics card (w/ 1GB GDDR3 of display memory) and MSI's own TDE+ Turbo Boost technology to throttle up system and graphics card performance at the touch of a button, greatly enhancing overall system performance and image processing capabilities. With the GT660 and GX660's superior firepower, it's no wonder that EG and Fnaticmsi always go into battle armed with these mean machines. 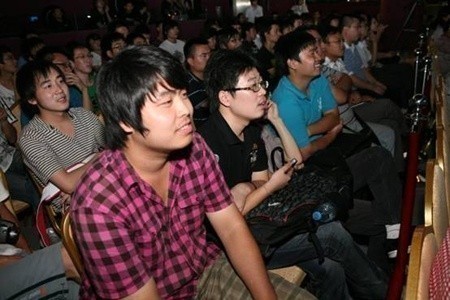 EG and Fnaticmsi both agree that the MSI GT660 gaming book is their top choice, because of its performance and advanced multimedia technology. The participation of these two teams, the world's two biggest superstars in electronic gaming, drew thousands of fans in China to the competition venue. The crowds enjoyed a thrilling competition as they watched a seesaw battle between the two teams during the finals.

MSI G series computers come highly recommended by the world's best gamers and top media organizations. Russia's AMD Club, for instance, gave the GT660 its award for Original Design. Media in Thailand and India praised MSI's Gaming series for its innovative R&D, unique designs, and superior performance. In addition, a mere one or two weeks after being unveiled, these laptops caused sensations in markets and computer exhibitions around the world, exceeding sales targets in the US, Taiwan, and Thailand. 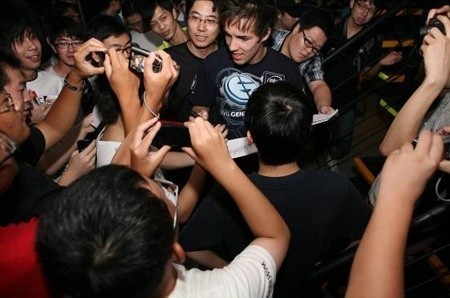 In addition to watching the competition, fans had the opportunity to take pictures with and get autographs from the gaming stars, take part in lucky draws, and try out MSI GT660 laptops first hand. 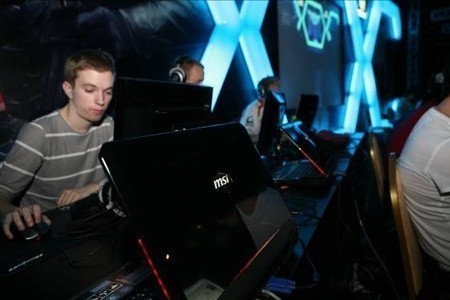 Participants in the competition did battle with the GX660 and GT660-the gaming world's most awesome weapons. The GT660 features Intel's powerful Core i7 processor and nVidia's best GeForce GTX 285M discrete graphics card (w/ 1GB GDDR3 of display memory) and MSI's own TDE+ Turbo Boost technology to rev up system and graphics card performance at the touch of a button, kicking up overall system performance and image processing capabilities. 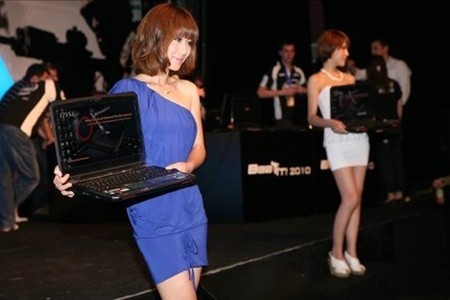 The highest level e-gaming competition to be held in China, MSI's Beat it! clash of the titans not only was stole the spotlight among China's gaming fans, tens of millions of gamers around the world witnessed the battles over the Internet.