Sunnyvale, Calif. - September 7, 2010 - PLX Devices Inc. today unveiled the XWave™, the world's first brainwave interface accessory for the iPhone/iPod Touch/iPad. The XWave™ is a small device worn over your head similar to any standard headphone device. Paired with its apps, XWave allows you to control your mind and the world around it.

The XWave™, powered by Neurosky Inc. technologies, for the first time brings an extra sensory dynamic never seen before at the consumer level. For years, this technology has been used by doctors to treat epilepsy and seizures in patients. XWave senses the faintest electrical impulses transmitted through your skull to the surface of your forehead and converts these analog signals into digital signals. 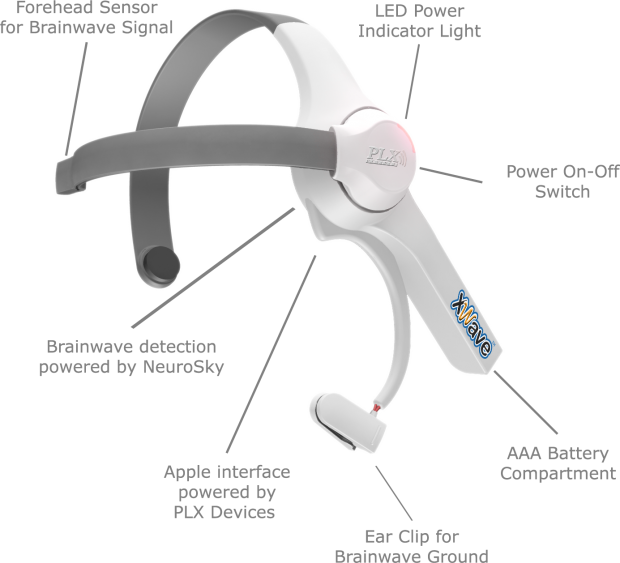 The device comes bundled with the free XWave App. The App allows you to become familiar with controlling objects with your mind and gives you an opportunity to train your brain to control its attention and meditation levels. With the application you will have to go through different stages to control the function of your brain. Objectives include: having to levitate a ball for a certain amount of time, change a color based on the relaxation of your brain and training your brain to maximize its attention span. Another app that is available for download from iTunes is XWave Tunes. This app will allow users to connect with each other through the music that stimulates their brainwaves. 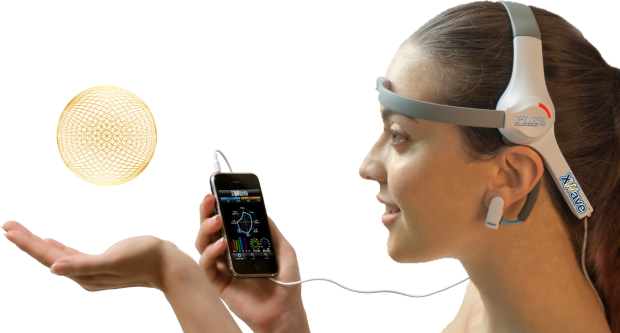 "The human brain is the most powerful, complex thing in the universe, and for the first time, we're able to harness it's amazing power and connect it to everyday technology," said Paul Lowchareonkul, Founder and CEO of PLX Devices Inc. "With the development of 3rd party apps, the potential for innovation is limitless."

PLX Devices Inc. is also offering 3rd party software developers the opportunity to design and develop apps through its Software Development Kit (SDK) program. This allows app developers to add compelling hardware interfaces for any type of application. Whether it is relaxation, brain training, entertainment, games, social networking, sports, sleep, the possibilities are endless with the XWave hardware device. Some of the applications that are being developed at the moment will allow you to play games by controlling objects with your mind, control the lights in your home or select the type of music through your iPod based on your mood. 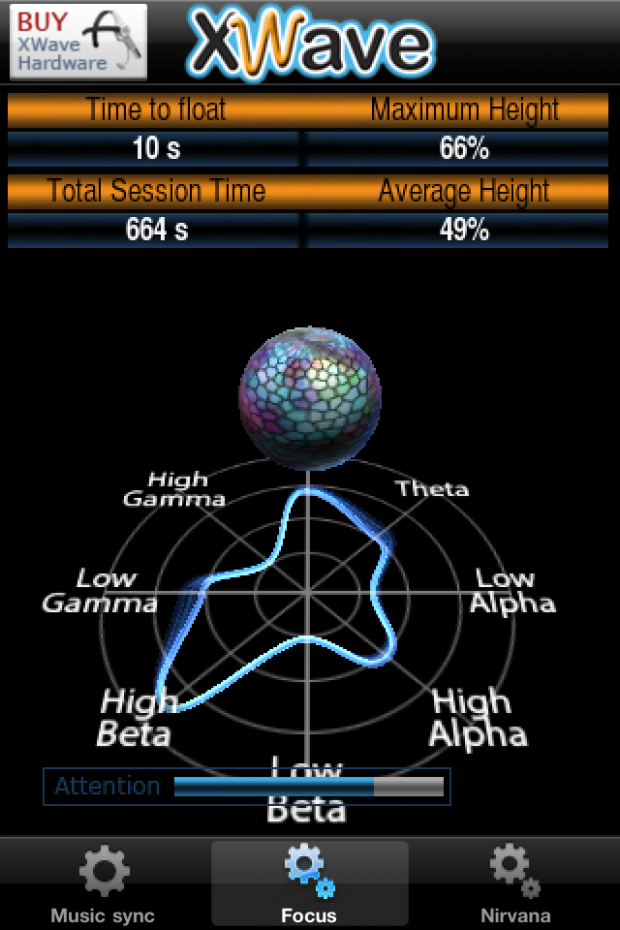 The XWave hardware is available to purchase today September 7, 2010 and will start shipping in October 2010 at a retail price of $99.99 from www.plxwave.com. The XWave Apps by PLX Devices will be free from iTunes and the Apple App Store and can be directly downloaded from your iPhone/iPod Touch/iPad device starting early October. Additional 3rd party apps are being added every day.