MSI Marketing Director Sam Chern elaborated, saying that the FX400, MSI's latest masterpiece, is sheathed in its own raised totem seal coating to prevent against scratching and smudging and features MSI's stylish and meticulous craftsmanship that put the FX400 in a class all its own. MSI worked in close cooperation with internationally renowned sound system designer THX to craft the theater-class surround sound, enhancing the FX400's sound output capabilities, giving you sound quality that blasts away the competition. 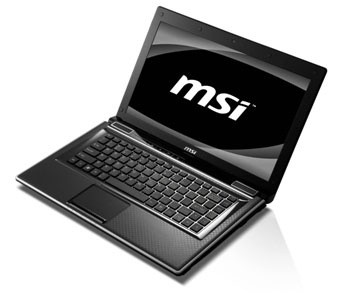 THX smart surround sound: MSI got together world leader in sound design THX to build a sound system for the FX400 that belongs in a cinema. The THX smart surround sound consists of theater-class speakers for high fidelity sound regardless of music type or frequency. The Smart Volume and Surround technologies further ensure clean, crisp sound to maximize your multimedia experience.

Cinema Pro technology: The FX400 features powerful multimedia processing and MSI's own Cinema Pro technology for the best possible graphics. A touch of the Cinema Pro hotkey instantly kicks in the film mode for higher resolution and richer colors to bring you the same great audio experience found in live performances, films, and recording studios.

Unparalleled craftsmanship: The cover of the FX400 features MSI's exclusive raised coating to add texture and keep scratching, wear, and fingerprints to a minimum. This machine remains pristine no matter how long you use it. The areas on either side of the touchpad feature raised totem seal coating to give the FX400 a feel heretofore only found with handmade products.

Attention to detail: MSI's precision technology is evident in every detail of the FX400, from the trim around the the keyboard, and the THX cinema-class speakers to the chiclet keyboard which is designed for comfort of use and the raised multi-point touchpad. Details like these underscore the quality engineering employed by MSI to merge art, fashion, and technology.

TDE: The MSI FX400 comes with TDE (Turbo Drive Engine) technology under the hood to instantly throttle up CPU performance and accelerate system speed with one touch of the Turbo(P1) hotkey situated above the keyboard. This enables the FX- -400 to process high-load applications, such as graphics, without bogging down. 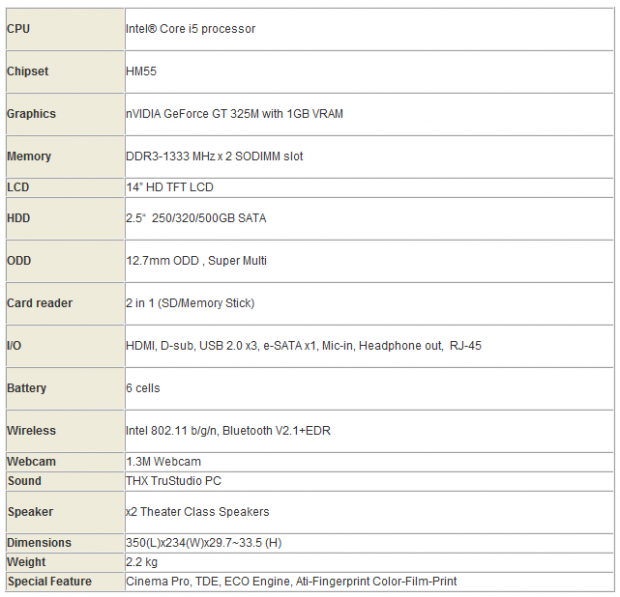