Based on the AMD 890GX and SB850 chipsets, ASRock 890GX Extreme4 delivers the versatile HD visual performance and OC value to users! The ASRock 890GX Extreme4's four DIMM slots support up to 16GB of DDR3 RAM at up to 1866MHz, and three PCI-E 2.0 X16 slots are capable of running multi-GPU setups (ATITM Quad CrossFireXTM, 3-Way CrossFireXTM, CrossFireXTM and Hybrid CrossFireXTM). The real I/O has two USB 3.0 and four USB 2.0 ports, one eSATA3, one HDMI, one D-Sub, one DVI-D, Gigabit Ethernet, 7.1 CH HD Audio with THX TruStudio PRO support and one Clear CMOS switch with LED. You also get onboard power and reset buttons and a two-digit LED POST display (Dr. Debug). In addition, ASRock 890GX Extreme4 was built with 100% Japan-made high quality capacitors. The all solid capacitor design enhances the board's stability and reliability. With its new AMD 890GX chipset, the ASRock 890GX Extreme4 also includes an integrated ATI Radeon HD 4290 graphics core capable of decoding Full HD 1080p video. All important components can be found here, 890GX Extreme4 mainboard is clearly the one for enthusiasts!

For software tool, 890GX Extreme4 supports all ASRock unique software, such as OC DNA, OC Tuner, Instant Flash...and so on. Special introduce here is the Turbo UCC function. Turbo UCC technology, exclusive from ASRock, helps you to unlock the hidden CPU cores in the CPU, boost up the system performance automatically and save energy all together. It is an all-in-one solution that provides user an energy-saving overclocking and CPU upgrading process. With the innovative Turbo UCC, ASRock 890GX Extreme4 can easily upgrade the system performance higher than its normal standard! 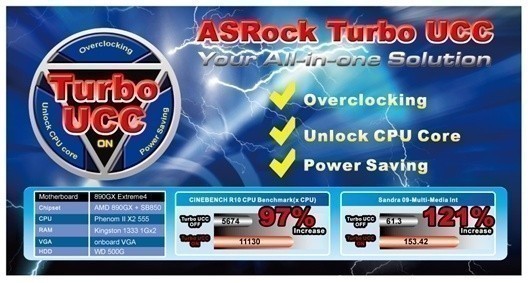 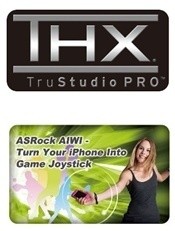 ASRock 890GX Extreme4 offers interesting functions too. The ASRock AIWI utility enables you to play the games by holding your iPhone or iPod touch. ASRock AIWI redefines the PC gaming operation. It turns your iPhone or iPod touch into a game joystick. All you have to do is just to install the ASRock AIWI utility either from ASRock official website or ASRock software support CD to your motherboard, and also download the free AIWI Free from App store to your iPhone/iPod touch. Connecting your PC and apple devices via Bluetooth or WiFi networks, then you can start experiencing the exciting motion controlled games! 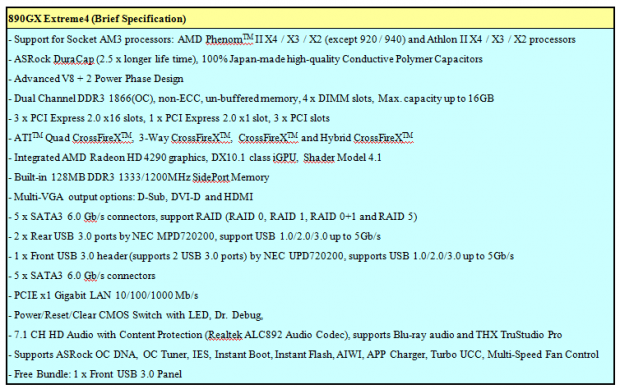 For more product info, visit us on http://www.asrock.com.