-- Overclockers from 15 Countries Fight for the Glory -- 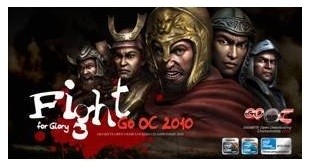 Taipei, Taiwan, June 3rd, 2010 - GIGABYTE TECHNOLOGY CO., LTD., a leading manufacturer of motherboards and graphics cards is pleased to announce that it has selected Jakarta, Indonesia to host the Pan Asian and African regional finals of the 3rd annual GIGABYTE Open Overclocking Championship (GO OC) 2010. The GO OC event is widely regarded by the international overclocking community as the premier overclocking event to attend in 2010. GO OC Pan Asia and Africa will be held on the 19th of June in Jakarta's famous IT Mall, MANGGA DUA and the top three teams will represent Pan Asia and Africa at the GO OC Global finals held in September 2010.

The winning team from the GO OC Asia and Africa finals will compete with the winners from the Chinese, European, North American and South American regional finals. This epic battle will take place in Taipei where the winning team will be declared the reigning world champions!

"GIGABYTE is pleased to announce the world's biggest and most anticipated overclocking event of the year, and this year we have more participating countries than ever before," commented Tim Handley, Deputy Director of Motherboard Marketing at GIGABYTE Technology Co. Ltd. "We're excited to be using a beast of a motherboard this year that, together with the awesome Intel Core i7-980X Extreme Edition processor, has recently toppled all the most important OC records. We challenge overclockers from around the world to join this year's GO OC competition to fight for the ultimate glory of being the GO OC 2010 champion of the world!"

The GO OC 2010 Pan Asian and African winners will not only have the honour of representing Pan Asia and Africa at the GO OC global finals, but they will also receive cash and hardware prizes valued at US$3,000 for their efforts. As top overclockers know, first class hardware is the key to achieving a successful record-breaking overclocking results. That is why GIGABYTE is proud to have industry-leading hardware vendors sponsor this year's GO OC Asia and Africa regional finals, including Intel, Antech, Kingston, LG, Microsoft and Seagate.

"Intel continues to invest heavily in the overclocking market with our Intel Extreme Edition Processors and the recently released Unlocked Intel"K" Processors," commented Zane Ball, General Manager of the Desktop Platforms Division at Intel. "We are excited to be part of GO OC and look forward to the overclocking contest as our customers push their Intel hardware to the limits."

"We are pleased to participate in GO OC 2010, because we're giving the world's top overclockers the chance to experience the stability and capability of Antec's TPQ-1200 power supply," said Scott Richards, senior vice president of Antec. "The TPQ-1200 isn't just about dispensing a ton of power. It's about delivering cutting-edge features and superior performance on several levels - the wattage, the 80 PLUS Silver certification, our one-of-a-kind PowerCache technology - all making it an optimal choice for an extreme PC platform. With a current TPQ-1200-powered rig holding the record for fastest Socket 1366 overclock, we hope to see even more records broken - especially as we continue to bring high-quality, state-of-the-art power supplies to the overclocking community."

"LG is proud take part at GIGABYTE GO OC, as the biggest Monitor Manufacturer LG felt obliged to support all competitions related to IT development. In 2010 LG introduces a new line up of LED monitor, like the E2250V. With the World's First UL Certification for a Monitor, the E50 Boasts a Range of Smart Functions, Superb Design and Dazzling Picture Quality which offer a new experience for ultimate gaming sensation" Said, Susanto, LG Monitor Product Marketing, Indonesia.

"We are pleased to be part of the GIGABYTE GO OC which tests the limits of overclocking on Gigabyte's premium hardware components. To complete the blazingly fast computing experience, Microsoft Hardware provides premium quality PC gaming companions in the SideWinder line of keyboards and mice, including the SideWinder X6 keyboard which remains the world's only gaming keyboard with a swappable keypad and 90 macro functions." Said Harry Kartono, National Sales Manager, Indonesia, Microsoft Hardware.