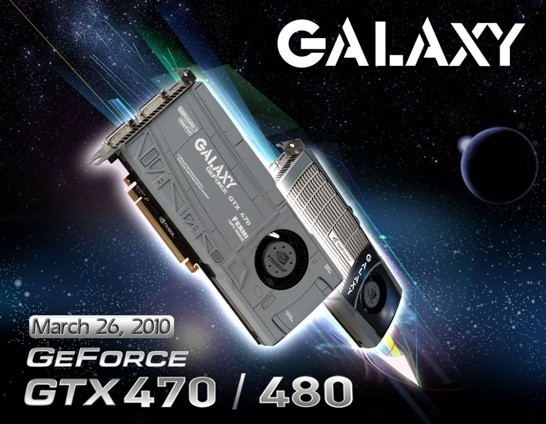 GeForce® GTX 480 brings games to life through incredible DirectX 11 tessellation Performance and advanced cinematic effects like motion blur and depth of field. Experience 3D worlds littered with debris and consumed in fire and smoke with NVIDIA® PhysX® effects [running at twice the performance of prior generation GPUs]. Completely immerse yourself in the game with NVIDIA® 3D Vision™ Surround* technology powering three HD displays in jaw-dropping stereoscopic 3D. And when you finish, sit back and interact with ray traced 3D renderings so realistic you won't believe your eyes. 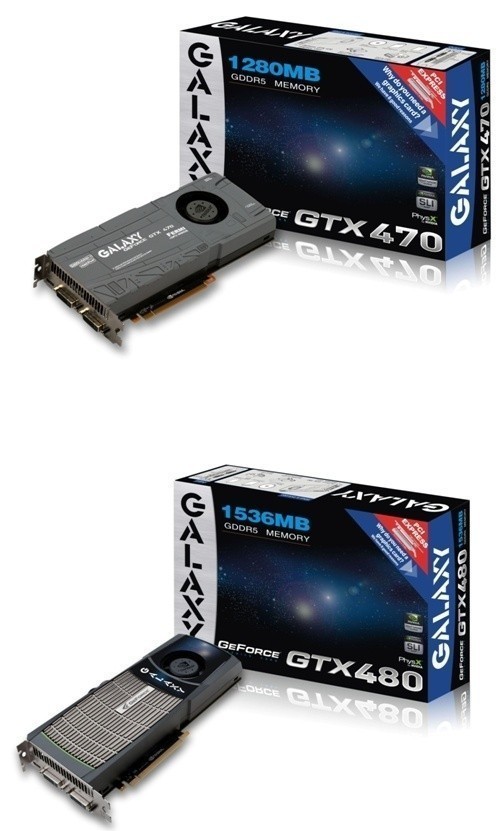 Compared with the black reference board of GTX470, Galaxy has employed gray frosted design as an extra touch of styles and toughness. The card is marked with an eye-catching tag of "Fermi GPU inside". Fermi is the codename of new-generation architecture. Galaxy is also thoughtful enough to label nearby the power connector that "at least 550W of power supply is required"

With DirectX 11 support, NVIDIA PhysX technology, mini-HDMI 1.3a output and NVIDIA CUDA technology with CUDA C/C++, DirectCompute 5.0 and OpenCL, the GTX470 is born for PC enthusiasts and gives your games an adrenaline shot with screaming-fast performance and futuristic, visually-stunning graphics. 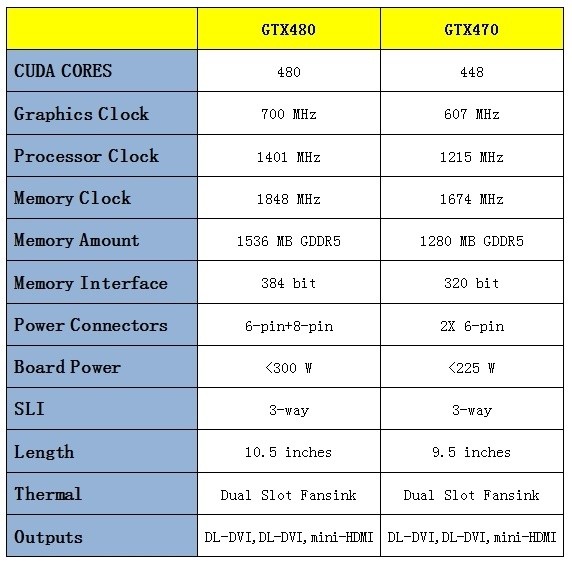 - Twice the CUDA cores over prior generation GPUs and an innovative memory architecture deliver incredible performance in GPGPU applications.
- Upscale videos from standard definition to high definition using the GPU.
- Clean up movies in real-time with the click of a button.
- World's most open GPU computing platform, with complete language and API support including CUDA C/C++,DirectCompute, OpenCL, Java, Python, and Fortran for the broadest compatibility with GPU-accelerated applications.
- Full support for GPU computing under Microsoft Windows 7.