The MK7559GSXP HDD features an areal density of 839.1M bit/mm², making it ideal for mobile applications in which capacity is key, including notebook computers and external HDDs. This HDD is well-suited for devices that value high capacity in a smaller footprint with improved acoustic performance and lower power operation compared to larger form factor HDDs. Those applications include all-in-one desktops, televisions and set top boxes. 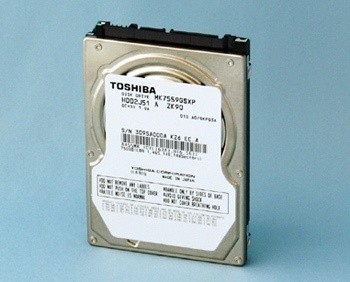 Toshiba also introduced a new three-platter 12.5-millimeter-high platform with the MK1059GSM with 1TB of storage. This capacity point was predominantly supported by larger form factor 3.5-inch HDDs until the introduction of high-end 2.5-inch solutions, providing low-power, space-saving opportunities to system manufacturers looking to differentiate or update their products.

The MK7559GSXP energy consumption efficiency is about 14% less than the previous generation (MK6465GSX, 640GB). These products also adhere to Toshiba's environmental initiatives in their use of power efficiency techniques and components that reduce reliance on harmful chemicals, materials and compounds.

Toshiba Group, a corporate citizen of planet Earth, is committed to realizing a better environment. Guided by "Toshiba Group Environmental Vision 2050" the Group is implementing measures to boost environmental efficiency by 10 times in FY2050, against the benchmark of FY2000. The core target is to reduce projected CO2 emissions by a total equivalent to 117.7 million tons a year by FY2025, through the development and sales of highly efficient power supply equipment and systems, and the manufacture of environmentally conscious home appliances and office equipment. By working to mitigate global warming, make efficient use of resources and control management of chemicals, Toshiba Group creates value for people and promotes lifestyles in harmony with the Earth. 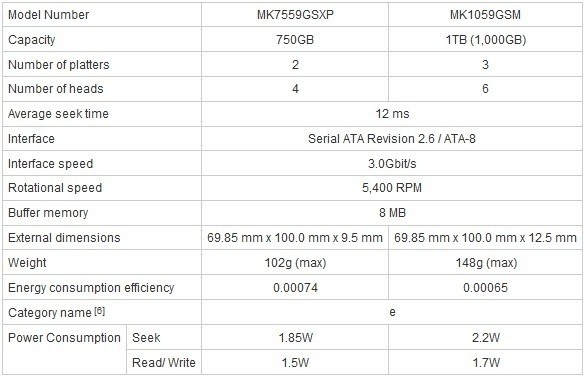