Drive your System Beyond the Limit

Sydney, Australia, 23 March 2010 - ASUS Republic of Gamers reveals the latest addition to their roster of performers, the world-record shattering Rampage III Extreme. Delivering Intel's X58/ICH10R chipset with support for the Intel processors in the LGA1366 package up to six cores and a plethora of features demanded by intense users, this board is the only choice for PC speed demons. 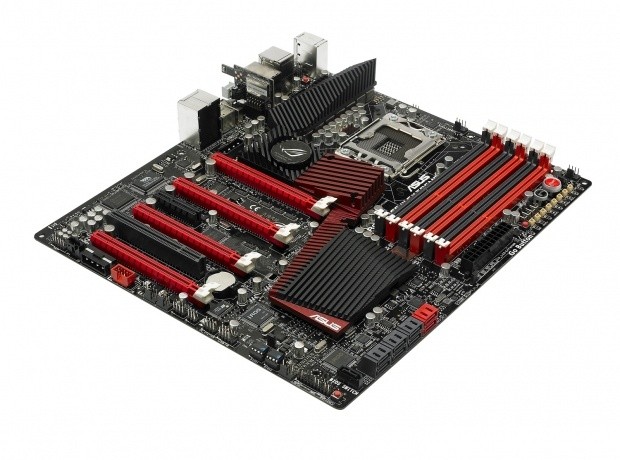 Welcome to the Overclockers' Delight

Remote tweaking becomes effortless thanks to built-in ROG Connect and RC Bluetooth, giving users the freedom to unchain true hardware potential. That's only part of the picture, since this board comes with a host of accoutrements, including the outlandish Extreme OC Kit overclocking tool, which takes the concept way beyond the norm. USB BIOS Flashback allows for easy instant flashing of the BIOS, all the better to drive the most spectacular results through up to four full graphics cards. R3E contains the latest iteration of Extreme Engine Digi+ voltage modulation technology for purer, more stable power.

It's Got the Power

Extreme Engine Digi+ provides solid power management on Rampage III Extreme. It melds all the advantages of analog and digital VRM design to cut on switching latency and improve overall fidelity in the board. Pulse width modulation (PWM) likewise gains in finesse for added board tolerance, paving the way for exploratory overclocking. Heat dissipation is improved 30% over traditional MOSFET, while conductivity has gone up by 40%, both thanks to use of FET+ in construction. ASUS has responded to feedback from competitive overclockers by included a newly-designed signal choke that handles up to 40 amperes. 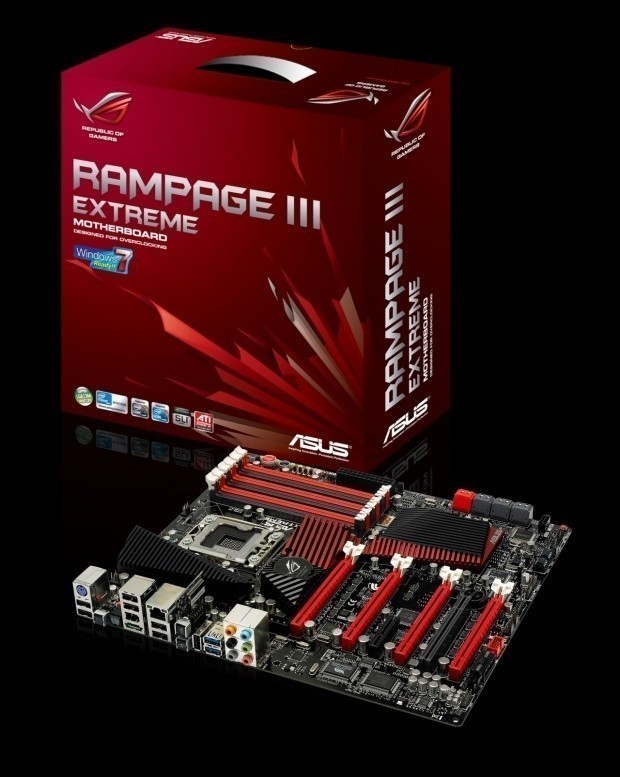 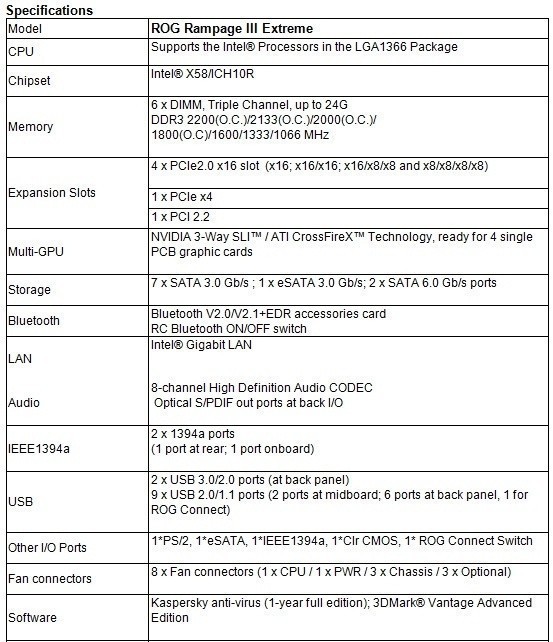