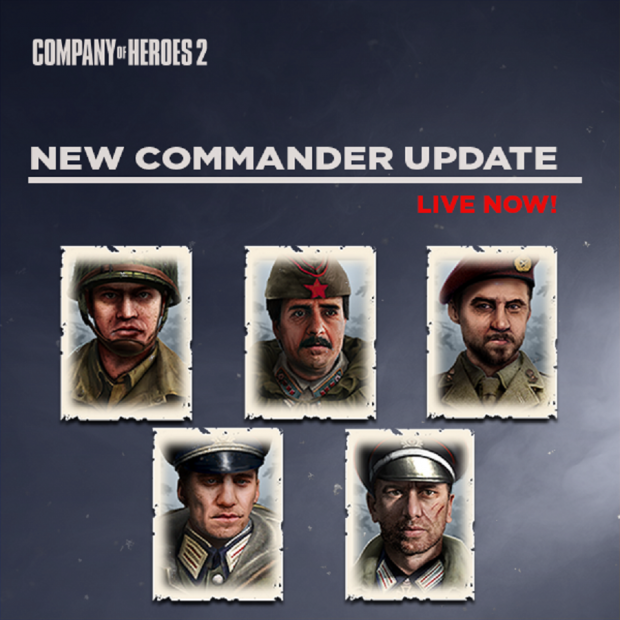 Each Commander is connected to a Doctrine, Regiment, Company or Army:

For more information on the Commanders update, visit the game's official blog.