Paris, July 12, 2019 - Gameloft is proud to have Asphalt 9: Legends, the most downloaded, multi-award winning mobile racing game, open Season Two of the ESL Mobile Open presented by AT&T. The league's inaugural season launched in March and was a runaway success with 128,000 Asphalt 9: Legends players registering to compete. 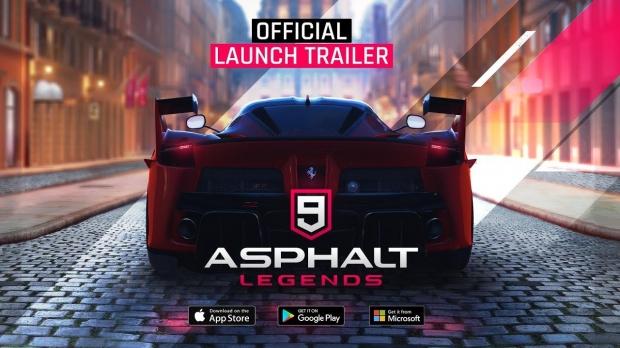 Starting on July 8th, players can register to enter Season Two of the intense ESL Mobile Open racing competition and compete to qualify for the grand finale where only the best players from the United States, Canada and Mexico will compete for the $13,000 prize. The Asphalt 9: Legends final take place at ESL One New York, one of the world's largest esports events.

To register for the ESL Mobile Open competition in Asphalt 9: Legends, click here.

Leader in the development and publishing of games, Gameloft has established itself as one of the top innovators in its field since 2000. Gameloft creates games for all digital platforms, two of which are featured in the "Top 10 iOS Games by All-Time Worldwide Downloads" from App Annie. Gameloft operates its own established franchises such as Asphalt, Order & Chaos, Modern Combat and Dungeon Hunter and also partners with major rights holders including Disney, LEGO, Universal, Illumination Entertainment, Marvel, Hasbro, Fox Digital Entertainment, Mattel and Ferrari. Gameloft distributes its games in over 100 countries and employs 4,600 people worldwide. Every month, 98 million unique users can be reached by advertisers in Gameloft games with Gameloft Advertising Solutions, a leading B2B offering dedicated to brands and agencies. Gameloft is a Vivendi company.

All trademarks referenced above are owned by their respective trademark owners.