June 3, 2019 - S7 Games is thrilled to announce the upcoming release of War of Three Kingdoms: The Card Game, based on the hit SEGA video game, Sangokushi Taisen. This immersive, tactical card game will allow two players to construct their own decks and control one of three factions as they wage war against each other for dominion over ancient China. 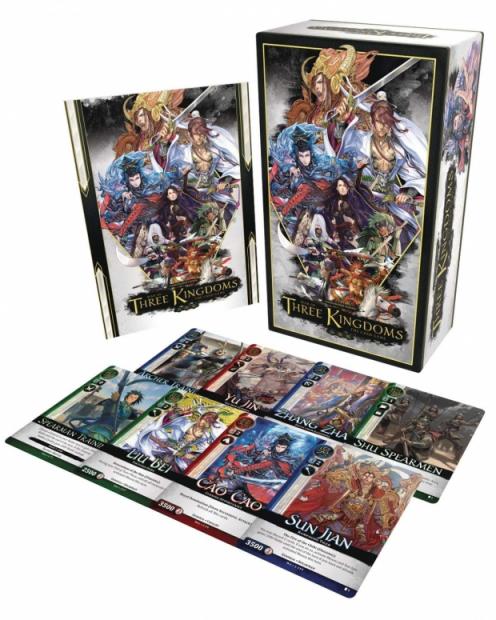 War of Three Kingdoms: The Card Game will be released straight to retail with a street date of October 18th, 2019. It will be distributed by various top tier hobby distributors as well as through Diamond Books to the broad market, with an MSRP of $29.99.

About War of Three Kingdoms: The Card Game:

War of Three Kingdoms: The Card Game takes place during a legendary period in history where the kingdoms of Wei, Shu, and Wu openly warred for control of ancient China. Now you have the chance to build your chosen kingdom by strategically selecting the heroic Generals and Tactics that will comprise your deck and lead you to victory over your rivals.

The base game will include three fully playable factions, comprised of a total of three hundred gorgeously illustrated cards that will bring the War of Three Kingdoms to life on the tabletop. Also included is a sixteen-page, full-color rulebook to guide players as they wage war.

S7 Games is a tabletop game company devoted to producing and publishing high quality games based on hit pop culture brands and original properties. Formed in 2016, S7 Games is an independent wholly-owned subsidiary of Seven Seas Entertainment. S7 Games is distributed to the broad market by Diamond Book Distributors and has dedicated partnerships with top tier hobby distributors. For more information, visit www.s7tabletopgames.com