SHANGHAI, May 7, 2019 - FEG has announced the official launch of Silk Road Esports Tournament, an Honor of Kings themed international event, which is supported by the China Culture & Entertainment Industry Association and jointly hosted by Tencent and FEG. 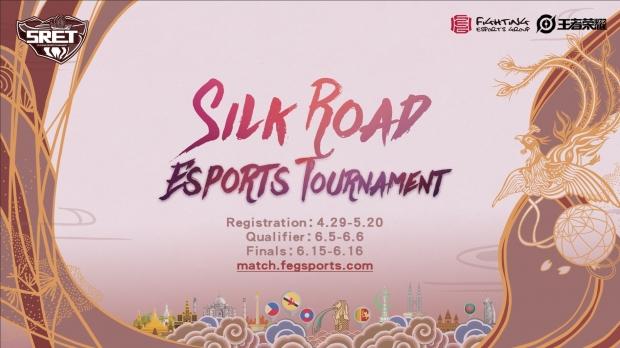 The qualifiers round of 16 teams will be hosted online. Afterwards, 8 teams will advance to elimination stage and 2 teams will proceed to the final stage, which will be hosted in Kuala Lumpur, Malaysia. The champion of the Silk Road Esports Tournament will compete with the KRKPL (Korea King Pro League) teams for the qualifier of Honor of Kings World Champion Cup. Also, the team will have an opportunity to win a total prize of 16 million CNY. For more information, please visit: match.fegsports.com.

Honor of Kings is the most popular mobile game in China, and the official esports league-KPL (King Pro League) also boosts the esports market. In 2018, KPL expanded its overseas league-KRKPL (Korea King Pro League). The inaugural KRKPL included the participation of 8 professional Korean teams. This year, 2019 KRKPL Spring Season has upgraded to a more internationalized league by attracting 10 teams from Korea, Hong Kong, Macau, Europe and US.

Silk Road Esports Tournament will kick off on June 1. Registration is now open via the following link: match.fegsports.com.

In July 2018, Fighting eSports Group (FEG) was established by Chinese and Korean professionals with more than 20 years of experience in eSports. FEG is a corporation providing service in eSports events host and pro players training. FEG is dedicated to promote the globalization of mobile eSports and develop fascinating eSports leagues.