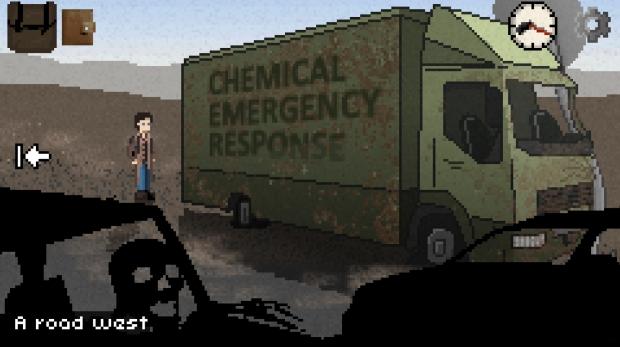 Recently, Armor Games Studios received a message from inXile, a studio that has worked on titles such as The Bard's Tale and Wasteland 2, and is now working on Wasteland 3. Armor Games Studios knows inXile well and they have a relationship dating back to the early Flash days. "Wasteland" is a trademark inXile owns and are actively building a game for, which is why they brought up their concern about Don't Escape: 4 Days in a Wasteland causing brand confusion.

While both games are very different (Don't Escape is a pixelated, 2D, point-and-click survival game), in the US trademark law requires holders to actively defend their trademarks. inXile reached out personally in a respectful, amicable fashion, and both Armor Games Studios and the developer, Scriptwelder, were happy to change the game's name to Don't Escape: 4 Days to Survive in order to avoid confusion.

Armor Games Studios is in the process of rolling out this change across all platforms and storefronts. This update is also part of a larger patch that includes Trading Cards on Steam, a number of bug fixes, and the option for players who have already completed the game to manually choose which of each chapter's variants they would prefer to play. As of this writing, the game has 195 positive reviews (99%) on Steam.

The Don't Escape series is created by Scriptwelder, a solo developer who made the original web game back in June 2013. It found success early on ArmorGames.com, seeing over 1.4m plays and thousands of positive reviews. Following two more web sequels (Don't Escape 2 and Don't Escape 3), Scriptwelder pursued a 4+ year development cycle to create Don't Escape as a brand-new full-fledged PC title, released on March 11, 2019.