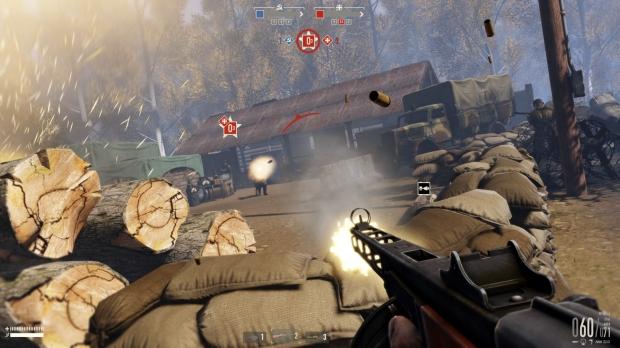 The game is also offering a perk of Veteran Membership for all Nitro subscribers. Discord's Nitro is a subscription service that offers gamers access to more than $1000 worth of games for $9.99 a month. The Veteran Membership perk, which usually costs 2400 Gold for one month ($15 value), comes with the following benefits:

RETO MOTO's CEO Jean-Marc Broyer says: "We are excited and looking forward to welcoming new DISCORD players who will join in the War effort in Heroes & Generals WWII!"

In Heroes & Generals WWII thousands of players enlist in one massive war of nations. All battles influence the outcome of the war and players can fight for the United States, Germany, or the Soviet Union. The game offers the ability to engage as infantry, recon, tank crew, paratrooper or pilot and unlock a vast variety of weapons, vehicles, planes & ammo upgrades. Players can progress to become a General, gain ultimate power, strategize and deploy resources in battle.

You can find Heroes & Generals on DISCORD at this link and join the verified server to connect directly with the devs here.

RETO MOTO is an independent game studio based in Copenhagen. Established in 2008 by the original founders of IO Interactive and the creators of the Hitman series and Freedom Fighters, RETO MOTO develops and operates the game Heroes & Generals WWII, the ultimate Free-to-Play, large scale, multiplayer, shooter experience where thousands of players in multiple battles fight one massive war of nations. The first to capture 15 cities takes the glory.