Wednesday, April 3, 2019 - PlayFusion and Games Workshop are proud to announce that the hugely successful trading card game; Warhammer Age of Sigmar: Champions will launch on Nintendo Switch on April 16. 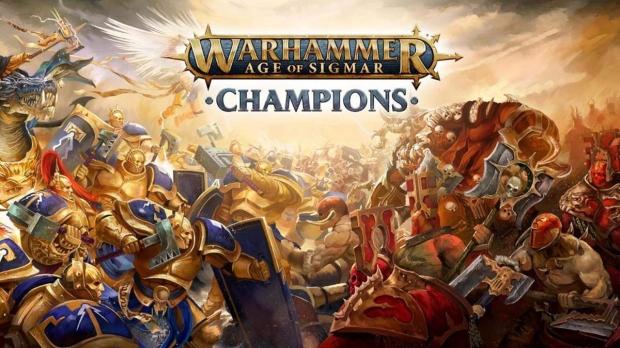 A platform-first for the beloved TCG genre, Warhammer Age of Sigmar: Champions is a modern take on collectible card games, featuring true cross-play between digital and physical versions. Players can scan physical cards into their collection to claim and take them onto the battlefield.

Harness the custom crafted decks from one of the four Grand Alliances and challenge friend or foe across the world and across platforms! The Nintendo Switch version supports full crossplay with Steam and Mobile devices. Players can also take Warhammer Age of Sigmar: Champions on the go, with joy-con and touchscreen support, or at home!

"The response for the physical and digital game has already been incredible, and we just can't wait to watch that grow to new heights," said Mark Gerhard, CEO and Co-Founder of PlayFusion. " With the upcoming release of our Set 3 cards in Savagery, and a whole heap of new features like Arena of Echoes and Realm Trials, there's always going to be something new to try. And now, there will be a much bigger community to try with"

Launching with the Nintendo Switch version is a brand-new huge single-player adventure, Realm Trials. With dozens of hours of content players will fight legendary battles to conquer the Mortal Realms! On top of this, players can also experience a whole new way to battle with the new mode, Arena of Echoes.

Drafting decks from 2 given alliances, players will craft their own from a random selection of cards and battle through a series of League rounds to gain entry to the prize Gauntlet. Be careful not to lose, else you drop through the ranks and end your run!

Realm Trials and Arena of Echoes join a robust series of narrative campaigns, multiple game modes including Ranked and Casual play, as well as seasonal leaderboards and challenges.

The banners of war will be raised when Warhammer Age of Sigmar: Champions launches on Nintendo Switch on April 16.

Headquartered in Cambridge, the tech nirvana of the UK, PlayFusion is a multi-award-winning technology company that is pioneering the future of enhanced reality entertainment. Powered by leading edge proprietary computer vision technology, the Enhanced Reality Engine seamlessly integrates physical and digital worlds, allowing the next generation of creators, storytellers and entertainers to deliver truly magical, and compelling experiences. PlayFusion's flagship creative IP, Lightseekers, is one of the fastest growing TCG titles. Warhammer Age of Sigmar Champions TCG is the newest smash hit from the company.

Games Workshop Group PLC (LSE:GAW.L), based in Nottingham, UK, produces the best fantasy miniatures in the world. Games Workshop designs, manufactures, retails, and distributes its range of Warhammer: Age of Sigmar and Warhammer 40,000 games, miniature soldiers, novels and model kits through more than 507 of its own stores (branded Games Workshop or Warhammer), the www.games-workshop.com web store and independent retail channels in more than 50 countries worldwide. More information about Games Workshop and its other, related, brands and product ranges (including its publishing division 'Black Library' and its special resin miniatures studio 'Forge World') can be found at www.games-workshop.com.