NASA has a new spacecraft operating on the surface of Mars. This afternoon, the InSight Mars Lander, which was designed, built and tested by Lockheed Martin (NYSE: LMT), navigated the dramatic entry and descent through the Martian atmosphere and touched down on Elysium Planitia in the equatorial region of Mars. Lockheed Martin is the prime contractor responsible for the complete spacecraft system - cruise stage, aeroshell and the lander itself. Mission management and navigation were handled by NASA Jet Propulsion Laboratory (JPL) and spacecraft operations were performed by engineers at Lockheed Martin Space's Mission Support Area in Littleton, Colorado. 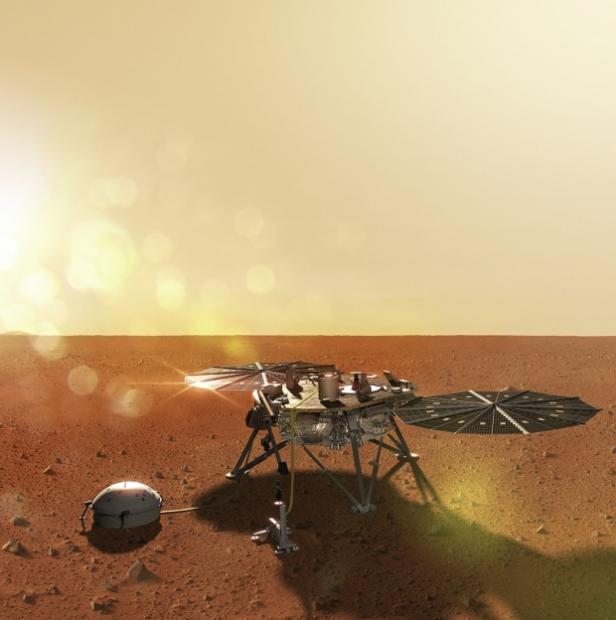 At 12:47 p.m. MST, onboard software commands, developed by Lockheed Martin, fired six separation nuts and jettisoned the cruise stage of the spacecraft while it was 78 miles above the surface. That started a series of events that took the spacecraft through six different configurations and from a speed of 12,300 mph to a gentle touchdown on the surface. The data signal confirming the spacecraft had successfully landed was received on Earth at 12:52 p.m. MST.

"The InSight lander is a remarkable spacecraft. Through the entire entry, descent and landing it performed flawlessly," said Stu Spath, InSight program manager and director of Deep Space Exploration at Lockheed Martin Space. "NASA's JPL, which has been a pioneer in Mars exploration for decades, partners with both academia and private industry to bring the best expertise and innovation forward to make important exploration missions like InSight a success."

After landing, the spacecraft waited approximately seven minutes to use its X-band small deep space transponder to send a tone confirming the health of the spacecraft. Then, 25 minutes after that, the lander deployed its two solar arrays, with a width of 19 feet, 8 inches, to begin recharging the spacecraft's batteries

Two NASA orbiters, Mars Reconnaissance Orbiter (MRO) and 2001 Mars Odyssey, were also involved in this historic mission. MRO received and recorded InSight data during its journey to the surface, and will send it back to Earth later today. Both MRO and Odyssey will provide UHF relay during the entirety of the InSight surface mission - Odyssey in the morning and MRO in the afternoon. Both MRO and Odyssey spacecraft were built by Lockheed Martin and both are operated for JPL by the company.

"Our team is thrilled by the successful landing of the InSight spacecraft," Lisa Callahan, vice president and general manager of Commercial Civil Space at Lockheed Martin Space. "With missions like this, there are no guarantees; historically, less than half of the world's missions to Mars have been successful. Every arrival at another planet is an incredibly complex engineering challenge. But that's what we do best at Lockheed Martin. It's an honor for us to partner with NASA and JPL on yet another Mars mission."