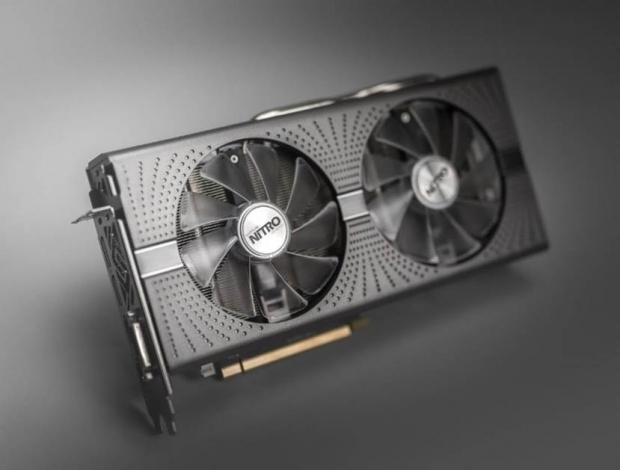 The best performing and best looking SAPPHIRE NITRO+ card ever

Thanks to continuous streamlining of FinFET 14 nm production process, the latest Polaris GPUs that power SAPPHIRE NITRO+ Radeon RX 580 and RX 570 cards are even more energy-efficient. This allowed SAPPHIRE to crank up the clocks and reach up to 10% better performance compared to previous series. To add even more headroom for overclocking, SAPPHIRE is cherry-picking Polaris chips for the SAPPHIRE NITRO+ Radeon RX 580 Limited Edition.

The Dual-X cooling in SAPPHIRE NITRO+ RX 580 and 570 has undergone a complete overhaul. Designed for the power limit that goes well beyond the regular specification, new cooler is very audibly better. When targeting the same GPU temperature of 75 degrees Celsius, the Dual-X on SAPPHIRE NITRO+ RX 500 Series is up to 12 dbA quieter, while still achieving significantly lower components temperatures over the previous series. Such cool results come from a redesigned heat pipe system (2x 8 mm + 2x 6mm), larger heat dissipation surface of 54 fins and robust VRM cooling.

SAPPHIRE has also improved the Intelligent Fan Control III system, increasing the precision of the fan controller. The differences in RPMs from fan to fan were brought down from 10% to 3.2%, increasing the cooler's accuracy.

The SAPPHIRE NITRO+ Radeon RX 580 Limited Edition is not only the best performing card of the NITRO+ Series, but also the best-looking one. For customization and future-proofing, SAPPHIRE is adding an additional pair of new translucent fans that are also backlighted with Cool Blue LEDs. Users can easily swap the default black fans without voiding warranty, leveraging the SAPPHIRE Quick Connect system.

These new translucent, glowing fans will further adorn the unique Gun Metal shroud that is only available in the Limited Edition.

The NITRO+ RX 580 and 570 cards also feature NITRO Glow - a stylish RGB LED backlight on the side, easily controlled with SAPPHIRE TriXX 3.0 software. 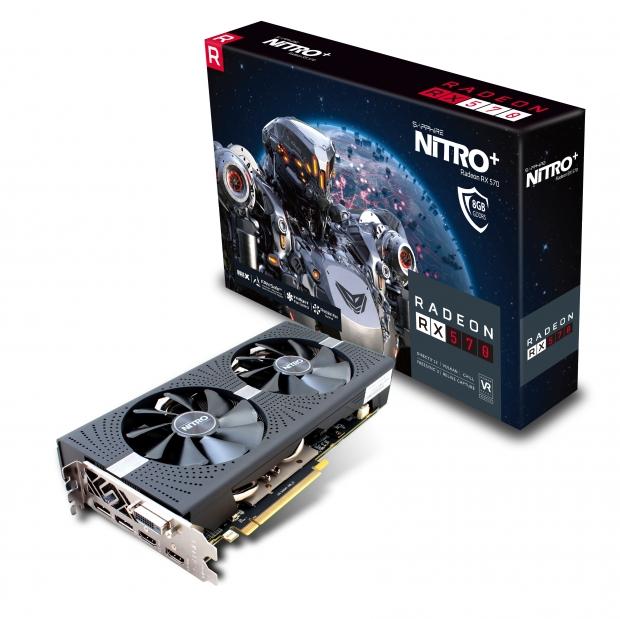 The power of choice

All SAPPHIRE NITRO+ Radeon RX 580 and RX 570 cards feature an 8-pin power connector. The NITRO+ RX 570 cards come with an optional 6-pin connector. This provides options for users who seek either maximum power efficiency or more overclocking potential. On top of that, cards come supplied with a Dual-UEFI BIOS that also serves the role of a switch between Boost and Silent mode. The Boost setting pursuits the maximum performance for gaming, while Silent setting is for the users who is demanding almost silent gaming.

Radeon Chill is an intelligent power-saving feature for RadeonÃƒÂ¢"Ã,Â¢ graphics that dynamically regulates framerate based on your movements' in-game. During peak gameplay, Radeon Chill works to deliver the full framerate potential of Radeon graphics. As movement decreases, Radeon Chill reduces your gameplay framerate. Designed to save power, lower temperature, and increase battery life, Radeon Chill enables high performance graphics when you battle and saves power when you explore. 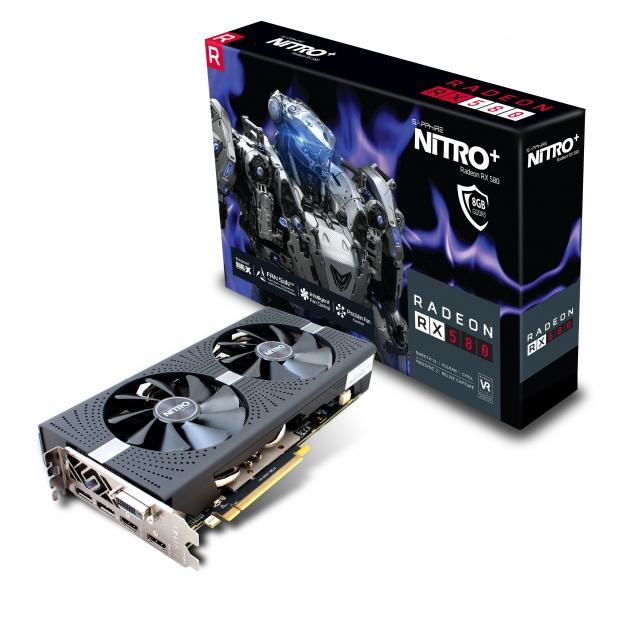 For gamers eager to get their hands-on the new Limited Edtion card, SAPPHIRE is running a special contest at www.sapphirenation.net, the SAPPHIRE Technology Community blog. Head over to https://sapphirenation.net/TheNewNitro/ for more details. 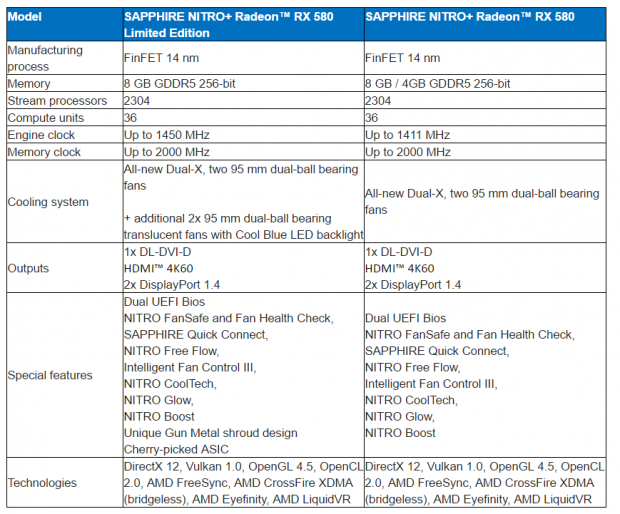