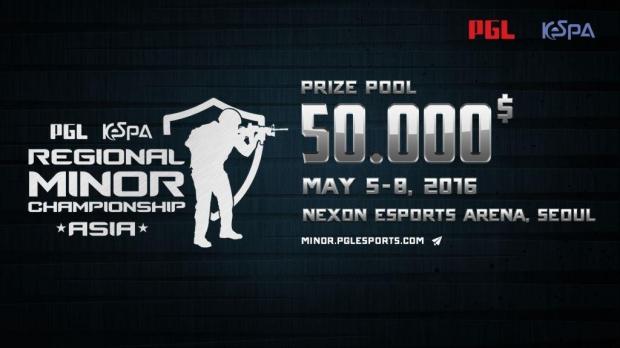 The PGL KeSPA Regional Minor Championship: Asia will reinvent the Asian CS:GO scene, setting itself apart as the first tournament of its kind to take place in South Korea.

The event will include eight of the most popular up-and-coming Asian teams and the biggest prize pool for a CS:GO tournament in Korean history: $50.000. Furthermore, the top two placed teams will get a spot in the offline qualifier for the next CS:GO Major (as of yet unannounced).

Teams Mongolz and Renegades have been directly invited, based on their past performances. The six other squads which will make up the tournament's groups will be fielded via open qualifiers:

Korean fans will be able to enjoy this one-of-a-kind event live in the Nexon eSports Arena (free entrance) or through IPTV and CATV, marking another first for the local CS:GO scene: the first tournament to be broadcast on television.

For updates on the PGL KeSPA Regional Minor Championship: Asia, including the qualifier schedule and talent line-up, please check the official competition website.