All the latest virtual reality and augmented reality plus 3D related news, with everything related to gaming headsets & plenty more - Page 11.

Sony recently revealed that it is in the process of developing the next-generation PSVR headset. Sony hasn't said much about the new headset except that it will get fancy new controllers, although some details have begun to leak about the upcoming device. The most recent leak comes courtesy of Bloomberg. 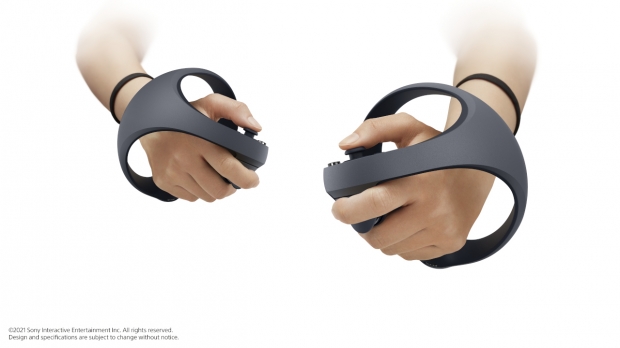 In a new report about Japan Display Inc., which is making a pivot from manufacturing iPhone displays to building LCD panels for the VR market, Bloomberg noted that Sony Group Corp remains as "one important holdout" from adopting LCDs for its VR headset. Citing "people with knowledge of the matter," Bloomberg stated that Sony's upcoming PSVR2 would feature OLED panels from Samsung.

This new information about Sony opting for OLED panels follows a series of recent information leaks. In May, we learned that the PSVR 2 may include haptic feedback for your face and that the headset would likely include dual screens that offer 2K resolution per eye. The headset is also supposed to come with eye-tracking cameras to enable foveated rendering and lifelike interactions with virtual characters. 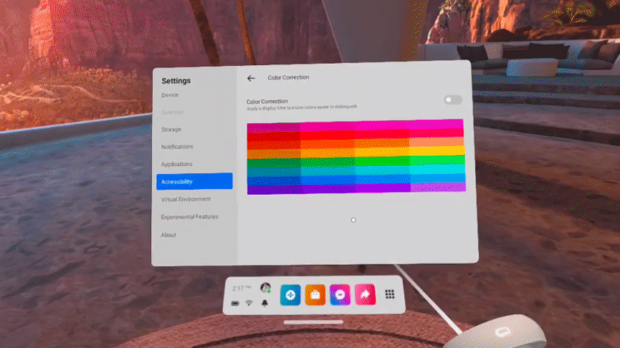 The new update also includes a new feature called Raise View, which allows you to adjust the height of your vantage point by up to 16-inches, enabling you to play standing games from a seated position.

Pimax revealed to its Kickstarter backers and community members that it is nearing the production of the Pimax Sword motion controllers. The company is in the last stage before final production starts. 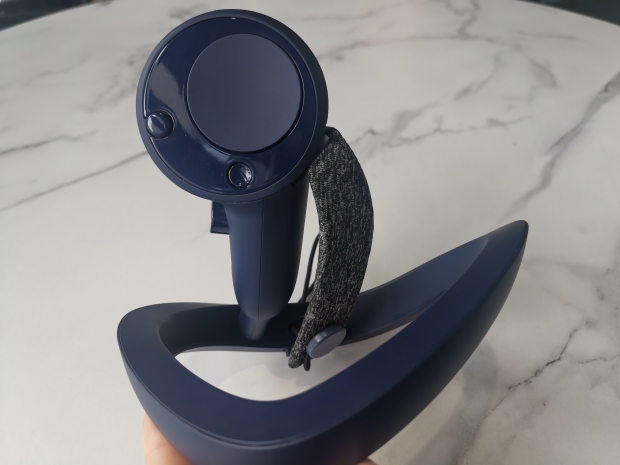 Pimax has been working on its VR motion controllers for years now. The company first revealed plans to make Pimax-branded SteamVR-tracked motion controllers during its Kickstarter campaign in 2017. The controllers were meant to be a component of the Pimax 8K or 5K full package. And when the campaign reached $4 million in funding, Pimax said it would sell two varieties; one with a trackpad and one with a thumbstick. Kickstarter backers who opted for the full kit have since received Valve Index controller to fulfil their purchase, but the Pimax controllers are still coming.

The Pimax controllers have undergone several redesigns and iterations since the 2017 campaign. In 2019, Pimax revealed the controller's name, dubbed Sword, and showed an early rendering of what they would look like. Finally, it appears Pimax is getting ready to bring the Sword controllers to the market.

Facebook has gobbled up yet another top-tier VR developer. This time, BigBox VR, the studio behind the increasingly popular VR shooter, Population: One, was the subject of Zuckerberg's sights. The studio is now part of the Oculus brand. 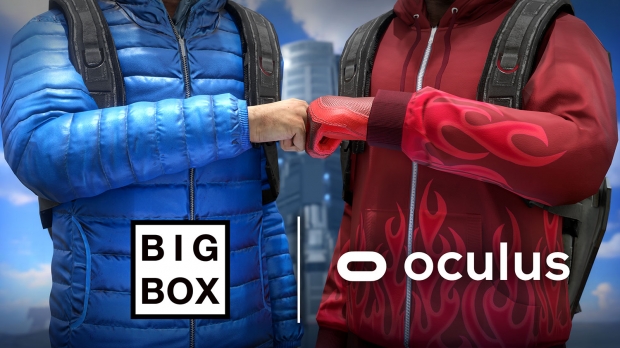 Population: One launched just nine months ago, but in that short period the studio has captured the hearts of many VR gamers. The studio has continued to pour resources into the game's development, and it regularly adds new content for its continuously returning player base. Evidently, Facebook's executives took notice and liked what they saw. On Friday, BigBox VR gave up its independence to become part of Facebook's team.

With Facebook's resources behind the game, Population: One is sure to continue to grow and likely in ways that wouldn't have been possible independently. With the resources of Facebook and Oculus Studios behind them, BigBox VR should be able to pour gas on the fire and accelerate the growth path for the game.

Schell Games revealed the sequel to I Expect You To Die with more elaborate puzzles and even more sticky situations to get yourself out of. The next edition is coming out this summer.

I Expect You Tu Die 2 adds new missions in new locations but keeps all the danger. One wrong move, and as the name suggests, you're not going to make it. Every puzzle in this game has fatal consequences for every mistake.

Continue reading: I Expect You To Die 2 coming to all VR platforms this summer (full post)

Aldin dropped a surprise announcement about its flagship game, Waltz of the Wizard, over the weekend. The game's next expansion, Natural Magic, brings more than just new spells to learn. The developer has added "hours of entertainment" to Waltz of the Wizard, giving you new locations to explore, and enemies to put your new skills to the test.

Waltz of the Wizard is one of the most successful VR titles, with over 400,000 unique players. Aldin has created a unique interactive experience in Waltz of the Wizard, that lets you experiment with spell craft and magic casting. The new expansion, Natural Magic, takes you out of the wizard's quarters and into the world where you must put your magic powers to practice.

The new expansion includes an exterior courtyard where you can explore the new "natural magic" skills the expansion brings to the table. Once you've learned the basics, you can put your new magic powers to the test against magical enemies in a mysterious hidden fortress.

Ming-Chi Kuo, an analyst at TF International Securities who monitors Apple's supply chain, predicted that at least three new XR devices from top tech companies would hit the market in 2022. Kuo derived his opinion from his knowledge of the lens industry. 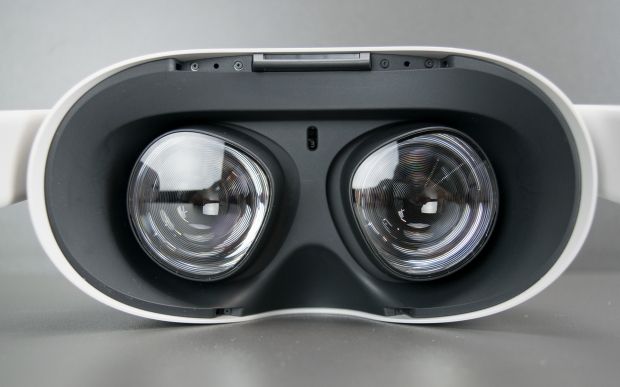 Ming-Chi Kuo recently released a research report which analyses orders for lenses that Taiwanese lens manufacturer Yujingguang (also known as Genius Electronic Optical) expects to deliver this year and next year. According to Android Central, Kuo's report states that Yujingguang will build the lenses for a future Oculus Quest headset and Sony's upcoming PSVR2. Based on the order details, Kuo expects the headsets to land next year.

Kuo's report also suggested that the lenses for these new devices would be more expensive than current generation lenses. However, they should provide an increased field of view and improved image clarity. Yujingguang currently builds 50% of the lenses for Facebook's Quest 2 headset, and the company expects to continue that rate next year, with an expected supply of 22 million units delivered. The company also anticipates supplying 50% of Sony's PSVR lenses but provided no sales estimates.

The Oculus Quest Guardian system is getting a size increase

According to a report from UploadVR, the next Oculus Quest update will introduce a 50% increase to the maximum area that you can set the guardian bounds.

The Oculus Guardian gives you a virtual boundary to prevent you from walking into a wall or your TV. Currently, the Oculus Quest can address up to 10m x 10m of useable place space, which is a lot more space than most people have available. However, there must be at least a subset of users who desire more trackable space because Oculus is reportedly going to increase the maximum to 15 meters square when version 30 of the Oculus Quest OS rolls out later this year.

Oculus told UploadVR that it expects the increased size to "benefit a variety of apps." Which apps need more space remains to be seen. We would imagine it would mostly be custom applications for location-based entertainment facilities and training solutions for businesses that would most benefit from the increased tracking space.

Vertigo Games is getting ready to release its next VR game, After The Fall, and the development team is starting the stir up the hype. A new preview real explains a bit more about the backstory and the enemies you face.

After The Fall is a 4-player co-operative multiplayer VR shooter set in a fictional post-apocalyptic world that collapsed decades ago, and it is now overrun by terrifying zombies.

"The difference between After The Fall and other VR zombie shooters is that you can play it together with your friends. So it's all focused on 4-player co-op," said Richard Stitselaar, Vertigo Games Studio Director. "It's crucial for any team member to work together by healing each other, sharing ammo, sharing weapons. This is the only way you can survive in After The Fall."

Continue reading: After The Fall looks like a scary fun time for you and your friends (full post)

Future Oculus headsets will be subsidized by software sales

During a live AMA session on Instagram Wednesday evening, a viewer asked Zuckerberg what Facebook is doing to lower the barriers to emerging technologies like augmented reality. Zuckerberg's response was surprisingly candid and it revealed highlighted why Oculus will remain a dominant brand in the XR space for years to come. 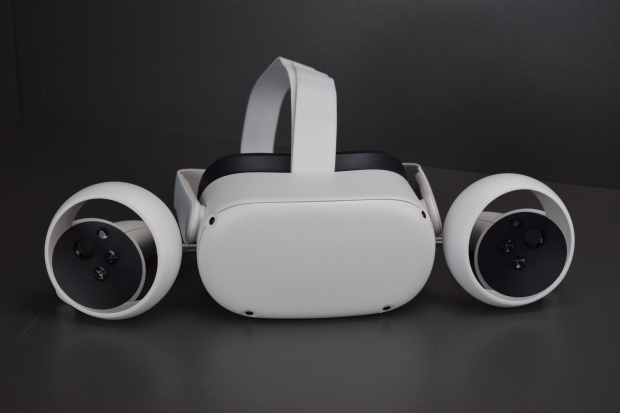 Zuckerberg is on a mission to put as many people as possible in XR devices in the next 10 years, and he's ready to lose money to make it happen. Like the console market has historically done, Facebook will forgo up-front profits on hardware sales, and may even sell devices at a loss, with the expectation of coming out ahead through software sales.

Zuckerberg said he believes that making XR devices accessible requires two things: A high-quality wire-free experience, and a cost that consumers can afford. There may always be tethered headsets, but Zuckerberg thinks those devices will remain niche products.