The latest and most important Software news - Page 5.

Apple has a new API for its Music service which offers a variety of exciting features for developers, allowing them to do all kinds of things they couldn't before. 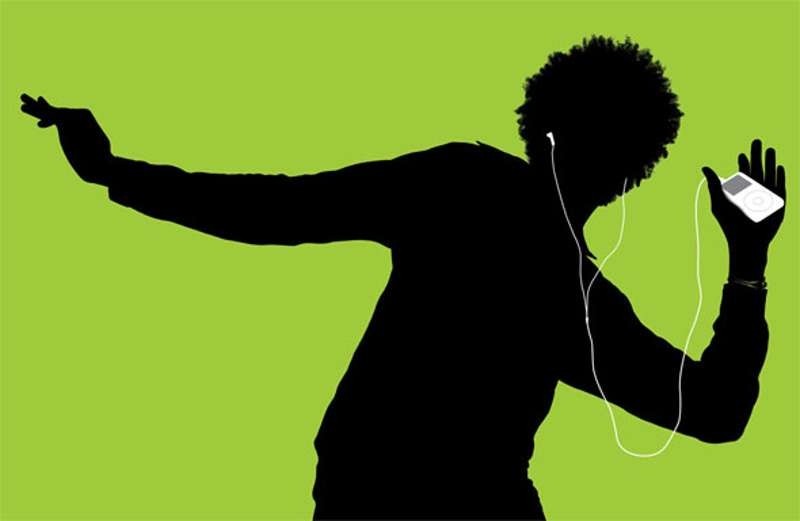 Some of you have been circumventing the default behaviour for Cortana searches in Windows 10, telling her to search the web with a browser other than Edge and/or an engine other than Bing. Microsoft is putting a stop to both as of today, in what it says is an effort to ensure the best possible experience. 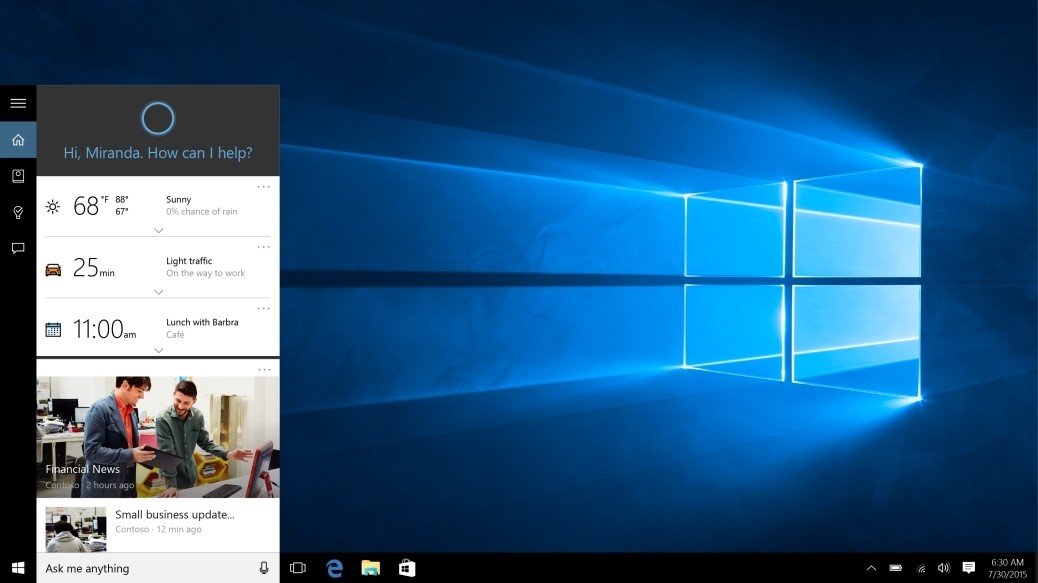 "The result is a compromised experience that is less reliable and predictable," it explains in a blog post. "The continuity of these types of task completion scenarios is disrupted if Cortana can't depend on Bing as the search provider and Microsoft Edge as the browser. The only way we can confidently deliver this personalized, end-to-end search experience is through the integration of Cortana, Microsoft Edge and Bing - all designed to do more for you."

"Starting today, to ensure we can deliver the integrated search experience designed for Windows 10, Microsoft Edge will be the only browser that will launch when you search from the Cortana box."

Microsoft Office is already, arguably, the global standard for office suites, but that clearly isn't enough and even more functionality into its core. The latest insider preview build is letting you access AutoCAD files inside Visio and adding much better collaboration tools into the mix. 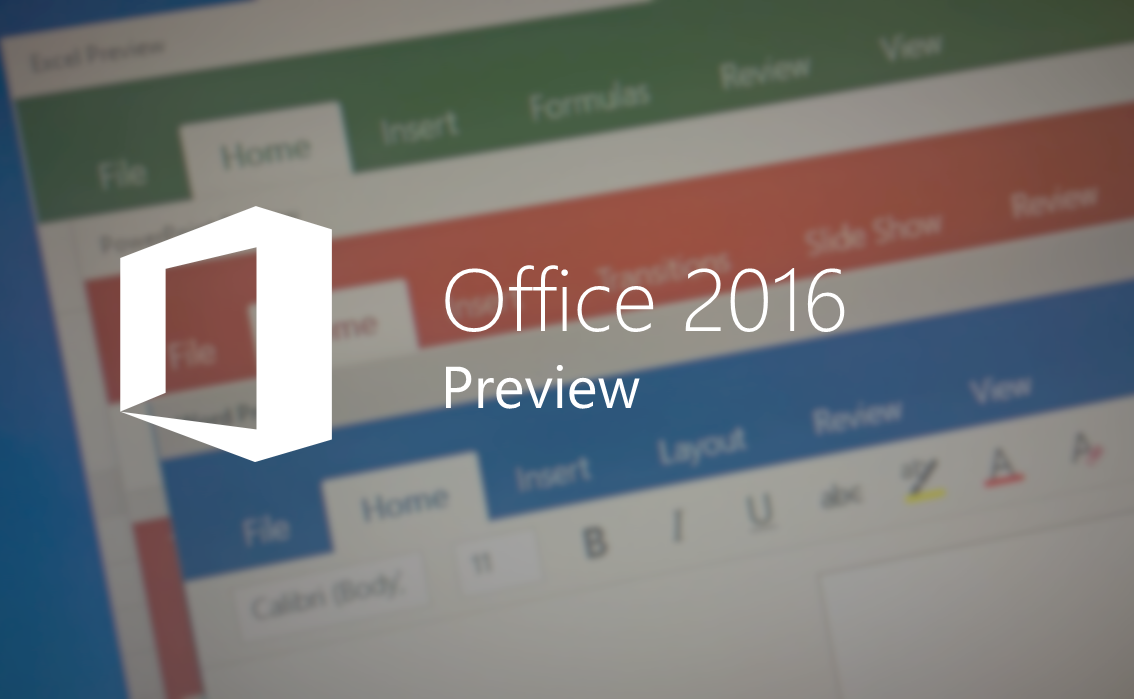 Build 16.0.6868.2048 for Office 2016 has been seeded to those in the preview program and seems to let you share and work on files while also chatting with them at the same time. You can make comments, talk about those comments, make changes, chat about those changes, highlight poor logic, chat about that poor logic, and review the entire project with someone from within Office itself. While chatting. The collaborative features are actually quite fascinating and make it easier to address changes that need to be made in real-time, from different parts of the world. Despite the sarcastic comments, it's actually quite nifty and very useful.

AutoCAD files can be imported into Visio and you can now add various elements to those files should you need to if you don't happen to have AutoCAD, giving you the opportunity to collaborate on those types of projects as well. These improvements, though slight, are only for the insider preview program and could be further refined, or even thrown out completely. The feedback they receive from the preview members should help, however. This is also only for Windows at the moment, Mac need not apply.

Adobe still dependent on QuickTime, says no ETA on changes

As reported last week, Apple has quietly retired its QuickTime software. While most don't use it anymore anyway, an important group still does: Adobe software users on Windows, which are now left hung out to dry. 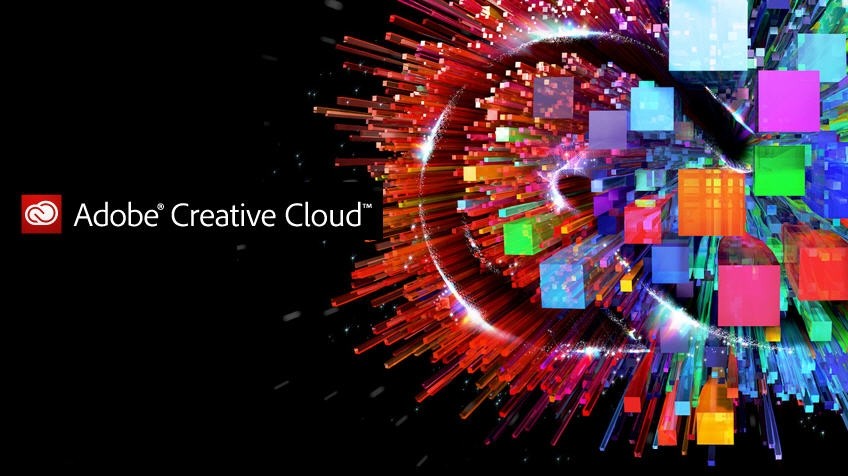 The Adobe Creative Cloud team describes the situation as "unfortunate", and says it doesn't yet have an estimated date for when Adobe will have its dependencies worked out.

"There are some codecs which remain dependent on QuickTime being installed on Windows, most notably Apple ProRes. We know how common this format is in many worfklows, and we continue to work hard to improve this situation, but have no estimated timeframe for native decode currently."

Computer security company Trend Micro as well as Apple is advising those who have QuickTime installed on Windows machines to uninstall it immediately, as Apple has recently dropped support for it and it's host to two major security vulnerabilities. Mac OS X users need not do so. 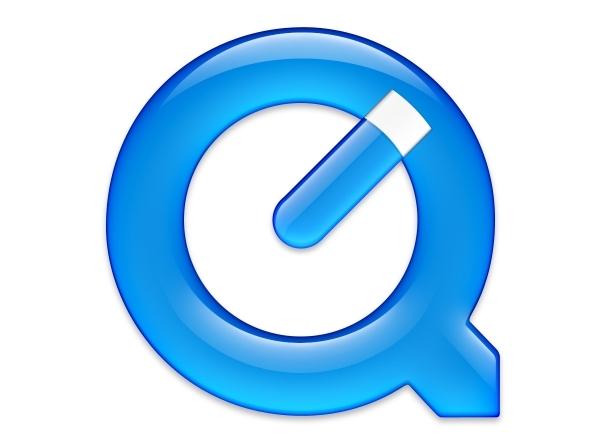 QuickTime isn't exactly commonplace these days, but the software may have found its way onto your system upon plugging in an Apple device or installing Apple software, or through Adobe software. Better safe than sorry.

Microsoft's new desktop app converter ensures that tons of legacy programs will now be folded into the Windows 10 UWP platform. 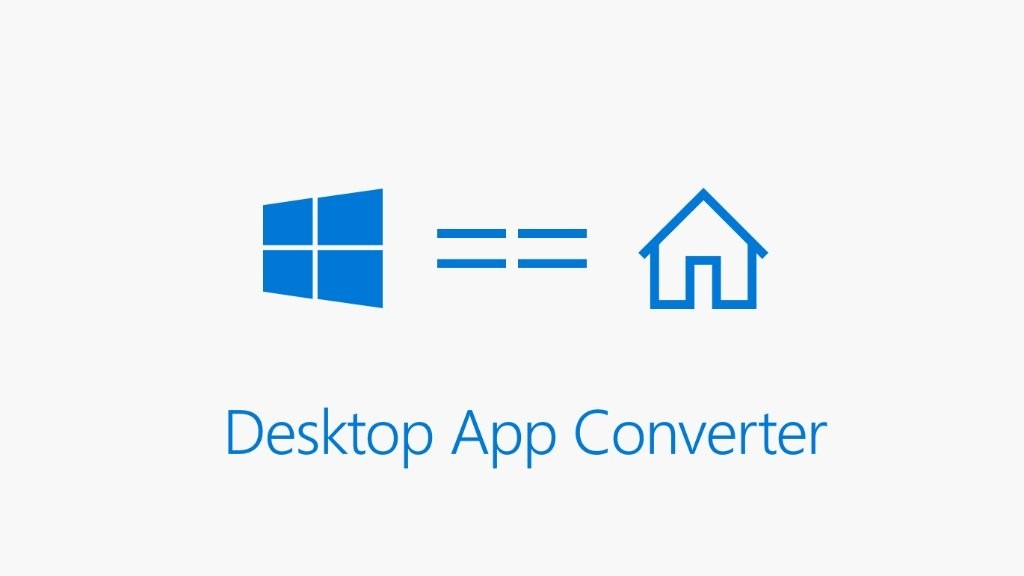 At its Build 2016 conference, Microsoft unveiled a new tool that will change everything. The "Project Centennial" app converter allows developers to easily convert legacy Win32 programs into Windows 10 compatible apps. This means that .exe and even .msi files used on older OS like Windows 7 can be seamlessly transformed into the AppX format used by Windows 10, and then be put on the Windows Store.

This is Microsoft's answer to essentially bringing over existing apps to the Windows Store, ensuring the storefront continues to grow. It's also a means of building up the Universal Windows Platform and solidifying Redmond's plan for a unified ecosystem. Microsoft didn't reveal an official release date for the Centennial App Converter, but it'll be available soon to members of the Windows Developer Preview Program.

Microsoft says that Windows 10 isn't installing itself on user PCs

Microsoft wants the entire world running on Windows 10 (for obvious reasons), so it's not so far-fetched to think that Redmond would start sneakily upgrading Windows 7 and 8.1 users to the new OS. That's exactly what a significant amount of users claim happened, but Microsoft (once again) denies that this is even possible. 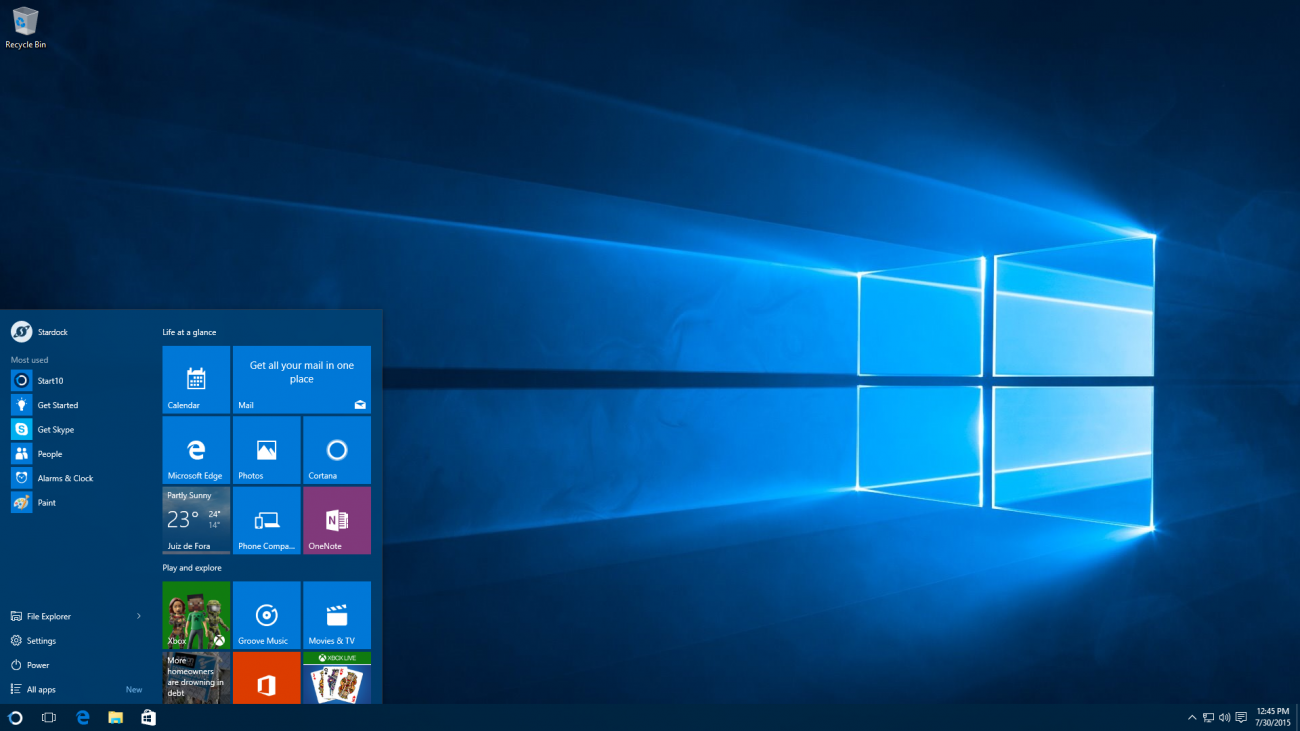 According to Redmond, users remain "fully in control" over their Windows PCs, and Windows 10 will not upgrade or install without your permission. "We have updated the upgrade experience to make it easier for customers to schedule a time for their upgrade to take place. Customers continue to be fully in control of their devices, and can choose to not install the Windows 10 upgrade or remove the upgrade from Windows Update (WU) by changing the WU settings."

DICE and the Frostbite Engine team are putting their weight behind AMD's GPUOpen initiative, as you can see from the tweet and video below.

In the video, DICE rendering engineer Arne Schober touts the level of hardware access GPUOpen offers programmers like himself, while also praising the friendly, powerful ecosystem it encourages.

Microsoft: The Universal Windows Platform is a fully-open ecosystem

According to Microsoft, Epic Games co-founder Tim Sweeney has it all wrong: Redmond's push into Windows 10 PC gaming isn't the beginning of an oppressive regime, but a "fully open ecosystem" that taps the freedom of the platform. 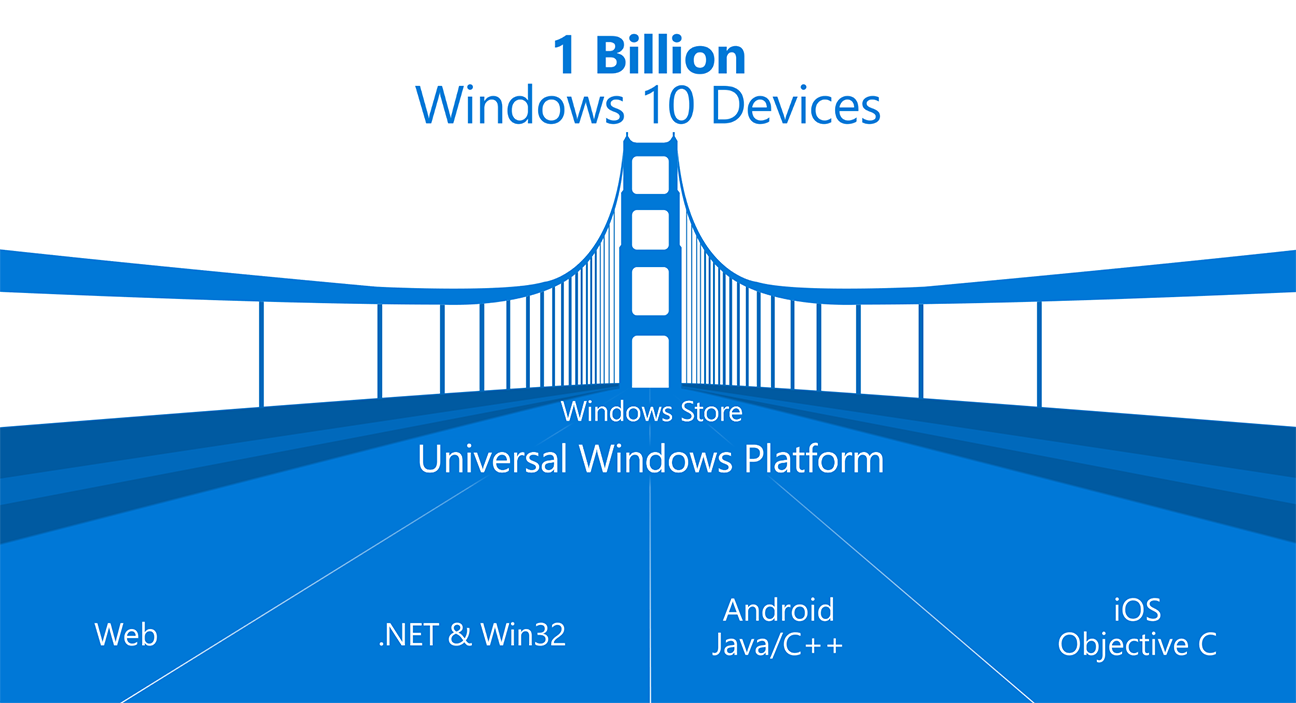 In a recent op-ed piece for The Guardian, Epic's Tim Sweeney called Redmond out for its new invasive push to utterly dominate PC gaming. The developer, who has had a long-running relationship with Microsoft with its Gears of War franchise, says that Microsoft is "curtailing users' freedom to install full-featured PC software, and subverting the rights of developers and publishers to maintain a direct relationship with their customers." Sweeney is calling for gamers, developers, and publishers to fight this move.

Microsoft has delivered an official response to Sweeney's statements, saying that the Universal Windows Platform--which powers Windows 10 PC gaming--is quite open. "The Universal Windows Platform is a fully open ecosystem, available to every developer, that can be supported by any store," said Kevin Gallo, corporate vice president of Windows. "We continue to make improvements for developers; for example, in the Windows 10 November Update, we enabled people to easily side-load apps by default, with no UX required."

Creator of the Malware Museum Jason Scott already has another Archive.org project out: The Windows 3.x Showcase. Featuring 49 pieces of emulated software from the early 90s, it's intended to show off the wide, wonderful range of products developers were putting out in those early days. 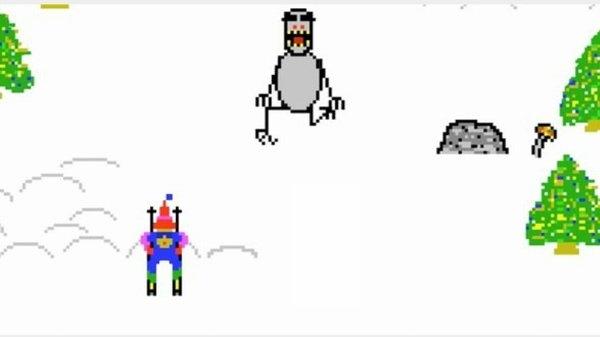 Most of it is games: Ski Free, WinRisk, Win Pool, the Ms. Pac-Man knock-off Ms. Chomp, and the like, but some intriguing non-game software is on display, too: a Windows benchmark by PC Magazine, a MIDI music program, a resource monitor, a Windows 95 demo, and more.

You can try it all out for yourself via the source link below. Only your browser is required.