All NewsBusiness, Financial & LegalCases, Cooling & PSUContests & GiveawaysCPU, APU & ChipsetsDealsDisplays & ProjectorsGamingMotherboardsScience, Space & RoboticsStorageVideo CardsVirtual & Augmented Reality
All ReviewsAll ArticlesAudio, Sound & SpeakersCases, Cooling & PSUCPUs, Chipsets & SoCsComputer SystemsDisplays & ProjectorsGamingMotherboardsNetworkingPeripheralsStorageVideo Cards
GuidesGamingAsk the ExpertsNewsletterAboutForums
RTX 4090Windows 11Halo InfiniteBattlefield 2042Elon MuskGTA 6RTX 3080HDMI 2.1
At SIGGRAPH 2008, NVIDIA has demonstrated the first GPU-only ray trace in the form of a tech demo. Using the highly intensive ray tracing method soley on a Quadro Plex 2100 D4 with four GPUs, the demo shows a Bugatti Veyron containing up to a whopping two million polygons. There are also many ray traced shadows and reflections displayed in near perfect accuracy; all this at up to 30FPS with a resolution of 1920x1200. 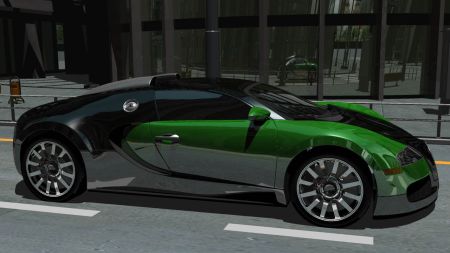 You can view all of the screenshots at PCGamesHardware. The lads at HotHardware have also gone into detail about the benefits of Ray Tracing and how difficult it's been to implement in the past. 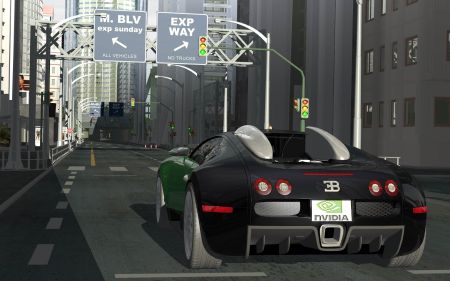 During SIGGRAPH 2008 in Los Angeles NVIDIA is demonstrating a fully interactive GPU-based ray tracer. The demo is based purely on NVIDIA GPU technology, and according to NVIDIA the ray tracer shows linear scaling while rendering a complex, two-million polygon, anti-aliased automotive styling application.

At three bounces, performance is demonstrated at up to 30 frames per second (fps) at HD resolutions of 1920x1080 for an image-based lighting paint shader, ray traced shadows, reflections and refractions running on four next-generation Quadro GPUs in an NVIDIA Quadro Plex 2100 D4 Visual Computing System (VCS). Some of these screenshots, however, were taken with the resolution increased all the way up to 2560x1600. Frame rates at that resolution weren't available though.