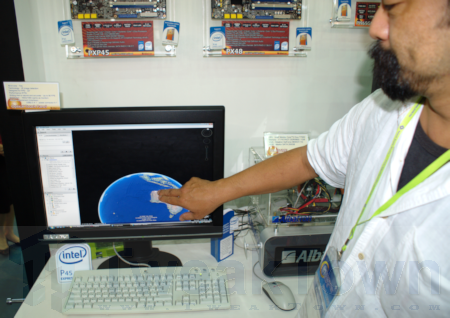 If you recall a movie called "Minority Report", this tech will blow you away. In the upcoming Windows 7 operating system, Microsoft will introduce multi-touch finally that basically allows multiple input detection where as XP and Vista is still single.

Albatron had a special driver made for Vista which allows multi-touch and while it is nowhere near fine tuned at this stage, it does work surprisingly well even now.

Albatron's Optical Touch Panel is 22-inches in size, has a widescreen resolution of 1650 x 1080, has touch accuracy up to 90 frames per second and uses DVI. Here is a video of the amazing technology that we uploaded to YouTube.

The future is on our doorstep and it's exciting!