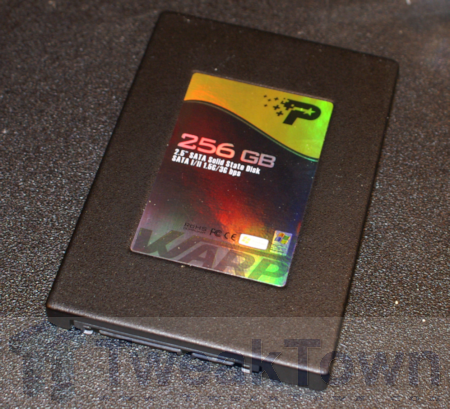 The friendly folks we talked to were hush hush on pricing but said they expected it to be on sale by July. It's going to set you back quite a few pennies, so start saving them. Patriot claim incredible read and write speeds but since we spoke to them today (Day 0), the live demo was not up and running when we visited them.

We will check back with them later in the week and see what it is capable of when put to the HD Tach test.