It is based on Intel's soon to be released P45 Express chipset and introduces a new cooling heatpipe setup which not only cools the Northbridge but also the eight phase digital PWM.

It has two PCI Express x16 slots which both electronically work at x8. You get a total of eight SATA-II ports powered by a mix of the Intel ICH10R Southbridge and Jmicron JMB363 chipset. 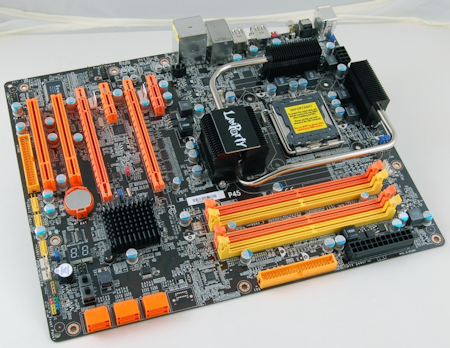 We'll bring you a closer look at this product next week from the show floor.