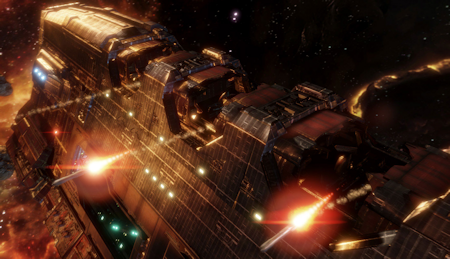 The folks over at Futuremark have just issued the first update for the 3D benchmark. It adds the following hot fixes updates...

- Off-line score viewing is now available in the Advanced Edition.
- Score save / submit saved options are now available in the Advanced Edition.
- Ad banners have been removed from all editions.
- Added a "SEND ERROR" button to error messages; clicking this will send detailed error information to Futuremark for better bug tracking and fixing. No personally identifiable information will be sent or stored.

And the hotfix fixes the following...

- An issue preventing valid serial key entry in some cases has been fixed.
- An issue causing "boost::filesystem::create_directory" error message after registration has been fixed.
- Added a check and error message for hardware that is not DX10 capable.
- Improved detection of supported resolutions so that CPU test minimum requirement (1280x1024) is now taken into account correctly.
- Fixed an issue where pressing the ESC key during CPU test loading screen, the user would be taken to a score view with score -1.
- The entire 3DMark Vantage application is now elevated to Administrator rights, rather than only the SystemInfo component. This will ensure more robust SystemInfo and benchmark functionality, and fixes the "pop-behind" elevation dialog.
- Fixed an issue that sometimes caused "WM_QUIT" error messages.
- Post-processing scale is now displayed correctly in the UI for the Extreme Preset.
- Fixed an issue that could cause resolution switches at test runtime.

Head on and grab the 3DMark Vantage Hotfix 1.0.1 from here.