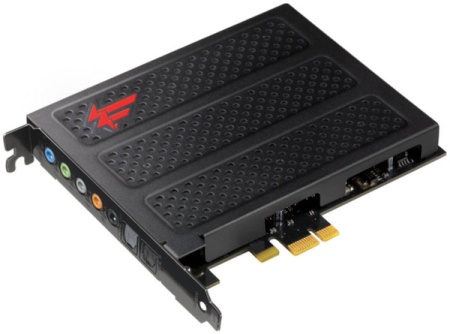 If you're looking for something with even more bells and whistles, Creative are also offering the new Sound Blaster X-Fi Titanium Fatal1ty Champion Series which is indentical to the Professional Series card but also includes an internal I/O drive for more convenient front panel port access and volume control. The drive can fit into a 3.5" bay and features mic-in and headphone-out connections, or you can slide the unit into the included 5.25" bracket which adds RCA line-in connections into the mix. 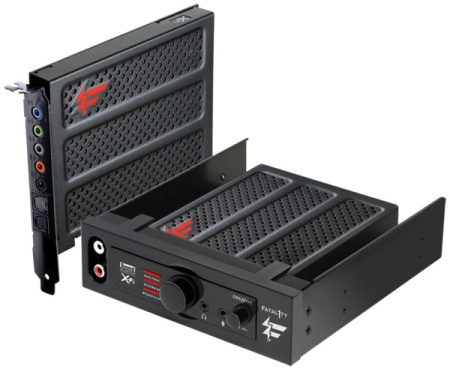 You can find more information on both Fatal1ty models within Creative's official announcement here folks.