Not only does it get a boost in memory but it also sees its clock speeds increased to further push performance as high as possible. The core clock is set at 825MHz which is a fair boost over the reference model clock rate and the memory spins its wheels at 1800MHz DDR. 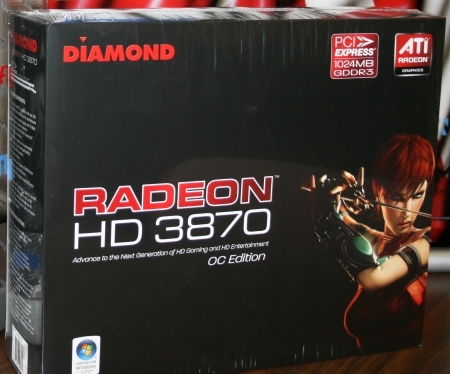 The HD 3870 is a dual slot card, PCIE 2.0, with 1024MB of DDR3 memory and an overclocked speed of 825 MHz. The memory speed is 900 MHz. As with the original HD 3870, the 1 gigabyte version is designed with 320 stream processors and plug-and-play ATI CrossFireX upgradeability with up to quad-GPU support.