The guide suggests which programs to use and which work on various Eee models and eitheer Windows XP or Linux variants of the operating system. After offering a quick CPU overclocking theory lesson, they move onto the fun part, overclocking the Eee! Cutting through all the useful information, Vito Cassisi managed to increase the Intel Celeron M processor clock speed from 900MHz to 1GHz. 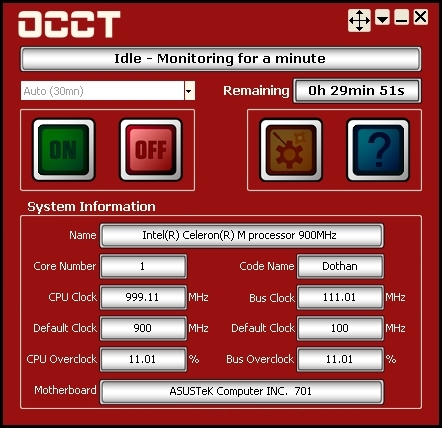 It was all done by increasing the Front Side Bus (FSB) from 100MHz up to 110MHz. It may not seem like much in comparison to desktop systems which can spin their wheels at up to and over 600MHz FSB but for such a small little unit, a 10% processor overclock ain't too bad in our books.

If you're an Eee PC owner and want a free little speed boost, head on over to the guide and read more.