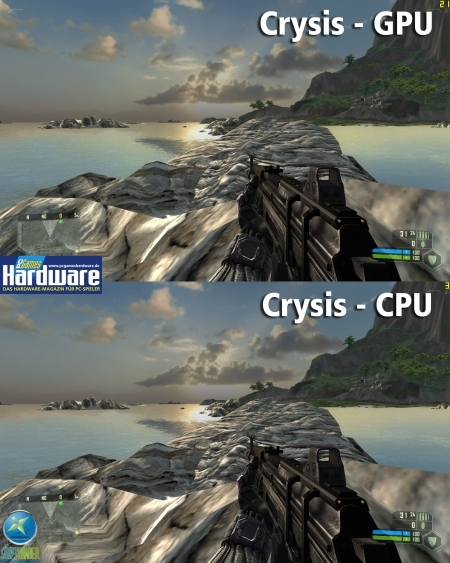 PC Games and Hardware in Germany spent some time with the new 3D software renderer over the past weekend and showed some very interesting details. The results are less than impressive for the CPU vs. GPU with a single GeForce 8500GT graphics card being able to provide seven times better performance than an Intel Core 2 Quad processor clocked at 3.8GHz.

Even though the numbers don't look good at this early stage of the game, PCGH claim that SwiftShader 2.0 is up to 50 times faster than the reference rasterizer from Microsoft and supports Shader Model 2.0. There are more benchmarks including 3DMark and Call of Duty 4 over at the article, which is here (translated from German to English via Google). There are also a bunch of screenshot comparing GPU and CPU graphics quality.