Disney has hopped into the realm of being play with the knob of time, as the company has developed a new AI tool that is capable of winding back the clock for actors.

The new artificial intelligence tool is called the Face Re-aging Network (FRAN), and is capable of automatically changing the age of actors, which will undoubtedly speed up the visual effects editing process that already takes several months to days, depending on the length of the content being altered. Manual de-aging typically involves an individual going through every single frame of the film and painting the appropriate effect onto the actor's skin. Another way is completely replacing the actor with a digital puppet to speed up the editing process.

Now, Disney plans on putting the majority of that heavy lifting onto the shoulders of an AI, specifically FRAN, that the company says already complements traditional re-aging techniques that are already widely used in film production. So, how does it work, and why is it better than what's already out there? According to Disney's paper and website, FRAN is able to detect specific regions of the face that can emphasize the age of the person and adjust them independently of the rest of the face. An example of this would be identifying an individuals wrinkles and winding the clock forward/backward to add/remove them. 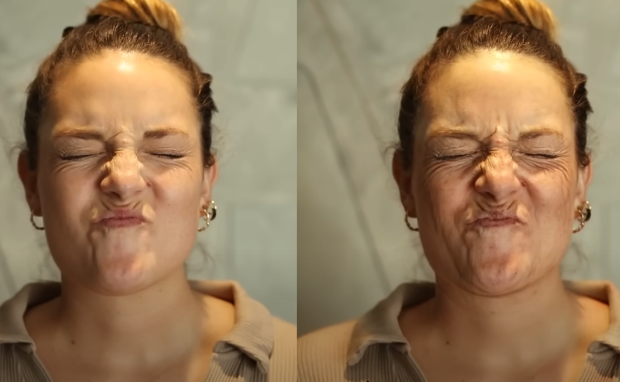 Additionally, Disney writes that visual effects artists are able to make changes to the severity of the de-aging/aging process by editing every layer that the AI has added to the original image. Disney was able to create FRAN by feeding the artificial intelligence its own large data set of thousands of randomly generated faces, while throwing in existing age modification tools. Despite the impressive accuracy of the AI and the fantastic results showcased by Disney, FRAN isn't 100% perfect at its craft.

However, perfection isn't what Disney was likely going for when designing the system, as the company states on its website that FRAN simply provides VFX artists with the tools as well as the creative freedom to fine-tune re-aging effects, which will undoubtedly speed up the VFX editing process that is both time-heavy and costly.