Overwatch 2's upcoming Season 2 update isn't far away now, where Activision-Blizzard will be unleashing its new transforming tank hero "Ramattra" and so, so much more.

The new Season 2 update will also include a new map called Shambali Monastery, which is Tibetan-themed, as well as a new limited-time mode called Battle for Olympus, on top of a bunch of Greek mythology-themed cosmetics (of course, it's Blizzard, gotta make that dosh with skins).

The new tank in Ramattra is a powerhouse, with Ramattra being the first tank that can completely change forms as part of its kit, where it can alter its abilities and playstyle at any moment in the game. It'll be an interesting turn of events in Overwatch 2, which is already radically different -- as well as beautifully familiar -- to the original Overwatch.

Overwatch 2's upcoming new map "Shambali Monastery" will see a winding path that is covered with Omnics who have found refuge within its walls. Blizzard says you will be able to transcend your enemies for the battle of mastery in the one-time home of Overwatch characters Zenyatta and Ramattra. 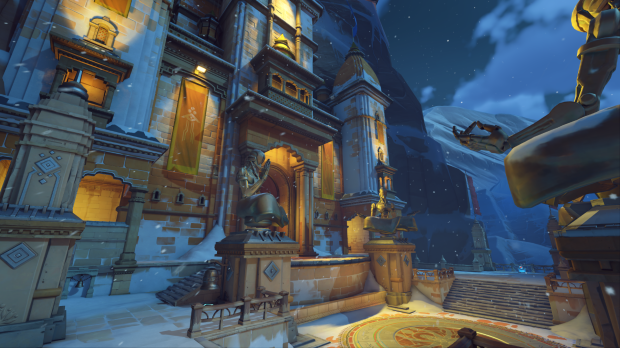 Blizzard has themed Season 2 of Overwatch 2 in the theme of gods and legends from Greek mythology, with an all-new Mythic skin: Zeus Junker Queen, which the developer says is the pinnacle award for the Premium Battle Pass. The new skin sports customizations, weapon models, voice lines, and special effects.

You can also earn yourself a Legendary Poseidon Ramattra and Legendary Hades Pharah, which can all be earned through the premium battle pass. These heroes and others will have awesome god-like powers in Overwatch 2's upcoming Battle for Olympus game mode.

Blizzard has also been busy tweaking heroes, with the requested nerf for Sojourn, as well as Doomfist being tweaked, and other heroes including Ana, Bastion, Junker Queen, Kiriko, Mercy, and Symmetra once Season 2's update has been pushed out into Overwatch 2.

On top of that, Blizzard has announced it's bringing back the Winder Wonderland and Lunar New Year events with new, and improved rewards. Each event of Season 2, including Battle for Olympus, will have a skin as a reward that you can earn by playing Overwatch 2 and completing challenges. Up for grabs: Epic Ice Queen Brigitte, Legendary Winged Victory Mercy, and Legendary Kkachi Echo.

Overwatch 2 Season 2 is unlocked on December 6, while the new limited-time event will kick off on January 5 and will run through to January 19, perfect for the holiday season. Activision-Blizzard promises more updates on what will come in Overwatch 2's new Season 2 update between now and then, with more details on the Battle for Olympus on the way.