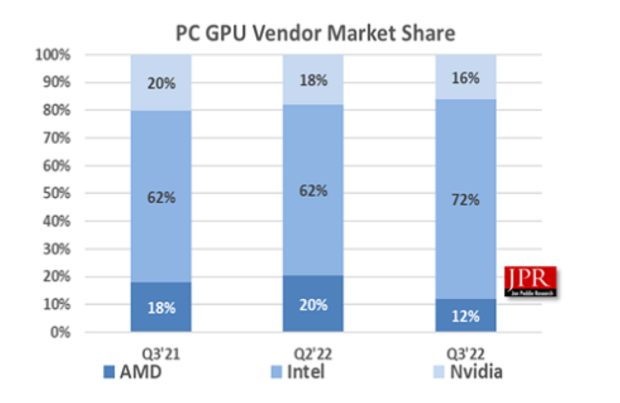 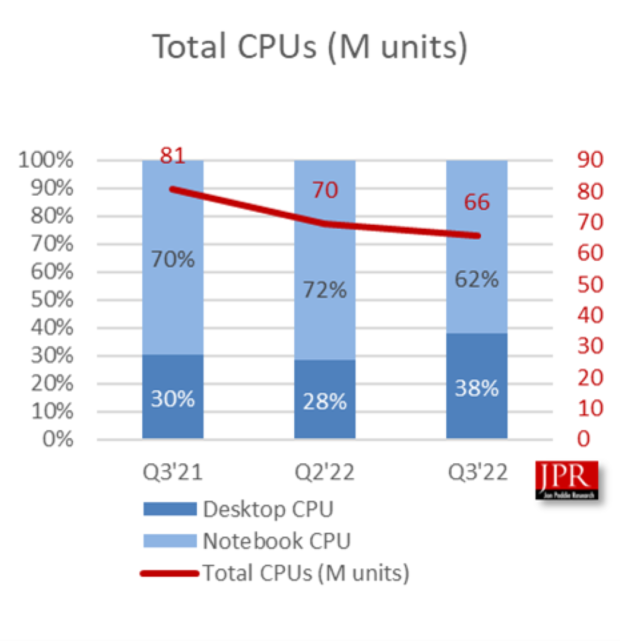 Jon Peddie noted in the new report: "The third quarter is usually the high point of the year for the GPU and PC suppliers, and even though the suppliers had guided down in Q2, the results came much below their expectations".

"All the companies gave various and sometimes similar reasons for the downturn: the shutdown of crypto mining, headwinds from China's zero-tolerance rules and rolling shutdowns, sanctions by the US, user situation from the purchasing run-up during Covid, the Osborne effect on AMD while gamers wait for the new AIBs, inflation and the higher prices of AIBs, overhang inventory run-down, and a bad moon out tonight".

"Generally, the feeling is Q4 shipments will be down, but ASPs will be up, supply will be fine, and everyone will have a happy holiday".